Blackmagic's Fusion 8.2 coming to Linux in both free and paid versions 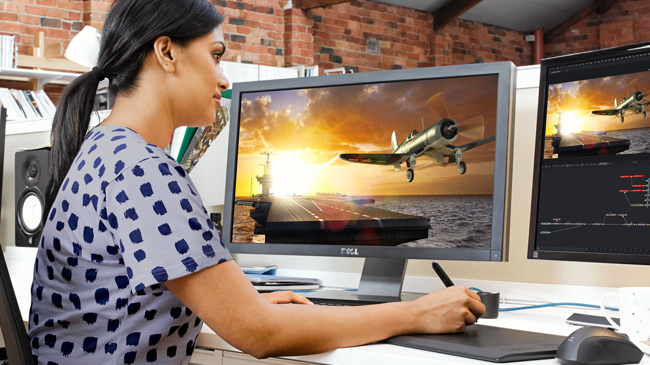 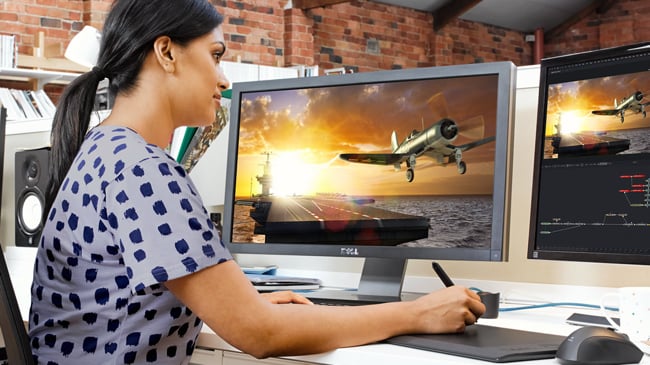 Blackmagic has announced that Fusion 8.2 has arrived for the Linux platform, following the same tiered pricing model as the company's other film creativity and productivity software.

Linux users or, at least, those that use visual effects software, have real reason to rejoice today, as Blackmagic has finally graced the Linux platform with Fusion 8.2, the latest version of its popular VFX application. And, best of all, much like the colour grading and editing dynamo Davinci Resolve, Fusion comes to Linux in paid and free versions.

While, admittedly, most post houses and environments likely employ either Mac OSX or Windows platforms (and, more often than not, both), there are still a good number of Linux VFX workstations out there. Full native support of Linux means that Fusion finally supports workflows across all three major computing platforms, opening the door for multi-platform workflows that leverage the features and power of Fusion.

Again, Fusion and its node-based VFX system come in two varieties, the same for Linux as the other platforms. The paid version, dubbed Fusion Studio, has all the available bells and whistles for $995. The free version, Fusion 8, retains much of the Studio's functionality, but loses advanced optical flow image analysis tools for stereoscopic 3D work, retiming and stabilisation, as well as support for third-party OpenFX plugins, network rendering and collaborative tools for teams.

For more info on Fusion for Linux, check out the press release on Page Two!

The world’s most advanced visual effects and motion graphics software is now available on Mac OS X, Windows and Linux!

This new Linux version of Fusion and Fusion Studio means visual effects artists can select their preferred computing platform, as Fusion is now available on Mac OS X, Windows, and Linux. All project files are common, so customers can work collaboratively, even when different artists are running different platforms on the same job.

This free version of Fusion can be used on any commercial production without restriction, however the paid edition of Fusion software, called Fusion 8.2 Studio, provides even more powerful features and is available at the low cost of $995. Fusion Studio customers get unlimited free render nodes and other multi user features. The most exciting aspect of Fusion Studio’s paid license is that there are no ongoing subscription, cloud licensing, maintenance fees or additional render node costs.

With full native support of Linux, Mac OS X and Windows, studios can run Fusion projects and workflows in mixed OS environments and easily integrate Fusion in existing studio pipelines using Python and Lua scripting. In addition, Fusion projects can be moved between the Mac, Windows and Linux versions so customers can work on the platform of their choice, or even in studios with mixed platforms.

Fusion has been one of Hollywood’s leading visual effects and motion graphics tools for over 25 years, and has been used on thousands of feature film and television projects, including blockbusters like Thor, Live Die and Repeat, the Hunger Games trilogy, The Martian and more.

Fusion can also import 3D models, point cloud data, cameras or even entire 3D scenes from Maya, 3ds Max or Lightwave and render them seamlessly with other elements. Deep pixel tools can be used to add volumetric fog, lighting and reflection mapping of rendered objects using world position passes so customers can create amazing atmospheric effects that render in seconds, instead of hours.

Since acquiring Fusion two years ago, Blackmagic Design engineers have massively updated the Fusion codebase making it easier for new users to learn, while maintaining the consistency and familiar workflow that long time users expect. Customers currently working with older visual effects solutions will find it easy to make the transition to Fusion on Linux.

Fusion 8.2 Studio on Linux also features a free render node license that can be installed on an unlimited number of render nodes. This allows large studios to create massive render farms at no additional cost, dramatically changing the economics of rendering for effects heavy blockbuster films and television shows.

Unlike other high end visual effects software, there is no per node render “tax” with Fusion. When customers using Fusion 8.2 Studio need to meet a deadline and render scenes more quickly, they can simply add more render nodes instantly, and at zero cost.

“Fusion 8.2 on Linux gives visual effects and motion graphics artists working in facilities of any size a massive tool set,” said Grant Petty, Blackmagic Design CEO. “Fusion is the only integrated 3D compositing application that can also render 3D models, add volumetric effects, particles and even motion graphics. The most exciting part is that Linux users can download it today free! Then, once our customers grow, they can then purchase Fusion 8.2 Studio without the cost of ongoing subscriptions or render licensing so they can build huge multi-node render farms to speed up their work at no additional charge!”
Fusion 8 is available in two editions:

Fusion 8 for Mac and Windows is free for customers and is now available to download from the Blackmagic Design website. Fusion 8 is a full professional 3D visual effects and compositing system that is suitable for independent effects, motion graphics, and broadcast design artists. Fusion 8 features integrated 2D and 3D compositing and motion graphics software with a massive toolset featuring paint, rotoscope, titling, animation, multiple keyers, an amazing 3D particle system, advanced key-framing, GPU acceleration, and support for importing and rendering 3D models and scenes from other applications.

Fusion 8 Studio is available for $995 and has all of the same features as the free version, but also adds advanced optical flow image analysis tools for stereoscopic 3D work, retiming and stabilization. Fusion Studio also includes support for third-party OpenFX plugins, unlimited distributed network rendering, and Generation for studio wide multi user collaboration to track, manage, review and approve shots when working with large creative teams on complex projects. Fusion 8 Studio is also available in multi user licenses starting from US$8,955 for the 10 user license, US$17,895 for the 20 user license and US $44,495 for the 50 user license from Blackmagic Design resellers worldwide.
Availability and Price

Fusion 8.2 public beta with support for Linux is available today for Mac, Windows and Linux as a free download from the Blackmagic Design website.

Fusion 8.2 Studio public beta is available for all customers with a Fusion Studio version 7.7 dongle or higher and can be downloaded for free from the Blackmagic Design website