Top 10 Stories from 2016 #3: Is something dramatic about to happen with Final Cut Pro X? 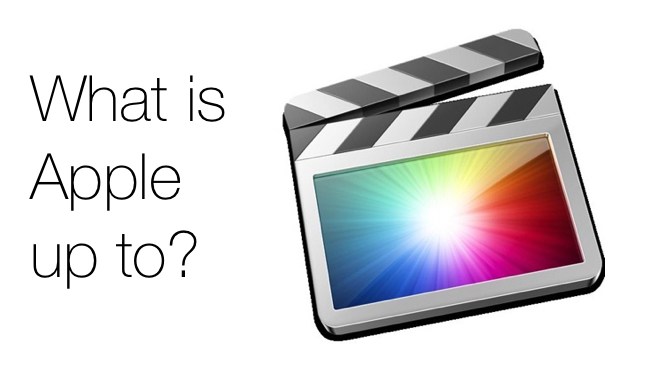 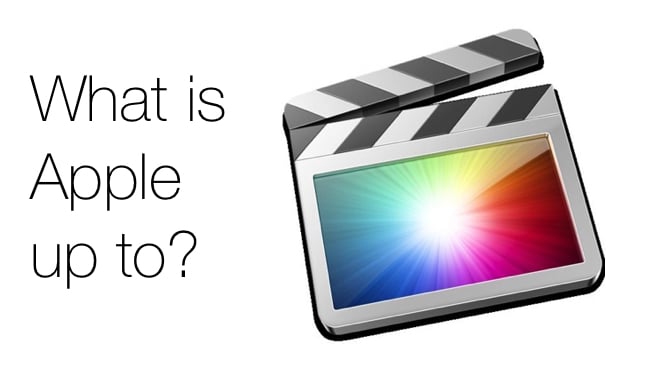 What does the lack of recent updates mean?

Our countdown hits the Top Three with proof that anything related to Final Cut Pro X is an incredibly popular - not to mention at times sensitive - topic out there. As Clayton Moore wrote in July, the software had been updating on a regular basis and then it just stopped. There are two reasons this happens at Apple: either it’s about to be killed off, or there is something new and better waiting in the wings.

There are two reasons that updates just suddenly stop happening at Apple. 1. It has decided to discontinue the software (see Aperture). 2. It is on the verge of releasing a whole new version.

I believe the answer is behind door number 2.

All of which brings me to the question of secrecy, particularly as it pertains to the professional software market.

Anyone who has attended NAB has seen professional software product announcements. Even when the software was not ready to ship, users can still see it and ask questions about it. Its always been helpful for professionals to see what's in the pipe, it helps them plan for their future, and when you're in business, being able to anticipate what's coming can be the difference between success and failure. For this reason, secrecy has always been a bigger challenge in the professional space then in the consumer space.

Apple has a long tradition of secrecy and hyper security. One of Steve Jobs favourite quotes was:"Good artists copy, great artists steal.” That is unless you stole from him, then it was a whole other deal. Then his favourite expression tended to be "thermonuclear war".

I first went to work at Apple many years ago when it was still Apple Computer Inc. and computers were beige. You could not take an empty cardboard box out of the factory without a signed security release form. In Apple's defence, competition was fierce and in the time when Apple was struggling to get back into the game, everything mattered. Over the years however I still remember thinking, there were instances where secrecy simply made no sense.

Apple Computer Inc., is now Apple Inc. Now their business model is virtually all in the hyper competitive, and high stakes consumer space with between 60-75% of their revenue from outside the US. In sales by product category, the iPhone has been the leader since around 2011. As of today, Mac sales only hover at around 11% of the total. iTunes, software and “other" share just over 7%. I'm sure Final Cut Pro X (other) could be found in there somewhere if you look really hard.

As is, the market segment in pro video vs. consumer across the entire market is pretty small. When you parse it out, it seems clear that Final Cut Pro X has little significance to Apple from a business standpoint. Even if you tried to make a case to promote Mac Sales (slim at best), with Mac sales around 11% it would be pretty simple to argue the case that Final Cut Pro does not pay for itself.

If you did a show of hands right now in LA with professional post production people you would see between last year and this year the growth segment in adoption of NLE is clearly with Adobe. The needle for FCPX has hardly moved over that same time period. If you could see the hits of a training site like Lynda.com you would also know that Premiere had momentum there as well.

The point of all of this is to ask why the secret about FCPX? In the case of Apple and Final Cut Pro, secrecy makes no sense. One could argue It feels a little like putting double locks on a house no one wants to gain entry to. You could argue that if Apple had a renewed commitment to the professional software space at all, they could have easily carved out some of their vast fortune and had a public software preview at NAB. Think about it: they preview consumer software and features at WWDC, but software that has effectively no business significance to them, they keep secret. Why? Is it just habit? Just what they've have done for decades? The release of Final Cut Pro XI or whatever they'll call it, will be cool, but my prediction is that we'll all still go: "What was the big secret?"

I maintain that whatever advantage Apple thinks it gains by keeping this secret, it pales in comparison to demonstrating more commitment to the professional video space by bringing users into the circle. I use FCPX myself and like it, but I have Premiere as well and I'm toying with Resolve's NLE module.