Kyno: the upcoming video tool that does it all? 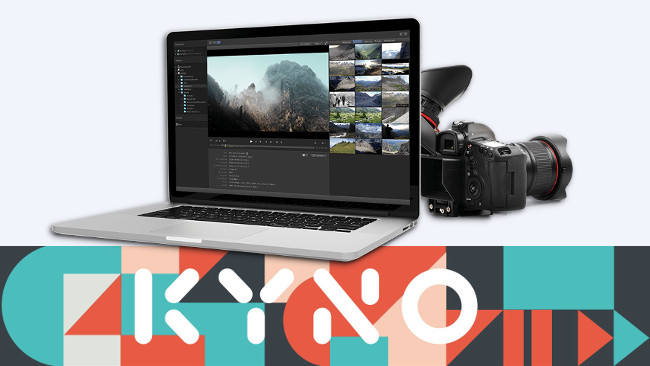 The public beta of Kyno, a forthcoming media tool that strives to be a complete "browse, log and export" solution, is generating a fair bit of buzz.

Frankfurt-based developer Lesspain Software touts Kyno as "the get-things-done approach to video." And from just a few minutes with the public beta the company has posted, this application does live up to that description.

Kyno is yet another of those browse, log and export video applications. But I wouldn't dismiss it as a 'me-too'; it is about as complete a solution as any product on the market.

Available now only for Mac, but with a Windows version under development, Kyno has 12 different features for dealing with your camera footage.

Browse connected drives or camera media and even play that media directly from the camera media. It will read virtually any video file format with the exception of RAW formats. AdobeDNG (such as produced by Blackmagic Cameras) is a promised future enhancement.

Search media regardless of its physical location. Media does not need to have been previously ingested.

Screen content in the Kyno player window. This player has been developed specifically for the application and with video professional use in mind.

Markers are a powerful component of Kyno. Markers can define subclips, stills for export, or simply comments. Markers are prominent in export capabilities. For example, Kyno can export a still at a particular marker either individually or batch. Markers can also define the next component of Kyno, Subclips. As it implies, the Subclips function will export only the portion of clip you desire.

Audio and Image support is limited in this initial beta release and Lesspain is soliciting user input into what would be most useful. While not intended to be strictly a Digital Asset Manager, Kyno does have database functionality and the developers hope to expand upon cataloging capabilities.

Markers can also be used for a direct export to a Microsoft Excel file, which will contain a thumbnail, timecode stamp and any comments entered when creating the marker. This is important for collaboration.

Kyno has flexible storage location of files. No need to consolidate into specific folders.

Among the user-defined metadata fields are Tags and Ratings. These do export with media and can be read by any of the supported NLE's.

Finally, media can be renamed individually or batched.

The early betas of Kyno have proven stable and the program shows tremendous potential for a complete media browsing, ingest and export tool.

The Kyno beta may be downloaded from lesspain.software and will have a license valid for 90 days. The company anticipates August 2016 release with an early-adopter price of $99. That price is slated to rise to $159 at an unspecified date in 2017.