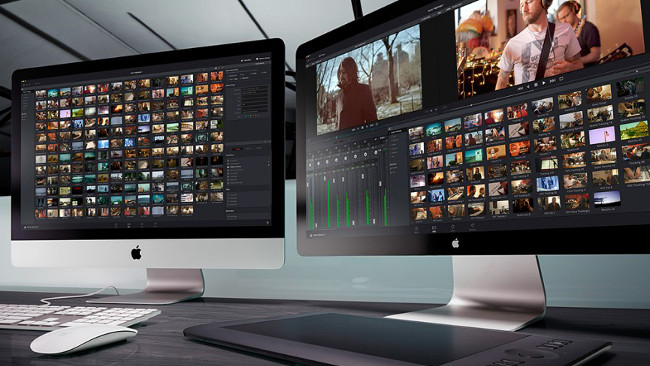 Here are assets and tools that will greatly enhance your video editing workflow.

Editors have to keep track of a million things at once. From logging footage to color grading, an editor is a multi-disciplinary master who must balance strict deadlines and professional standards. Let's take a look at five fantastic tools for video editors that make it easier to give projects beautiful elegance when crunched for time.

Color presets are an essential tool for every video editor. In professional situations, you'll always want to tweak your video's color grading by hand — but if you're up against a strict deadline, color presets can save you a lot of time.

A great way to utilize color presets is to treat them as a jumping-off point. Instead of trying to create a custom look from scratch, use a color preset to get your footage close to the look you want and manipulate it from there.

There are a lot of color presets available online, but the most popular are the Magic Bullet presets from Trapcode. While a bit pricey at $799, these presets feature professional looks that can be used to emulate dozens of video styles. If your budget can't support forking over hundreds of dollars on presets, then I recommend downloading PremiumGrades from PremiumBeat. The twenty vintage-inspired presets can elevate even the dullest footage.

Light leaks are another great way to take your footage to the next level. If you're not already familiar with the term, a light leak is simply a clip of 'light orbs' that can be placed into a video project. It used to be that you would only see light leaks in vintage-style videos, but they've started to find their way into modern video projects as an alternative to lens flares. Light leaks can work as an ambient element that simply moves around in the frame, or they can be used as a transition from one frame to the next.

There are quite a few places online that sell light leaks, but my favorite option is the Illuminate Light Leaks pack over at RocketStock. The pack includes 120 4K drag-and-drop video assets. Once the assets are in your timeline, they can be converted into see-through light leaks by changing the blending mode to Screen or Add. The following demo shows RocketStock's Illuminate Light Leaks pack in action:

After Effects templates make it easy to create professional graphics for any genre. Instead of spending valuable time creating a look, editors can go to After Effects libraries like RocketStock and pick the perfect graphics for their projects. After a template is purchased, it can be used forever in an unlimited number of projects. Time will be saved and clients won't know that a template was used. It's a no-lose situation.

Here's a quick demo of one of my favorite After Effects templates, Label. It's an incredibly well-designed template, yet generic enough to be used in many different types of video projects.

Another great tool for editors: a great collection of royalty free music and sound effects. As you probably already know, licensing prevents editors from simply using the latest Taylor Swift song in their video projects. That's a fast and easy way to get sued.

Instead, royalty free music providers allow editors to use their tracks for an upfront fee. While most providers only allow tracks to be used in a single project, our friends at PremiumBeat allow their tracks to be used in an unlimited number of projects when a standard license is purchased. This can save you literally thousands of dollars in the future. They even allow you to download a watermarked version of each track to test out before you buy.

No, we're not talking about video footage of trees. Each video project requires unique and purposefully chosen video. No two videos will look exactly the same (unless that's the point, of course). However, when working on projects like corporate videos, there are often types of footage that are common across multiple videos. Perhaps you need a shot of people shaking hands. Maybe you need an aerial shot of the New York City skyline. Whatever your need, you're going to have to pay money to use a decent clip in your project.