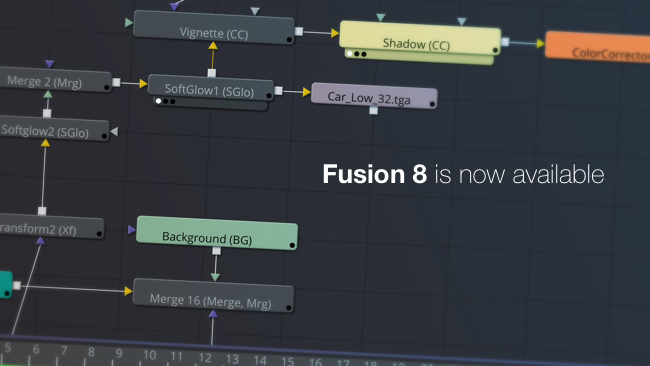 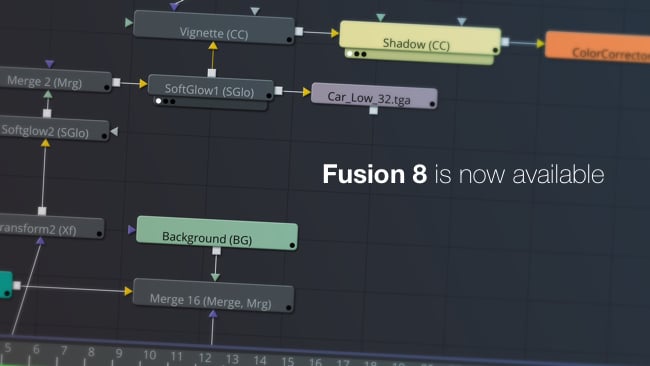 In a first, Blackmagic has ported over its popular and powerful motion graphics and compositing package, Fusion, for use on your OS X devices.

This is a significant release because it is the first time that Fusion has been able to run on a Mac as well as a PC. So, there's a sizeable new audience for this previously PC-only software.

Fusion is a 2D and 3D compositing and motion graphics tool with a node-based user interface. Largely analogous to a flow chart, the node system is extremely fast, flexible and powerful. It may take a while longer to learn, but it's almost certainly the most appropriate type of interface for this category of application.

It's a deep application, too, with keying, rotoscoping, retouching, title animation, particle effects, as well as the ability to import 3D models, point cloud data, cameras or even entire 3D scenes from the well known 3D packages.

It's the ability to integrate these models with other elements that makes Fusion stand out. Volumetric fog, lighting and reflection mapping of rendered objects means that complex 2D and 3D scenes can be built and manipulated efficiently.

There are two versions of Fusion for Mac and PC. Fusion 8 is available now free of charge and has a full range of features.

Fusion 8 Studio is also available now from US$ 995. It has all the features of Fusion 8, but with added optical flow image analysis tools for stereoscopic work, retiming and stabilisation. It also includes support for third-party OpenFX plugins, unlimited distributed network rendering and Generation for studio-wide multi-user collaboration to track, manage, review and approve shots when working with large creative teams on complex projects.

With Resolve and Fusion, Blackmagic has an extraordinarily powerful suite of production and compositing software. Now that Fusion 8 and Fusion 8 Studio are available for Macs, too, we can see them rapidly moving towards being a must-have application for keen beginners and experts alike.