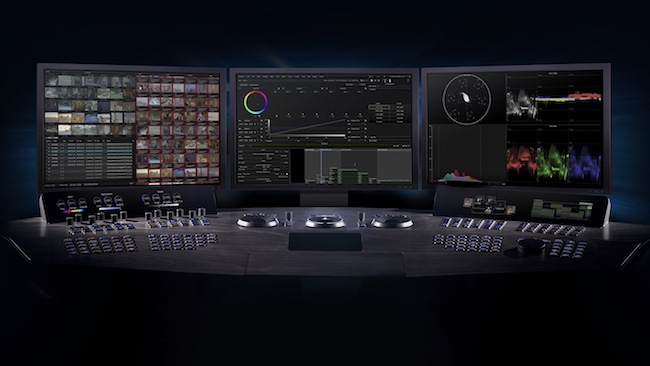 As part of a neat marketing synchronicity, Baselight 5.0 adds 50 new features into the software, but without doubt the headline from out of those 50 is the addition of Base Grade.

The lift/gamma/gain approach to grading has been such a fundamental for years that reimagining it feels like a bit of a shock. Lift adjusts the blacks, gamma the mid-tones, and gain the white levels, and that is the way that things are done. Period.

Base Grade, however, uses what the company insists is a more natural and instinctual approach and provides a set of controls that mimic the way the eye ‘appreciates’ colour (you’ll notice nobody is throwing around such lumpen terms as ‘sees’ here). Controls basically govern exposure, temperature and balance, leaving colourists with what Baselight insists is a more natural feel and smoother changes.

Sure, you can adjust these levels in other software packages and some control surfaces have dedicated buttons for the task, but this has them front and centre of the whole operation. And that is a step change to say the least.

“We have pushed our expertise in the science behind colour to the point where our customers’ creativity and productivity is not held back by technical limitations,” said Wolfgang Lempp, CEO of FilmLight. “It’s an approach which is way ahead of anything anyone else is doing in colour.”

Elsewhere, Baselight 5.0 has ramped up its HDR capabilities through colour space ‘families’, which simplify the deliverables process for distinct viewing environments such as television, 4k projection and handheld devices. Gamut optimisation, meanwhile, provides natural gamut mapping deliverables and avoids clipping when captured colours can’t be displayed on a screen — the sort of feature you suspect will be quite crucial as HDR services roll out.

Alongside such other news goodies as a dedicated keyer for production quality blue and green screen keying and a perspective operator to allow easy screen replacement and re-projection, there is also a neat new approach to remote grading which allows Baselight workstations in different locations to collaborate. A remote team can browse any scene on their own or be locked to the master suite and follow a grading session live, while the remote colourist can take over and suggest changes, all of which will be instantly reflected on the other systems.

More will be on show in Vegas at NAB which, let’s not forget, is now only three weeks away.