MochaBlend aims to bridge the gap between 2D and 3D workflows 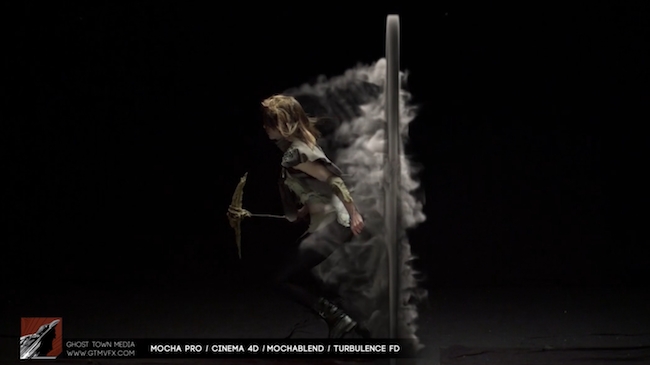 2D and 3D workflows have never managed to play nicely together, with all sorts of inelegant kludges developed to get them to talk. All of which makes Imagineer’s new plugin for Maxon C4D all the more elegant.

The plugin has been developed by Good Spirit Graphics and is the first release under a new partnership between the two companies. Essentially it imports mocha data, including 2D planar tracking data and roto-splines into 3D space, thereby hopefully giving visual effects and motion graphics artists some innovative and interesting new ways to marry computer graphics to video footage.

Certainly it seems both quick (early reviewers have made some fairly impressive claims about easily creating objects that would otherwise have taken weeks and the phrase ‘game-changing’ has been thrown about) and useful, a Single Plane Solver promising to take the complexity out of traditional 3D camera tracking and match moving.

Being able to convert roto-splines from mocha into animated geometry with depth that can interact with both physics and simulations inside 3D animation is a fairly big deal, and the video below — created while mochaBlend was still in beta — shows what can be achieved. This is by David Torno, the Technical Director of Ghost Town Media in Los Angeles, who first used mocha Pro to rotoscope footage of a woman running on a set. The mocha animated spline data was imported into C4D’s 3D space using mochaBlend and then extruded to drive a particle system, which is what you see when the figure crashes through the wall.

Imagineer calls mochaBlend a “unique time saving solution for animators and technical directors,” and, judging from what’s been seen so far, it may have a point. Pricing starts from $250.