Sweden: a hotbed for CGI talent 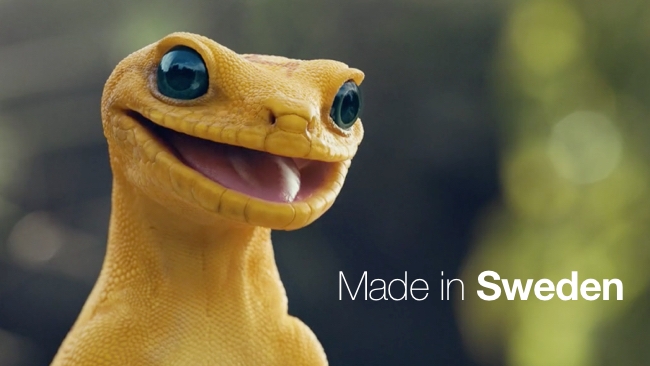 Post production takes place all round the world, and even includes some hot spots in frigid climates that you might not expect.

Earlier this year I visited FIDO, a busy CGI facility in Stockholm, Sweden. Their most recent headline-grabbing work is Kung Fury - a funny, lovingly-recreated ‘80s spoof with some achingly funny visual gags.

What I noticed is that for people working in this Scandinavian capital city, it’s subtly different. Because, overall, people seemed happy!

Now, anyone that’s spent time in Sweden, Denmark or Norway knows that it’s not necessarily utopia. The winters are long and cold, and it’s expensive to live there. Norway’s economy is somewhat different because they have oil and a massive sovereign fund that makes them extremely wealthy in a way that other countries (including the UK, which also had oil, but, perversely, now has a massive deficit!) can only dream about. But broadly, it’s true to say that these countries are probably the best example in the world of Social Democracy, and the idea that if you pay high taxes, then you don’t have to worry so much about getting old, getting ill, or getting unemployed.

I was there courtesy of Dell, who wanted to show us how its Precision Servers are being used in various media businesses around Stockholm. To its credit, it didn’t plug its products heavily and it was a genuine insight into how this northerly country has its own culture of content creation.

Swedes have a built-in advantage when pitching for international work: they speak English almost perfectly. They consistently rank as one of the top countries in the world where English as a second language is pervasive. In my time there, not a single person failed to talk to me in clear, fast, colloquial English. This is not to say that you wouldn’t want to learn Swedish if you lived there, and one Brit who had worked at FIDO for several years was fluent. But if you wanted your CGI work done in Stockholm instead of LA or London, then language would be at the very bottom of your list of concerns.

Fido’s output is impressive. There’s a tangible sense of meticulousness. You can see this in all their output but especially in Kung Fury, where the whole film was processed, ironically in an age of super high-resolution, to look like it was being played back from a dodgy VHS tape.

I got the impression that when you work in a Swedish media company, there’s less of the “Hire and Fire” culture of what the French like to refer to as the Anglo-Saxon economies, and more of a nurturing sort of relationship between employer and employee. I’m not saying which is better, just that both seem to get results.

Here’s FIDO’s showreel, which, I have to say, is as good as anything I’ve seen, anywhere.