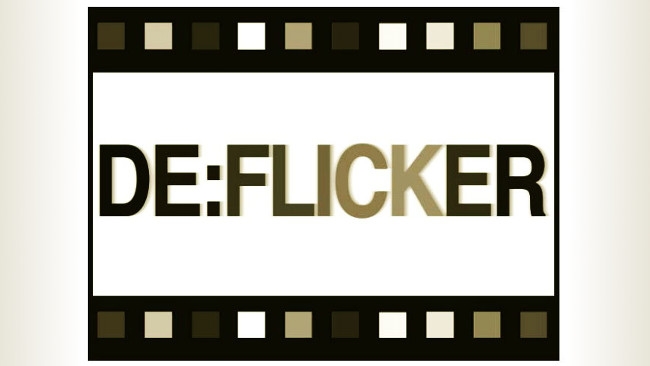 RE:Vision Effects has expanded the compatibility of its anti-flicker plugins to encompass OpenFX. Phil Rhodes comes away impressed.

It's a cruel irony that the cameras least able to deal with lighting conditions that may provoke flicker are often the most likely to encounter it, on documentary or low-budget shoots where global-shutter cameras and flicker-free lighting are both hard to find. Even if you're in the somewhat less rarefied circumstances of high speed or stop motion shooting, even tiny problems can create some truly psychadelic stroboscopy, as light levels fluctuate between (or even during) frames.

It's this general class of problem that RE:Vision Effects' anti-flicker plugins are designed to address. They've been available for After Effects and Premiere, as well as Final Cut Pro X and Motion, for a while, but the company has now repackaged them for OpenFX-compatible hosts including Nuke, Vegas Pro, Fusion, HitFilm, Scratch, Natron and Nucoda (there's no word on Resolve compatibility, but it's an OpenFX host, so one would hope it would work).

OpenFX itself is a very good idea. It's a standardised way for image-processing plugins to communicate with the host application, meaning that there is, ideally, no longer a need to produce specific versions of the same plugin to suit different applications. The standard has been in the wild for more than ten years and take-up has been perhaps a little slow, which is a shame. Still, every time someone releases a new plugin with OpenFX compatibility, the situation improves slightly, so three cheers for RE:Vision in this regard.

The capability of the plugins appears, like that of much modern software, to be sheer witchcraft. There are several modules aimed at tasks, such as high speed and stop motion photography, as well as an automatic level adjustment tool which can be used to detect and fix certain types of flicker. The heartening discovery is that there is enough manual control to allow various problems to be appropriately addressed – it's instinctive for plugin publishers to try to boil everything down to an 'auto' button, but RE:Vision quite correctly recognises that this isn't the best approach for a piece of software that's designed for professional use.

As such, there's a considerable degree of flexibility, with controls to tune the effect to suit the flicker problem in question, but also to tell it which frames should be considered as references. Particularly, the software has awareness of typical real-world problems, including the alternate-frame flash created by shooting at frames rates related to the local mains frequency, or in situations where there are three phases of lighting which cause complex three- or six-frame flicker groups. There will always be situations where things really aren't fixable, such as where all the lighting is on one phase and alternate frames are almost completely black - no software could completely rebuild information that simply isn't there. In the main, though, the plugins do a good job given the information that's available.

We'll end on a particularly spectacular piece of sorcery in which two of the package's filters are used to fix what is, on the face of it, an extremely tricky problem, where the very high flicker rates of LED lighting and the rolling shutter of a DSLR interact to create pronounced horizontal bands, variously referred to as hum bars or venetian blinds. Although this doesn't, on the face of it, seem to be a problem of flicker (or at least not solely of flicker), a stack of three filters is demonstrated which first reduces then practically eliminates the problem.

The Re:Vision Effects DE:Flicker plugin set is available for various platforms, now including OpenFX, for US$249.

There's no two ways about it. Making a good hyperlapse is incredibly difficult, even for the simplest ones. Which makes this tourism promotion all...