The future progress of retro video 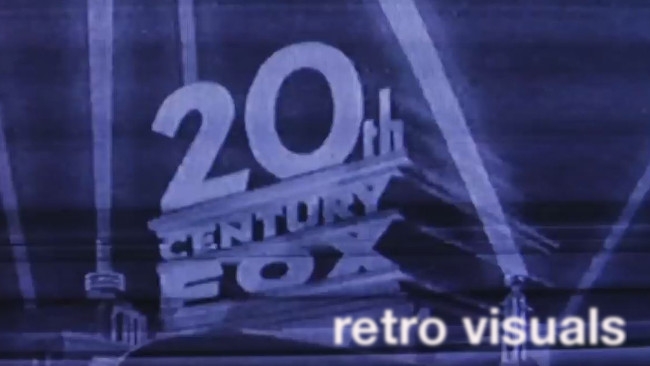 From the Alien Isolation trailer

Phil Rhodes explores the appetite for retro by profiling some common film and video damage from the 'bad old days' that modern editors frequently use as a deliberate effect.

Ever since someone first consciously lined up a shot to create lens flare or cut a stop flash into a music video, there's been an appetite for the accidental in graphic design.

If you've never sat in a telecine session and watched raw camera footage, the early days of MTV may be your only frame of reference for stop flashes. They're caused by the gradual slowing-down of a film camera's mechanical workings, creating a gradually increasing exposure, increasing apparent speed of motion over the last few frames of a take and vice versa for the first few. Depending on the camera, the effect can be more or less pronounced and last for more or less time, but the overall effect is similar in each case: a rush of motion and a flash of light. It's an effect for which editors and directors looking for a little visual punch have reached many times and spent a lot of time simulating in After Effects.

Let's not stop there; let's also talk about edge fogging, the flashes and ripples of light which appear at one side of the picture if a coiled roll of unprocessed film is accidentally exposed. Perhaps made most famous by the Super-8 home movies of the 60s and 70s, the light is often orangish if the light leaks came from a low-temperature household tungsten light bulb and struck (broadly) daylight-oriented Kodachrome film stock. I could go on, but it's pretty obvious: postproduction tools have been able to emulate lens flare and the grain and dirt of a poorly-treated film element for almost as long as they have existed. There's now more than one company in the UK dedicated to shooting wedding videos on Super-8.

This push for the retro is something that progresses, though. Stock footage consisting of nothing but edge fogging and stop flashes against black is regularly sold for actual money, but it's becoming increasingly common to see titles such as "VHS Tape Clutter" alongside them. The effect was widely used in the computer game Alien Isolation, visible from the first few frames of the trailer alongside some deliciously 80s-style motion graphics.

Okay, so nobody's going to want a wedding shot on VHS, at least not for a while. But when electronically inserted stop flashes became popular, VHS was a current, even recent, technology. Does retro progress in step with the development of technology? Well, no, because film artefacts remain popular tricks; the mistakes and failures of analogue tape are just being added to the mix. Various elements of design can become tired and passé, of course, but there's no sense that the gritty, high-contrast black and white look, emulating early silent filmmaking, is any less popular as a visual trope for the more stylistically adventurous modern production than it ever was. Now, we increasingly see the scattered pixels and blocky breakup of early video codecs and malfunctioning computer networks used for style, too. Consider this promo for Cyberpunk 2077, particularly the end title:

Each one of these things says something about the material to which it's applied (implying a historical context or something about the world the director is trying to conjure up) and there's nothing wrong with an increased range of options in that respect. Making moving pictures look broken, for whatever reason and by whatever technique, is a growing field.

A language of broken images?

Whether this has anything to do with the current trend towards lifted blacks and greyish shadows in commercial photography is another matter; is the heavily-backlit look, full of late afternoon sun, intended to mimic the faded photography of a more innocent, remembered period? If so, we might assume that it probably won't work terribly well on anyone born after the late 80s, which was more or less the point at which extremely dubious analogue video cameras took over from the last holdouts of Super-8 (and Super-8 doesn't look like that when it fades, anyway). Consider this commercial – between the grade and the lens flare, is there any significant shadow, at any point, that's at less than about 25% luminance?

What we might also realise, though, is that certain things become established as tropes all of their own, regardless of anyone's personal experience of the motivating aesthetic. Fashion has never needed justification.

The underlying message, if any, is therefore to drop in stop flashes, VHS clutter, fogginess, pixelation or whatever seems right, because even if it isn't right, if enough people do it, the viewing public will begin to understand – and if you dare to be an innovator, you'll at least be able to wear the feathered cap of originality. In the meantime, though, anyone interested in shooting VHS without the inconvenience of a ninety-pound camera with a ten-minute battery life can look at Rarevision's VHS Camcorder, an iPhone app that very accurately simulates the appearance of material shot on a malfunctioning handycam from about 1986, right down to spoofing the year in the blocky, pixelated characters of the burn-in. It's only a matter of time before someone shoots an entire feature on it, just for kicks.