Making the break into the big time 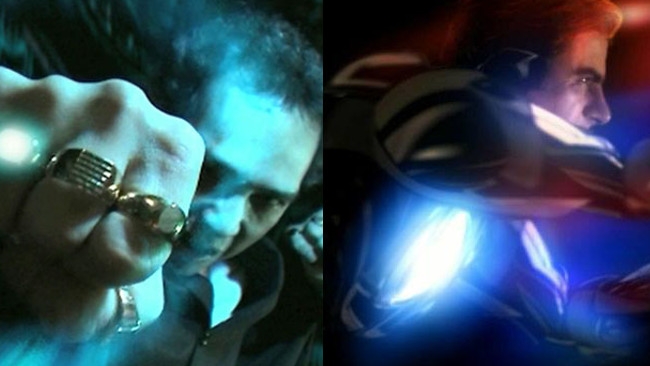 The work of David Guivant

Daniel G. Roberts talks to VFX artist and indie film director David Guivant, a man whose stunning low budget works have propelled him from his native New Caledonia to the verge of some seriously big things.

In the world of independent filmmaking, sometimes making the jump to directing a major film can come from a hot indie film that wows the right people. A recent example is Colin Trevorrow's charming low budget film Safety Not Guaranteed, starring Aubrey Plaza (Parks and Recreation) and Mark Duplass, who has become a major indie auteur in his own right. This, of course, led to Trevorrow helming the fun and box office smashing hit Jurassic World.

Another 'way in' is with a fun short film that can easily be seen by millions via Vimeo and YouTube and, if it picks up enough steam, it could pay off big-time. Ruairi Robinson did just that with his proof-of-concept VFX short, The Leviathan, and now it's being turned into a major studio film with producers Simon Kinberg (X-Men, Fantastic Four) and Neill Blomkamp, who had his own short film turned into a major hit film with District 9.

With that, we turn to young independent filmmaker, visual effects artist and all-around fanboy (sci-fi, anime, toys, and more) David Guivant. He lives in New Caledonia, which is a South Pacific Island, and started cutting his teeth in 'fan films' which looked like they cost millions to make. His first was a tribute short, a fictional live-action Iron Man TV show opening ($900 budget), which he filmed in 2006 (and completed in early 2008), before Jon Favreau and Robert Downey Jr. put the Marvel character on the map. Check it out here:

His newest project is a throwback to a popular 1980s cartoon called M.A.S.K. and I thought it would be a good time to talk to David about his work, gear and software, other projects and more.

RedShark News (RSN): Hi David. Tell me about your education, following and during your various short films, projects and fan films.

David Guivant (DG): I recently gained this certification from "The Digital Animation and Visual Effects School" at Universal Studios, Orlando Florida. I worked on The Solo Adventures, a 3D Star Wars-inspired student film which featured Han Solo and Chewbacca. This animated short won "Best Fan Animated Short Film" at the Star Wars Celebration V in Orlando by director George Lucas, who was the judge at the event (December 2009).

RSN: In addition to the Iron Man fan film (opening credits), what other projects have you worked on?

DG: I brought pulp comic hero Captain Future to life in a fan-made trailer, also shot on a shoestring budget in a classroom. 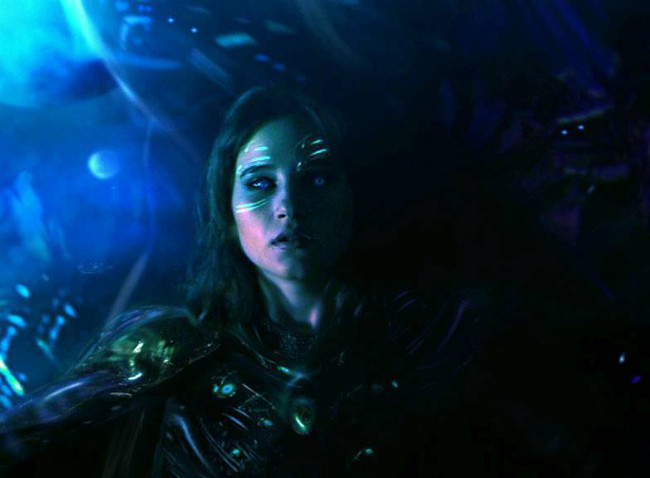 I also worked as pre-production artist on ANTHRO by director Aristomenis Tsirbas (Mechwarrior and Battle for Terra).

After teaching several modules like After Effects and Traditional Drawing / Painting for a semester at the Singapore Polytechnic, I went to the United Kingdom to upgrade my visual effects skills in the Compositing area at Escape Studios London.

RSN: Let's talk gear and software! What computer do you prefer, and what's your software of choice?

DG: Gear-wise, I mainly work on Macintosh computers, and software, I use Adobe, such as Illustrator, Photoshop and After effects.

RSN: What sets you apart from other VFX artists and how are you able to produce all your FX on such a shoestring budget, only in 2D?

DG: Indeed, most of my fan made projects are all done in 2D. I never used any projection mapping or 3D models in any of my own personal projects, but at Daveschool, for the Star Wars Solo adventures and ANTHO are the only ones that required 3D models and animation. Anyway, as an admirer of classic anime and manga, I have just completed a project called Captain Future, as mentioned earlier, as a live-action anime. It was inspired by the Sci-Fi classic created by Edmond Hamilton and the Japanese Anime from the 1970's.

DG: My projects are all produced using 2D compositing techniques, following director Kazuaki Kiriya's footsteps (he worked on Casshern, Goemon), where animation and live-action collide, and no 3D has been involved.

RSN: Got any creative tricks for our readers?

DG: Absolutely! While working on the Iron Man fan film, I had only a tiny budget of $900 (from my pocket), I had to resort to various tricks in order to create different alien worlds. Director George Lucas used potatoes for the asteroids in The Empire Strikes Back, and salt for the waterfalls in The Phantom Menace, so why can't I use similar ideas? Thus, most elements used in the fan film are composites made of food! Here are some examples that I used:

Captain Future has already been selected to be screened at several events worldwide. All of my artistic projects are non-profit and serve as demo reels to apply for jobs in the entertainment industry.

RSN: Tell me more about your next big challenge, the fan film based on the 1980s cartoon M.A.S.K., a show I loved as a kid and I had many of the toys.

DG: Post-production on my latest new project : Mobile • Armored • Strike • Kommand (semi-live action and animated) short film has begun, inspired by THE 1980s hit cartoon and famous towline M.A.S.K. A very ambitious and non-profit project indeed as for those who are not familiar with the M.A.S.K. franchise, this adventure describes itself as GIJOE meets FAST & FURIOUS. 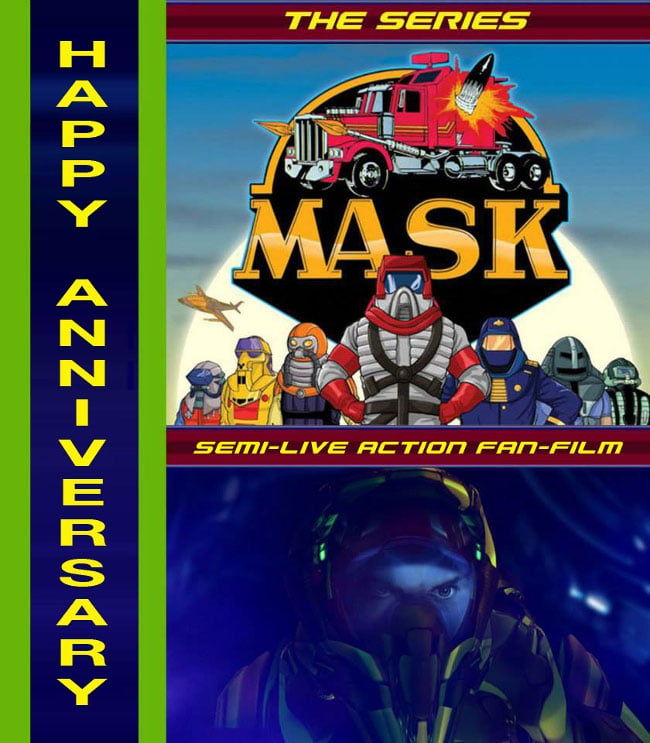 Some other insight on the storyline which will take place many years after the first season of M.A.S.K and DC comic storyline: Scott is going through college, fans can expect some updated vehicles as well as new updated costumes and a compact T-BOB (Robot sidekick).

DG: I also received a mail of praise from Joe Del Beato, original inker on the M.A.S.K. comic book from DC Comics and Doug Stone (original voice for Matt Trakker). Both of them are still amazed that M.A.S.K. is still popular after so many years.

I am also a big admirer of director and designer Shinji Aramaki (Appleseed - Captain Harlock) who also contributed to M.A.S.K., Starcom and Captain Power. His designs on many American cartoons and anime will be predominant in my project.

Thanks to GOD, a few fans from Singapore, Porto Rico, USA, France and England and have also joined forces with me on this fun project, acting as consultants making sure that my new designs and technological enhancements remain true to the spirit of the classic cartoon and DC comic book that we all love and treasure, even if my project is more considered as a sequel.

RSN: Where are you at in the process of production and post-production?

RSN: Besides making cool fan films that many will enjoy, even if they didn't grow up on them, what's your ultimate goal?

DG: Director Neil Blomkamp has been discovered after his third short film, which was turned into the feature film District 9. I hope M.A.S.K. will be the one that will give me my first break into the entertainment business.

For more videos from David Guivant, check out his YouTube and Vimeo pages!