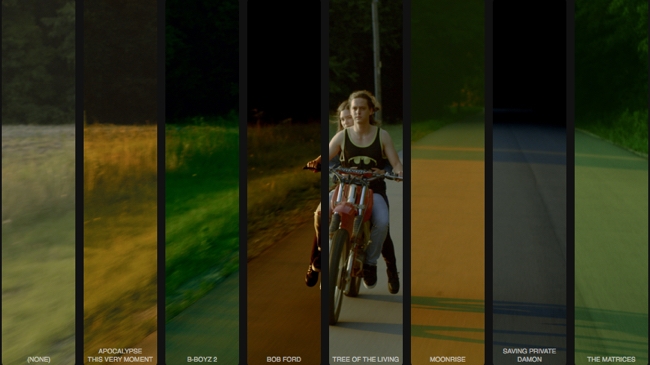 Free iconic colour looks and tutorials are available from SmallHD.

From their name, it's no great surprise that SmallHD makes small, full HD monitors that sit on top of cameras to give an accurate representation of what's being captured on set. Recent designs have included the ability to apply a LUT (Colour Look Up Table) to the displayed image, so that flat, cinema or log modes can be shown approximately as they will appear in the final grade, rather than as washed-out, low contrast images.

It makes a lot of sense to do this. Directors and other personnel concerned with the final look of the film can work with more confidence if they see a representative image on set.

For many, it's a new way of working, and it can seem complex at first.

To make things easier for anyone starting out with a LUT-based workflow, SmallHD has released seven ready made LUTs that recreate the looks from iconic films, including Apocalypse Now, Saving Private Ryan and The Matrix. They've also published tutorials show how to use them.

The looks were made in Blackmagic's Resolve and can easily be applied to on-set monitoring equipment such as SmallHD's own 500 series HD monitors.