Beauty or believability: is the effect of CGI in films actually getting worse? 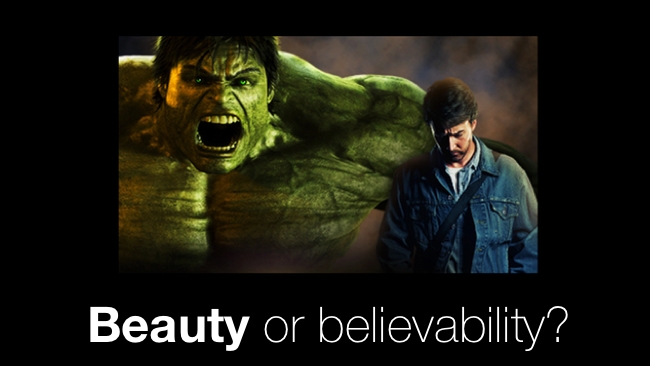 Computer generated effects have been seen in films for at least a... generation. They started out small and have grown to the point where the entire screen is CGI, including live-action from the actors, via motion capture.

Here's a video that talks about how some of the early effects were more effective, despite being less - how shall we say this - accomplished. The theory proposed in the film is that while early effects might not have been so good, they used natural backgrounds, and so kept the viewer grounded in reality.

As CGI has grown to take in an entire film set, so has believability diminished.

And then there's the Uncanny Valley: the apparently genuine consequence of being in the presence of a CGI human that is so close to being real that it makes us feel uneasy.

This is a good exploration of these issues. Some of the reasoning is on slightly shaky ground, we feel (some of the examples are cherry picked) and the data supporting the arguments is does not prove cause and effect - but it's a good exposition. Well worth watching.