A Blender full of controversy 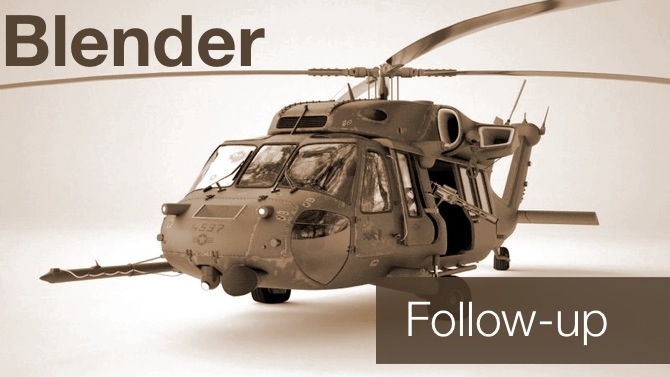 One of our contributing writers, Phil Rhodes, wrote an article critical of the user interface and development management in Open Source Blender. The Blender community rose in its defense. Here’s our response

A RedShark colleague caused a bit of controversy with a recent opinion piece. Cinematographer Phil Rhodes, a frequent contributor to this site, penned an article describing his love and hate relationship with Blender, a powerful yet challenging open source 3D modelling and animation tool.

The conversation spilled from RedShark to blenderartists.org, where the topic was taken up in a thread entitled ‘Scathing commentary on Blender’. To be fair, when I read Phil’s article, I thought he had some valid points, yet I didn’t share his frustration with the program, and mentioned as much on that thread.

As expected, most of the thread’s other respondents took to Blender’s defense, critiquing the critique. Some could ‘see where he was coming from’, but thought he lacked the requisite experience in the program to make such judgments. A handful actually agreed with Phil concerning the UI and Blender’s unwillingness to adhere to certain conventions.

All-in-all, with a few scattered insults in the mix, it was par for the course. However, reading through the thread’s posts, I came across something rather troubling. The thread starter found Phil’s article through our email newsletter, which states near the bottom ‘From the Lightworks Team’.

A link to one of our articles covering Lightworks was included as evidence of our bias and apparent ‘hatchet job’. This may not seem like a big deal, but there is a misconception as to what this article is and our intentions in running it that I aim to clear up.

For those who don’t know, EditShare is our parent company, and it also owns Lightworks, a non-linear editor with a pedigree that EditShare hopes to return to prominence. When first conceived, RedShark had deeper ties to Lightworks, but as the idea developed, it grew into its own entity. There is undoubtedly some amount of editorial overlap, and a degree of cross-purposes at play, as is typical throughout the publishing world. Because I work for RedShark, I take this all for granted as common knowledge, when it’s definitely not.

Phil’s article is best described as an Op/Ed. His opinions were based on his experience with Blender and other software, and his years as a film professional, but that doesn’t make him ‘right’, and certainly no more so than any of the piece’s detractors. The article is not a review, nor is it a cog of some malicious plan on the part of EditShare to harm the Blender community, or to devalue a competing application. For that matter, Lightworks and Blender are NOT competitors. They may share a sliver of functionality, but they are drastically different tools with their own respective focuses. If anything, they are complementary programs.

RedShark is not a bully pulpit and the drafting of Phil’s article wasn’t a top-down decision. Here, contributing writers submit articles and we publish them based on if they are interesting and well-written, and if they fulfil a tenant of our editorial mission: to provide ‘News, Views, and Know-How for the Moving Image Professional’.

Now, time to wrap this up with a note of irony. As was mentioned by RedShark readers in the comments, complaints about Blender’s UI, keyboard layout, and ‘innovative’ way of accomplishing tasks mirror those lobbed at Lightworks from time to time. Some have even described the Lightworks learning curve as steep (I don’t believe it is, but that’s just my opinion). Lightworks’ journey back towards the top of the industry is not unlike Blender’s fight for recognition as a professional 3D animation suite. The paths forward for Blender and Lightworks are separate yet similar enough that one may inform the other. Although this Op/Ed was borne through conflict, I believe there’s much we can learn if we can glean lessons from parallel narratives and open ourselves to the criticism that follows every worthy endeavor.