Paperman: a 2D look in a 3D animation 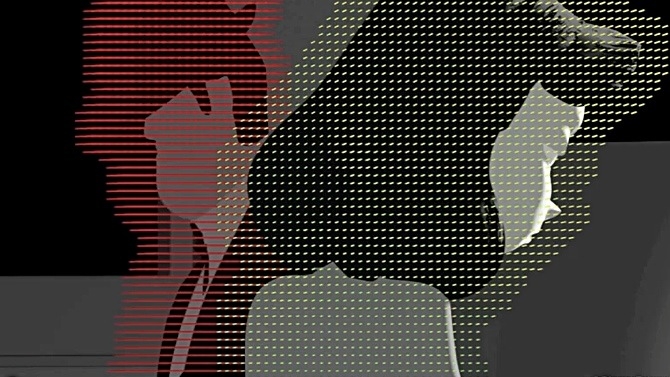 Since the acquisition of Pixar, Disney has been at a crossroads. One path leads to the past, its storied tradition of classic 2d cell animation, the hand-drawn style of its most cherished and beloved films. The other path is filled with ones and zeros, exact 3D modeling, precise spatial lighting, and Buzz Lightyear. This is the path of recent success, of the future, and of 3D animation.

I would imagine this is an enormous dilemma for Disney. Its signature look can’t be discarded. It’s simply too valuable. However, it would be foolhardy to ignore the public’s embrace of Pixar- esque animation. But a buzz-worthy new short may reveal a third path, a middle-ground that solves Disney’s directional quandary.

Paperman, a lovely short about a chance encounter and lengths we’ll go to make the fleeting permanent, is something of a technological triumph. Employing an experimental process, the animators created the world and characters, down to the actual shots, in an entirely 3D virtual space (as is usually the case with 3D animation), then used a proprietary program called Meander to join it with 2d hand-drawn character art. While director John Kahrs doesn’t go into specifics, it would be akin to modeling your 3D scene, assigning 2D art as image textures, and animating the 3D, thereby empowering the 3D as the engine to move the 2D. The 3D lighting would affect the drawings, so you’d get the solidity and feel of 3D married to the expressiveness of cell animation.

Unfortunately, we can’t show Paperman, as it’s under copyright and currently in theaters as a companion short to Disney’s Wreck-N-Ralph. Instead, here’s a video of Kahrs discussing the process, followed by a somewhat technical "making of" film that explains the process.