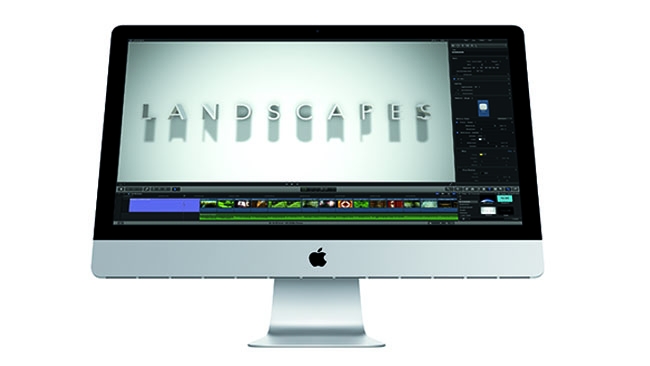 (Not) NAB 2015: Though Apple has only had one two NAB appearances in the past 8 years, that hasn’t stopped it from timing major updates for when the annual conference comes around. And this year is no different, as Apple releases Final Cut Pro 10.2, Motion 5.2, and Compressor 4.2. Daniel G Roberts is your guide.

The update improves on a number of things, and adds easy-to-make 3D titles, templates including animations and backgrounds, plus overall improvements to the software. These include speed improvements, faster RED RAW processing, viewing up to four video scopes simultaneously, more camera codecs supported, and more.

The 3D titles is a welcome feature, because editors can work on professional-style titling within Final Cut Pro X without having to go over to Motion 5 to do so. But you can customize them further in Motion 5. Very easy to work with, plus the templates can give editors a start on titles, or create and customize their own.

More effects, including colour correction being added as an effect. Colour Board, per Apple, is now part of FCP X’s Colour Correction effect, and from there, editors can use up to four scopes to colour grade, plus use different scope view presets to change the layout that he or she is comfortable with.

Apple is promising that every effect in their library, and those from third-parties, have Shape and Colour masks for precise manipulation. For example, that sky blown out above the cityscape? You can mask the sky and do some serious colour correction.

Another key new feature is the addition of more video codec support, like importing Sony’s popular XDCAM and XAVC without a plug-in. It’s also a welcoming sight to see other camera manufacturers are supporting Apple’s own ProRes formats, as an option to record to.

Final Cut Pro X made a big splash recently, when it was revealed that the Will Smith feature film Focus was cut with FCP X, the first major film to do so with Apple’s next-gen NLE. Co-directors Glenn Ficarra and John Requa said they enjoyed cutting with FCPX, and that they “created the final theatrical titles for the movie right in Final Cut Pro, and the new 3D titling and effects features will let us take in-app graphics even further.” They said they’re using FCP X on their next film.

With Final Cut Pro 10.2 making it easier to create 3D graphics, Motion 5.2 allows even more control and customisation of titling. Essentially, much of the new features in the update are dedicated to graphics.

There are plenty of text creation tools, animations, generators, credit rolls (remember when everything had to be done manually a decade ago?), and control, such as sequence text behaviour and an adjust glyph tool. Plus, the usual motion templates, generators, full controls, easy and quick chroma keying, masking tools, and more.

Lastly, we have the updated Compressor 4.2, which finally got a UI makeover in the past year-plus, and the new and improved features include faster compression and delivery. The interface is still easier to use than the legacy one, but now is more intuitive, per Apple, with plenty of encoding presets that are customizable, plus you can save your own and save them. Final Cut Pro X also can access these settings, so you don’t have to leave the app.

What’s interesting is that Compressor 4.2 allows you to create an iTunes Store Package (movie, trailer, customized sound channels, language, etc.), which makes it easy to submit to an authorized delivery partner. There’s no guarantee your cinematic masterpiece will end up for sale on the iTunes Store, but it’s a lot easier to create the Package needed to submit it. See more about that process here.

As usual, Final Cut Pro X costs $299, while Motion 5.2 and Compressor 4.2 each cost $49.99. If you already have copies, then these updates are all free (remember when it cost a few hundred dollars to update over the years?).