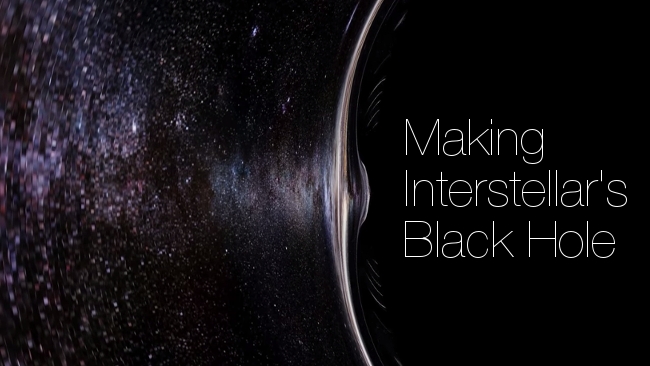 In the run-up to the 2015 Oscar's, we're highlighting nominees in the Visual Effects category. First up: Interstellar and a behind-the-scenes featurette that explains how the production brought its black hole into being.

While it was somewhat of a surprise that Chirstopher Nolan's space exploration epic didn't garner any Oscar nominations for the more well-known categories, like Best Picture, Actor or Director, it nabbed a slew of technical nods, including one for the movie's astounding visual effects. What you may not know is that many of the space visuals, including the center piece black hole, represent the most faithful representations of these phenomena ever committed to film.

In addition to a superb VFX team from leading effects house Double Negative, led by Supervisors Paul Franklin and Andy Lockley, the production also enlisted Oliver James, the Chief Scientist of Double Negative's R&D team. Of course, it also helped that Professor Kip Thorne, whose work was the inspiration for Interstellar, acted as Executive Producer and worked closely with James and the rest of the team to ensure scientific authenticity. I'm sure many of you have already seen the result on the big screen. But for those who want a taste of the sceince behind the epic, check out the video below, which details the process of how Interstellar produced its black hole.