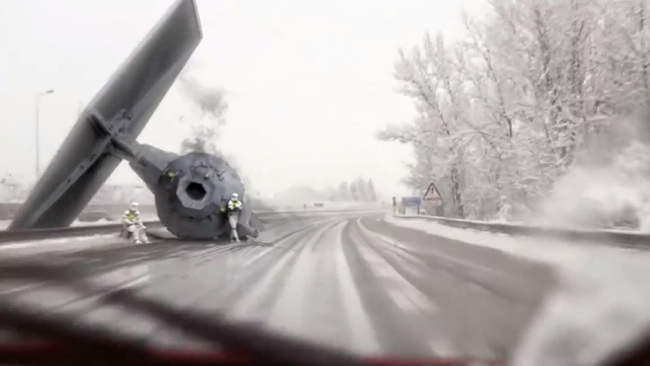 Have you noticed that since the widespread availability of mobile phone video, dashcams and motion-tracking software, the number of "genuine" UFO sightings have has plummeted?

Or it might just be that there were never any aliens.

But that doesn't mean that we can't still enjoy these spoofs when the crop up. And the more mundane the context, the better, especially when it involves a tie fighter that's crashed on a motorway, and two Star Wars Storm Troopers waiting for the breakdown truck, leaning on the central reservation, looking unambiguously board from their body language.

This is a great clip from the TV channel Dein Sky Film. Don't blink: it's only a few seconds long.

Thanks to sploid.gizmodo.com for bringing this to our attention.