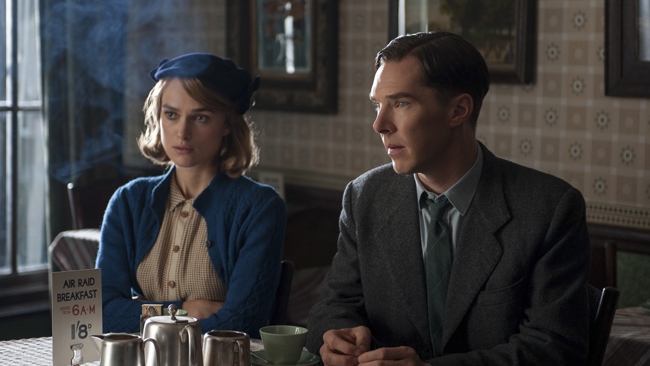 Our own Phil Rhodes sits down with William Goldenberg, renowned Hollywood editor, and discusses his latest project, The Imitation Game, and whether he prefers shooting blockbusters or indies.

If you're a fan of big blockbuster action movies, you'll be interested in the work of editor William Goldenberg because he cut the two most recent Transformers films. On the other hand, connoisseurs of spy thrillers will be impressed because he also edited both Argo and Zero Dark Thirty, and anyone who likes crime drama will remember, of course, Heat. With a credit list including these films, the Oscar for Argo (Goldenberg actually competed against himself for the award, being nominated also for Zero Dark Thirty) almost seems like icing on the cake. 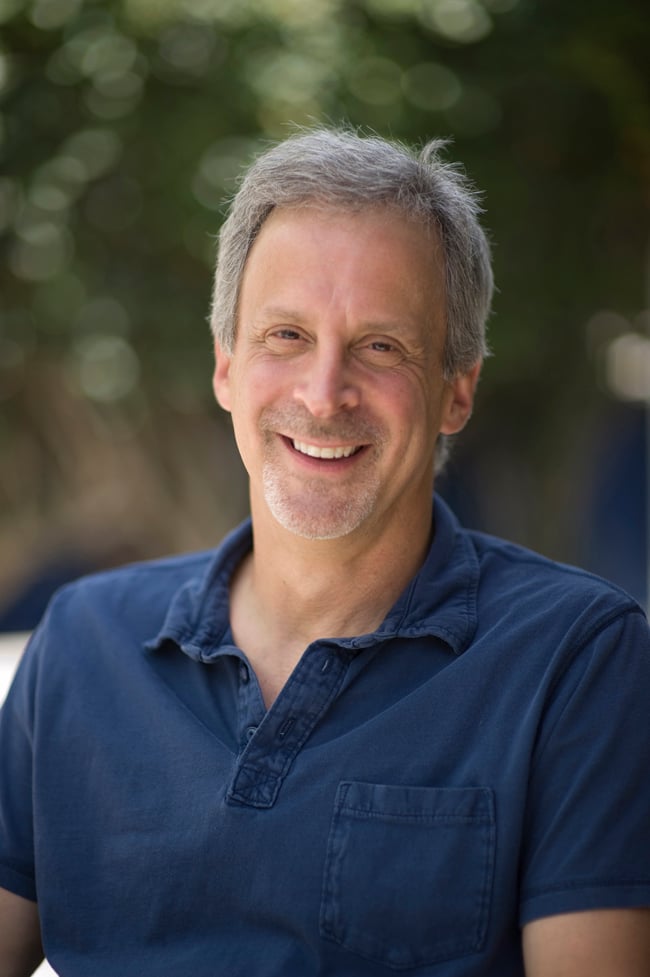 The editor's most recently-released work is Morten Tyldum's The Imitation Game. The film itself is a combination of historical thriller, biopic and scathing criticism of the politics surrounding homosexuality in 1950s Britain. "There's a tendency to do a straight retelling of someone's life," says Goldenberg, "and I find that less interesting. Graham [Moore, screenwriter] wrapped it up in a thriller and a mystery." Moore's idea, however, had not met with universal approbation. "Graham has been obsessed with Turing since he was a boy... he always had this idea in his head to write something about Turing and everyone told him it was a bad idea." Glowing critical response to the film says otherwise.

Goldenberg's own involvement came from a chance encounter with Tyldum at a party in London. "It doesn't usually happen that way, but he got in touch with my agent and it sounded interesting. But I wasn't available." Eventually, Goldenberg's prior engagement was pushed a year and he was able to take the job. "So I read the script and we had half an hour on Skype, where we saw each other face to face and I liked what he had to say. And I never saw him again until we were done shooting."

This separation was enforced by Goldenberg's residency in Los Angeles, remote from the production's UK base, as well as money concerns. "They couldn't afford to send me to London. It is nice to be face to face with the director while you're making films, just in terms of getting into their head and what they're looking for. We did the best we could." Goldenberg worked alongside Andrew Eisen and post-production assistant Peter Dudgeon, with Avid facilities rented from EPS-Cineworks in Santa Monica. Rushes were sent electronically by Company 3 between their locations in London and Los Angeles and couriered to the editing room. 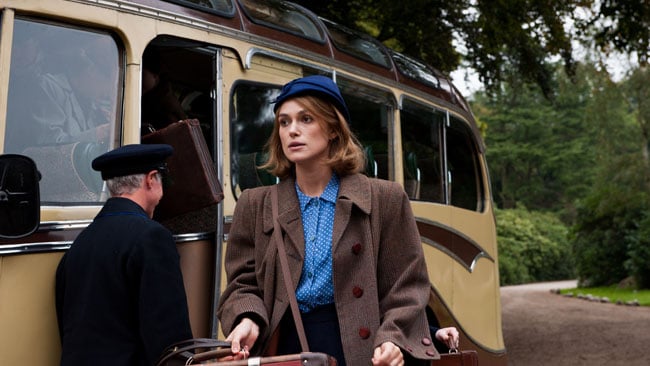 Goldenberg avoids direct involvement in the systems administration side of editing, describing his job as "80% sit down and cut. When I came up as an assistant and when I started cutting, it was still film. I cut the first things I cut as an editor on film. I learned how to be an assistant on film. I'm pretty computer savvy, but I'm not as conversant with the innards of the Avid as I would be if I had come up with that."

Even so, there's no further hint of reminiscence in Goldenberg's approach. "The one thing I'd say about Avid is that I've started taking it for granted. On film, you had to worry so much about cutting up the work picture, sometimes you would not take chances and you were afraid; if you were wrong, you had all these splices in the work pictures. I love not having to worry about all that stuff. Now I've been doing it for so long it becomes an extension of my hands or my mind, I don't have to think about where the mouse is. It's serendipitous that the movie's about the father of modern computers." 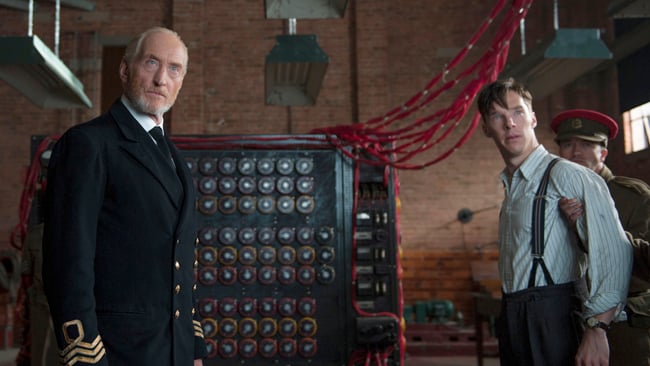 The Imitation Game is structured around scenes in three periods – Turing's youth in the 1920s, the anchoring thread of the 1940s Bletchley Park code-breaking effort, and his tragic persecution in the 1950s. "It's mainly written that way," says Goldenberg. "Every time you come back to the 40s, being main story, you've got something that helps you along the way story-wise." Changes to the written structure were mainly "just physical, a better cut, mechanical stuff, a better flow for many reasons. Later in the film, one of the biggest ones was when the headmaster tells young Alan that [another character] has died. We moved that later, more a bombshell kind of thing. It gave us this beautiful cut when there's this long push in on Alan and we go from his face as a young boy to old Alan sitting in his apartment facing the Christopher machine. That gave us chills." 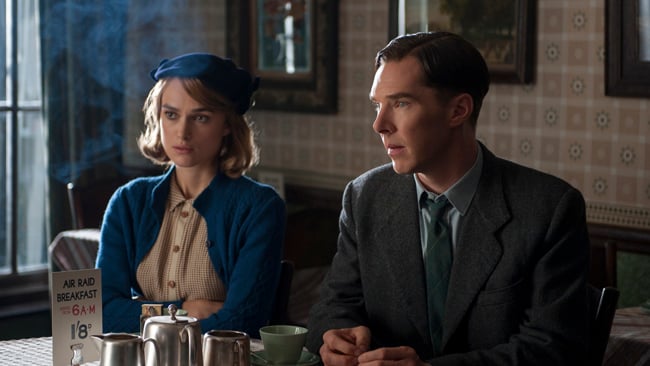 With principal photography complete by the end of 2013, the edit was locked by the following May. Composer Alexandre Desplat became involved at Goldenberg's recommendation, and scored the film in record time. "I always use temp music, to give a feel for what can work and what can't. Alexandre... came on fairly late. I thought he'd be perfect, he had done Zero Dark Thirty and Argo and we got to be fairly close. When you know someone, you know what's up their alley genre-wise. He did the whole score in three weeks. I had the good fortune to watch him write. He'll walk over to the grand piano and he'll play something, and it's phenomenal." With the score recorded by the London Symphony Orchestra at Abbey Road, the film was mixed at Boom in Soho and completed by the end of June. 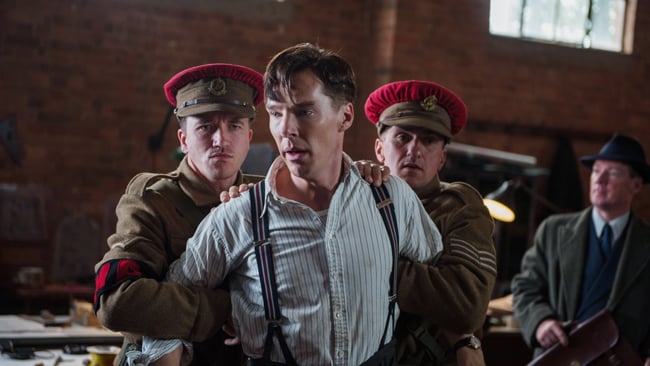 Despite his recent success with franchise blockbusters, Goldenberg is happy to admit that "I'm more drawn towards things like Argo or The Imitation Game or Zero Dark Thirty. I'm drawn towards those sorts of movie." With upcoming work including Unbroken, directed by Angelina Jolie and written by Joel and Ethan Coen, William Goldenberg's involvement in interesting cinema seems set to continue. 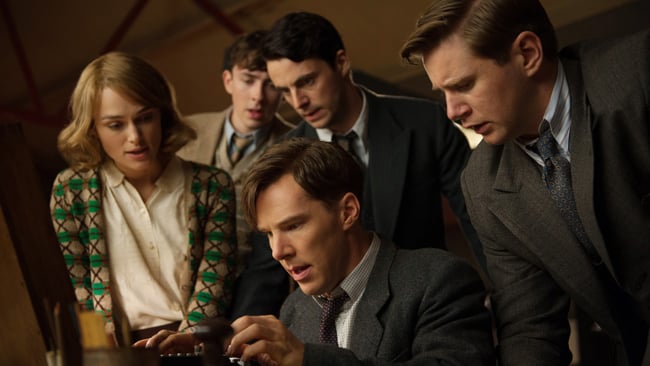