The early quest for colour 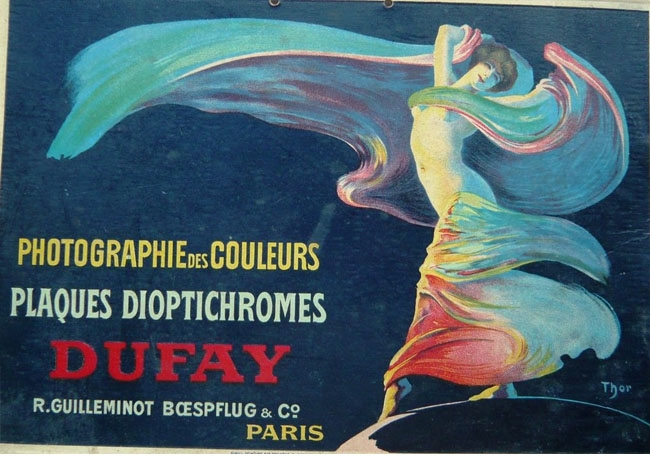 The proto Bayer: Phil Rhodes looks at the work of Frenchman Louis Dufay, who invented a colour motion picture process dubbed Dufaycolor that might have rivalled Technicolor if war had not intervened.

The process of combining discrete dots in red, green and blue to create a colour image is most famous today as the coating on a single-chip colour image sensor as described by the late, great Bryce Bayer. History doesn't record exactly how Bayer came up with this arrangement, although he'd been working on similar things for some time. Interestingly, though, and to take nothing away from Bayer, there are examples of strikingly similar things being done right back at the dawn of colour photography, in the early twentieth century.

The desire to capture (and reproduce) a colour image on a single photographic plate comes from effectively the same desire as that for single-chip colour cameras now. A single-imager system is optically simpler and cheaper, avoiding the need for multiple light-sensitive elements and complex colour splitter blocks which can impose requirements and limitations on lens design, reduce sensitivity, and require enormously precise registration in a photochemical motion picture system.

Early attempts at colour photography used sequential exposures and a rotating colour wheel, both for stills and moving images. Even for stills this was less than ideal, requiring a stationary subject and camera and requiring RGB projection equipment to display the resulting transparencies in colour. For motion picture work, whose raison d'etre was to display motion, red-green and RGB sequential colour systems were quickly recognised as being entirely unsatisfactory, producing pronounced fringing whenever the subject or camera is in motion. 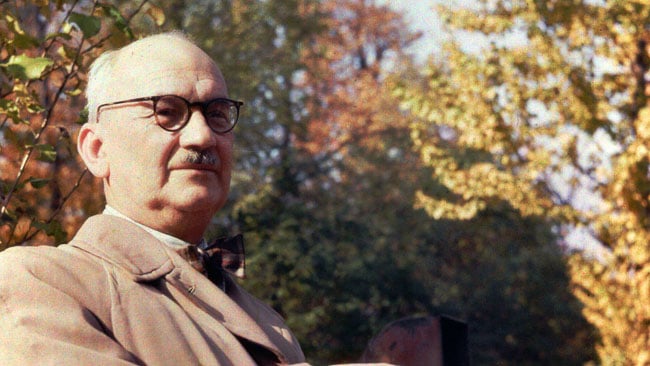 The race was on, therefore, for a single-plate colour system, and in a move eerily echoing Bayer's later development of his colour filter array, Frenchman Louis Dufay developed a process called Diopticolore.

The process was disarmingly simple, at least in concept: the transparent film base was printed with stripes of complimentary and non-complimentary colours at various angles, such that the overlap would create a mosaic (referred to as a reseau, meaning network or matrix) of three colours, sufficient to record a colour image. Later, the process would be called Dufaycolour, with the film base dyed blue, then printed with extremely fine stripes of a bleach-resistant ink, the exposed areas bleached clear, and then dyed green.

The final layer involved fine stripes – at a different angle – printed, bleached and dyed red. The result is a pattern of up to a million individually dyed areas per square inch of film, which serve to filter the light as it strikes the emulsion, and again to filter light passing through the developed emulsion when the image is viewed. The pattern is fine enough – a megapixel per square inch equivalent, one might say – that the image appears, from anything other than magnifying-glass distance, to be in full colour.

There were downsides. The pattern was not designed to be repeatable, so the colour filter pattern of each image is unique to it in much the same way as the dye clouds in colour film stock, and the process only works because the filters and the photographic emulsion are part of the same plate. Because of this, all Dufaycolor photographs were developed as reversal transparencies, resulting in somewhat higher density and contrast than a negative would typically exhibit. A subtractive-colour system like this robs the image of a lot of light in any case, resulting in very dense pictures.

Duplication must also have been fun: presumably, an attempt to photograph a Dufaycolor image using the same process would produce either unacceptable moire, or result in significant resolution losses if the image was low-pass-filtered (that is, probably blurred by defocusing) sufficiently to avoid moire. The pattern of filters could be visible on projection, and the need to see through the film base to achieve the correct filtration required different film handling techniques and a lot more light both on acquisition and reproduction.

All of that said, Dufaycolor images are convincing. Under very close observation, the appearance is somewhat akin to a screen-printed image in a magazine, the linear RGB elements visible in three axes of rows and columns.

Dufaycolor was developed into a motion picture process, although it was only ever used for two full-length features. Having become available in the early 1930s, however, Dufaycolor was disadvantaged by several things: perhaps most significantly, the second world war dragged funding away from the frivolities of the screen, particularly in the UK, where the process was based. With the United States feeling the squeeze somewhat less acutely, and with the American film industry always more powerful, the Technicolor process, contemporary to Dufaycolor, was free to surge ahead. Dufay's process was cheaper, but probably still not cheap enough for wartime Britain. Eventually, only two features ever used the process: parts of Radio Parade of 1935 (released in '34), and Sons of the Sea, in 1939.

Eventually, while simultaneous, three-lens RGB colour motion picture systems were developed, the optical and mechanical complexity meant that making movies in colour was at best a fringe occupation until the advent of Technicolor, and even they started to move away from three-strip acquisition in the early 50s.

Somewhat akin to a modern 3-chip camera, Technicolor's “process 4” involved a colour splitter block with a single dichroic mirror, producing a green image on one black and white film and routing the magenta (that is, combined blue and red) image to a pack of two other films, one of which was orthochromatic (red-blind) film for the blue record, and a final panchromatic (red-sensitive) film for the red record, behind a red filter.

The look of three-strip Technicolor is well-enough known, although to some extent the perhaps slightly garish colours of early attempts are akin to the tendency of modern stereo 3D movies to send objects flying towards the audience in a fit of enthusiasm for the technology. For what it's worth, the notorious Natalie Kalmus, ex-wife of Technicolor founder Herbert Kalmus, worked as colour consultant on many early three-strip films and was known to campaign for more restrained use of colour, a situation that will be familiar to many modern stereographers.

Dufaycolour was arguably more realistic, although that could just as easily be a creative choice. It could at least be shot with (slightly adjusted) conventional cameras and conventional projectors. Either way, it was certainly an interesting early example of spatially-multiplexed tri-stimulus colour photography, even if the de-mosaicing process was limited by the assumption that the audience might be willing to squint.

In some Dufaycolor motion pictures, the patterning is bad enough to be visible even on 360-line YouTube video. This was 16mm, which might explain it.

Fashion review, 1938-style. Lacks blue, for some reason, although there's a teal colour at about 2'38” which is saturated enough to show up.