VFX 101 according to Method Studios 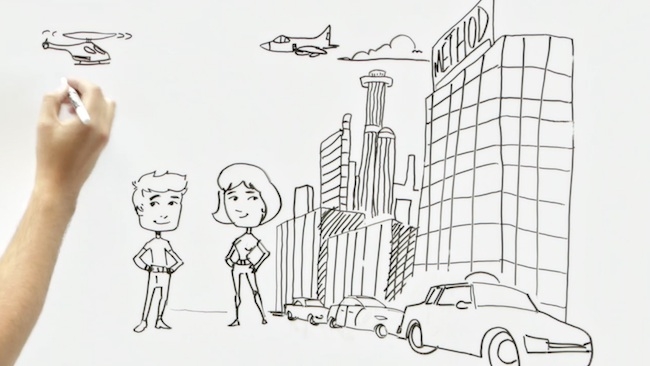 Wherein the team at Method Studios attempt to explain what they do for a living… with the help of a whiteboard and a marker pen. Warning: there may be satire ahead. By Chris Elwyn.

Here’s a great video explaining how visual effects are made by the guys over at Method Studios (part of the team of VFX houses and studios that recently worked on Guardians of the Galaxy, along with Framestore and a number of others). It’s a very well executed piece and there’s a little sting in the tail as well, with [SPOILERS] the narrator asking for everything to be done to a crazy deadline and then reducing it further.

Of course, the issue with tight deadlines and short budgets has been around for a long time, but it doesn’t look like people in the VFX industry are any further forward to solving it. Websites like VFX Soldier have long detailed the issues with long working hours and bad business practices that some places feel they have to do just to survive or remain competitive – and let’s not forget Rhythm and Hues, winning an Oscar for Life of Pi and filing for bankruptcy at basically the same time.

Some people say this is just bad management on the part of the VFX houses, others argue that the major Hollywood studios have too much buying power when it comes to the bidding process, forcing underbidding on projects simply to win work – leaving far too many VFX houses operating on a knife edge. Others point at subsidies creating a merry-go-round for VFX artists as studios chases temporary tax breaks in different countries. This year’s Oscars saw protests from US-based VFX artists about work moving overseas for that very reason.

What do you think? Have things changed for better (or worse) in the VFX industry? Let us know in the comments.