Outstanding example of motion tracking, animation and compositing. This is not what it seems... 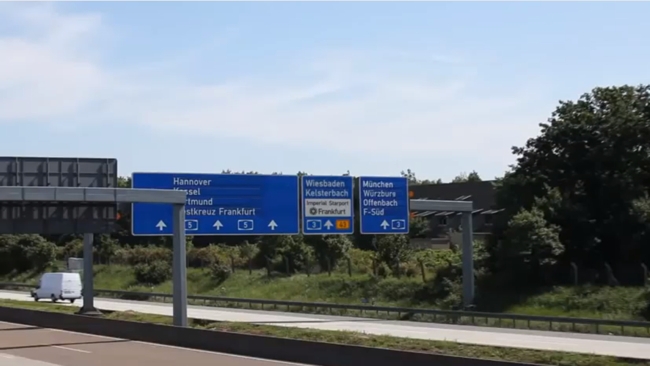 This is just a bit of fun, but consider for a moment the range and depth of skills that went in to this amazing piece of work

We weren't quite sure what to expect when we first saw this. It starts with a shaky hand-held shot of a German Autobahn, and quickly gets into - well, you'll have to watch it.

But as you do, marvel at the skill and craft that's gone into this. Blending computer animated objects into everyday backgrounds has come on in leaps and bounds over the last decade, but it's still hard work, and it's not easy to make the artificial objects look like they belong in the real world.

It's an important technique, and the ability to make computer generated objects look like they were filmed with a hand-held camera bypasses at least one cognitive barrier to acceptance - because our brains say: "If it was filmed with a shaky camera, then it must be part of the real world".

There's other skillful stuff in here as well. When you look at the artificial objects in the sky in the far distance, they really look like they're genuinely a long way away and not just made smaller by the perspective.