Lightworks v11.1.1 is now released and is the final stepping stone before 11.5 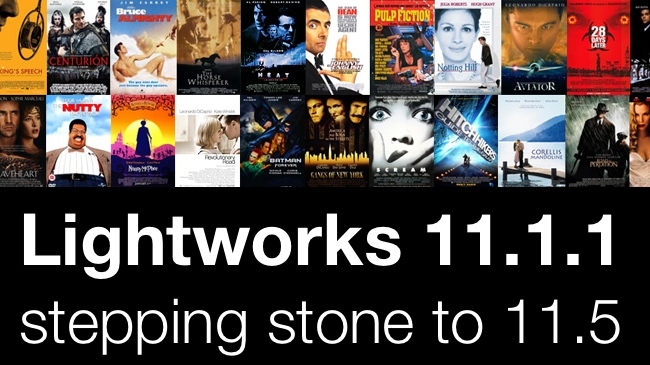 Lightworks v11.1.1 is now released and is available from www.lwks.com.

It's essentially a maintenance release with no real new features, but several important fixes for issues with the last major release which was in May.

There are, however, two notable improvements: offline activation for the new licensing scheme and a long-standing issue with XDCAM HD has been resolved, along with more improvements for H.264/MP4 handling.

Now that Editshare is past the line with this release, we're told the Lightworks Developers will be focusing on the next major release, which was originally going to be named 11.2 but has been bumped up to 11.5 as it contains major new features and changes to the UI. It will also synchronise development on the Windows and Linux.

Version 12 will synchronise development across all three platforms: Windows, Linux and OS X

"This is an important release, because it frees us up to concentrate on 11.5, which is a very significant upgrade. With the synchronisation of effort across all three platforms, Windows, Linux and Mac, we can expect to see major improvements in our ability to roll out new features and to fix any issues across these three OSs."

He went on to say:

"Lightworks remains at the cutting edge of NLE technology. It's the only NLE that works across the three major computing platforms and while it has a cutting-edge feature set, its core strength is more than two decades of continuous development - and the industry's most efficient editing paradigm".