Can you turn up the Reality slider, please? 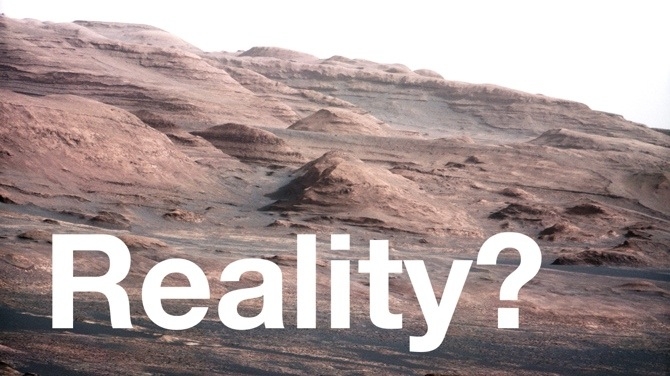 The surface of Mars

The technical challenges faced by NASA in bringing back video footage from Mars are so gigantic that most people would give up before they started. So it seems churlish to even suggest that the footage we've seen so far (especially of the landing) was a bit, you know, jerky.

Meanwhile, back on Earth, the borderline obsessive activity of movie maker Bard Canning has teken NASA's pretty basic (but no less remarkable for that) video of Martian Explorer Curiosity's landing, and has turned it into something approaching truely cinematic. He's used motion tracking, interpolation and all manner of corrective techniques, and you can see them in this amazing video, showing the "before" and "after" side by side.

It's a triumph for modern video processing, but, just as much, it's a victory for sheer hard work.

(Note that this video starts with a few seconds of black)