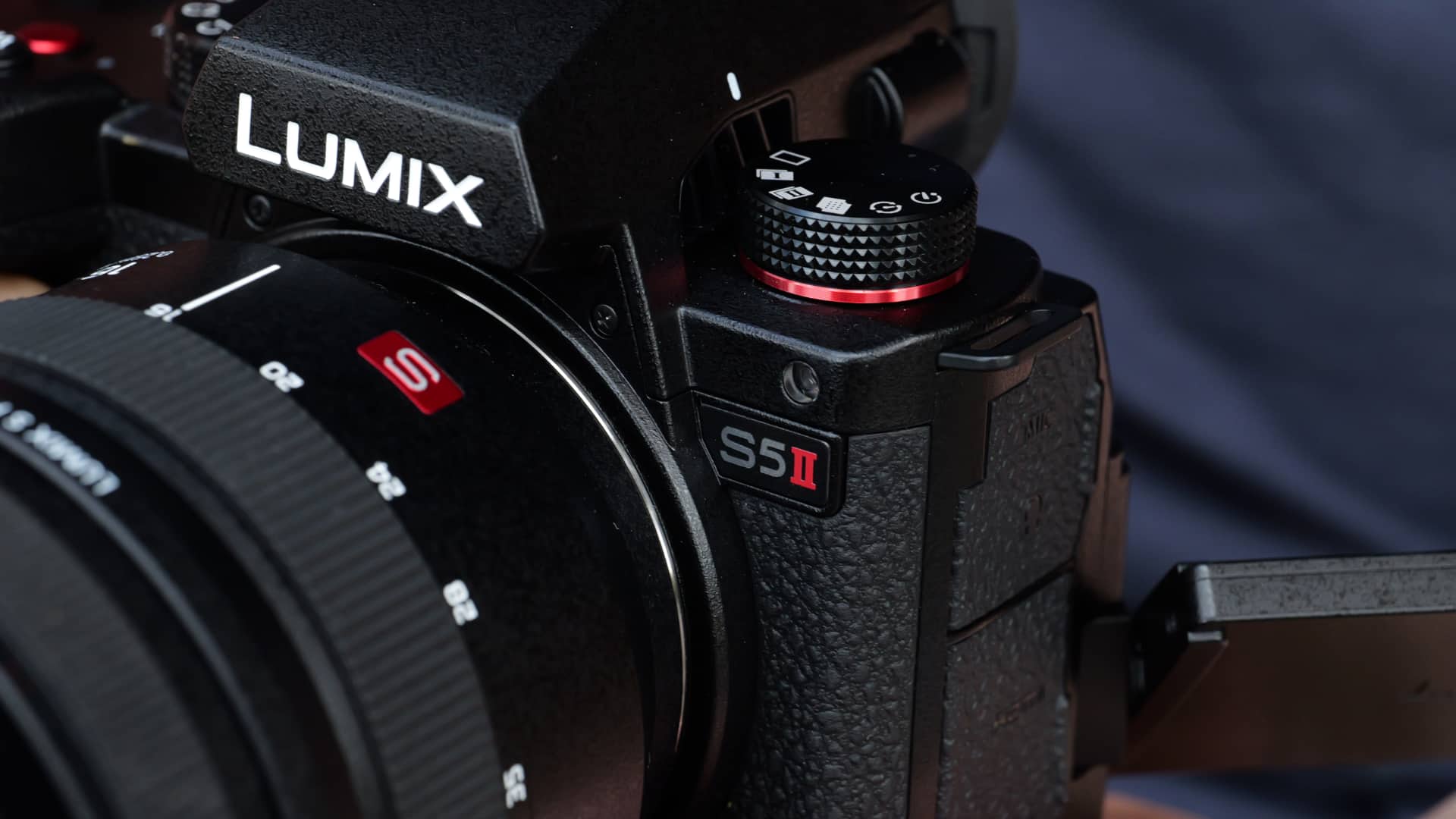 Phase-detection autofocus was one of the biggest features missing from the original Panasonic S5. The Lumix S5II corrects that while the S5IIx adds ProRes.

Panasonic launched the original S5 in Autumn 2020. For moving-picture people, it immediately begged comparison to the S1 series, which we’d encountered one pandemic-beset year previously. Both are L-mount mirrorless cameras with a megapixel count in the mid-twenties, although anyone who’s handled both quickly realised they were designed for very different things.

The S1 is a bulletproof hulk of metal designed to withstand a vigorous apocalypse, with the H-suffix sliding neatly into a position as one of the better mirrorless cameras for moving images. The S5, while it still boasts a die-cast shell, is a comparative featherweight built for stills specialists on the move, and much more likely to please anyone whose day job involves scrambling up a mountain.

It was never clear whether the S1 or S5 lines would be revisited first, though it was fairly obvious what needed to be there. Neither of them have phase-detection autofocus, and while that’s not absolutely disastrous for stills, it can be visible in S1H footage as a sort of flutteriness as the camera figures out which direction makes things better. The company had refined contrast-detection to the zenith of its capability, but it was clear phase detection was essential for future competitiveness. 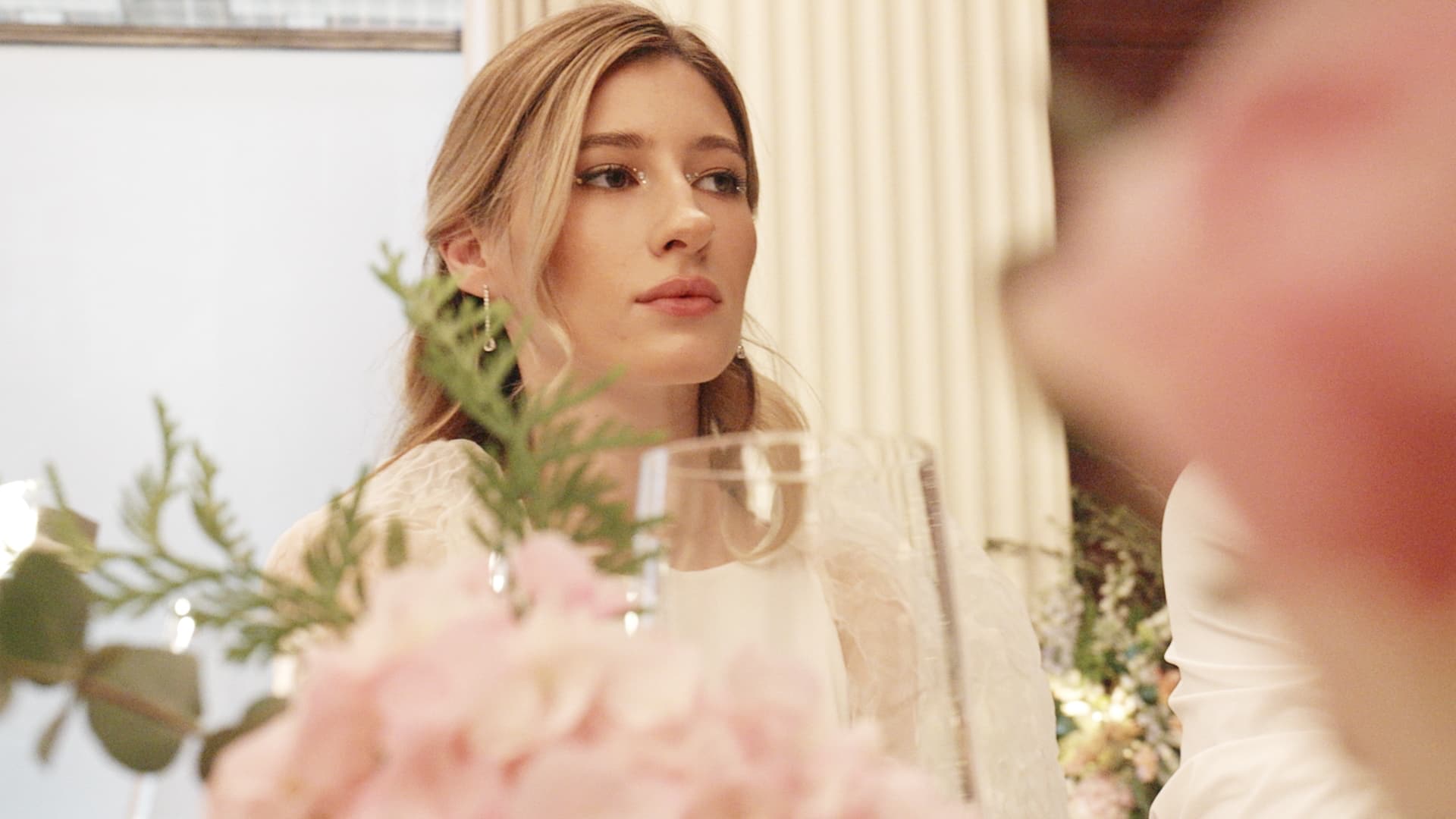 An image captured from video recorded with a prototype S5II

Now there’s an S5II, and no prizes for guessing: the key new feature is phase-detect autofocus. That’s a big job, involving a whole new sensor with fundamental new engineering, but it’s also just one of the two most relevant announcements here, so stay tuned. Panasonic describes the system as “hybrid,” with both phase detection (to get things going quickly in the right direction) and contrast detection (to fine up the final result), which is likely to give us very good overall performance.

It’s difficult to be analytical about the capability of AF systems. They generally rely on identification and tracking of unpredictable real-world phenomena, which isn’t an exact science. Also, this discussion is based on an afternoon with the camera, so take it only as a very subjective impression. No really long lenses were provided, but based on some improvised walking around a table full of flowers, things seem good. It’s very eager to find something to track, and once we’ve identified what we want sharp, it’s hard to make S5II focus jitter in the same way an S1H can.

There are other improvements since the original S5, particularly to burst stills shooting and dual native ISO handling. All of this does cost some battery life, according to the spec sheet, though the launch event wasn’t really long enough to test those limits. Codecs are somewhat expanded, with the S5II now offering 6K from the full 3:2 sensor in 4:2:0 10-bit, and C4K, which we assume means 4096 by 2160, in 4:2:2/10 up to 60fps. Peak frame rates still top out at 180 in HD, although the S5II can make 10-bit recordings, where its predecessor was limited to 8-bit. 4K modes can now handle up to 120fps.

All of which is nice. But what’s even nicer is the second camera announced by Panasonic at the same event.

The S5IIx wasn’t at the launch event, so all this is based on paper spec, but it’s to have ProRes recording. Whether that’s actually higher-performance than all-intra AVC is another matter, but it’s certainly a more convenient codec in many professional situations. The decision to announce this camera, which isn’t due until a couple of months after the base S5, is designed to allow video specialists a more informed purchasing decision. Anything else would have seemed rather mean.

ProRes recording is either ProRes Raw to an Atomos recorder, or, as the company puts it, “to SSD.” The Fujifilm X-H2S, for a point of comparison, will record ProRes internally to SD cards, but then again the Fuji is an APS camera which sometimes needs an add-on fan in warm weather, which is… well, a choice.

The S5II is still smaller and lighter than an S1H, which, to be fair, isn’t particularly difficult. It seems  smothered in controls in a way many cameras are, and it’s easy to bump the various sticks and dials on the back with the palm of a hand while adjusting things on top. There are sundry other features, including IP streaming and baking-in of LUTs. There still isn’t a way to LUT the monitor while recording log, which is rare (or is it actually unheardof?) on cameras this portable. On the upside, the S5II has a full-size HDMI port, which is not as sturdy as SDI but vastly harder to hurt.

In general, L-mount cameras make a good platform for video work, with a lens mount shallow enough to adapt to anything with an appropriate adaptor. The caveat is that as autofocus becomes more competent, many people are loath to lose it just to get access to a favourite 1970s lens. Panasonic enjoyed an appreciative response to the subjective niceness of the S1H’s pictures and at first glance the S5 series seems to be a capable addition to the clan. How all this looks to existing S5 users is a very situationally specific choice, but if the AF is as good as we all hope it is, people are likely to want that.

Pre-orders are open now. The S5IIX should hit the shops in the spring at £1916 ex VAT, with the base S5II coming a little sooner and £250 cheaper.

Panasonic provided travel and accommodation for their launch event in Valencia. Your narrator would like to make it clear that while he remains perpetually for sale to a suitably generous bidder, it takes more than a generous helping of paella and game of Pilota to influence his views on film and television production technology.