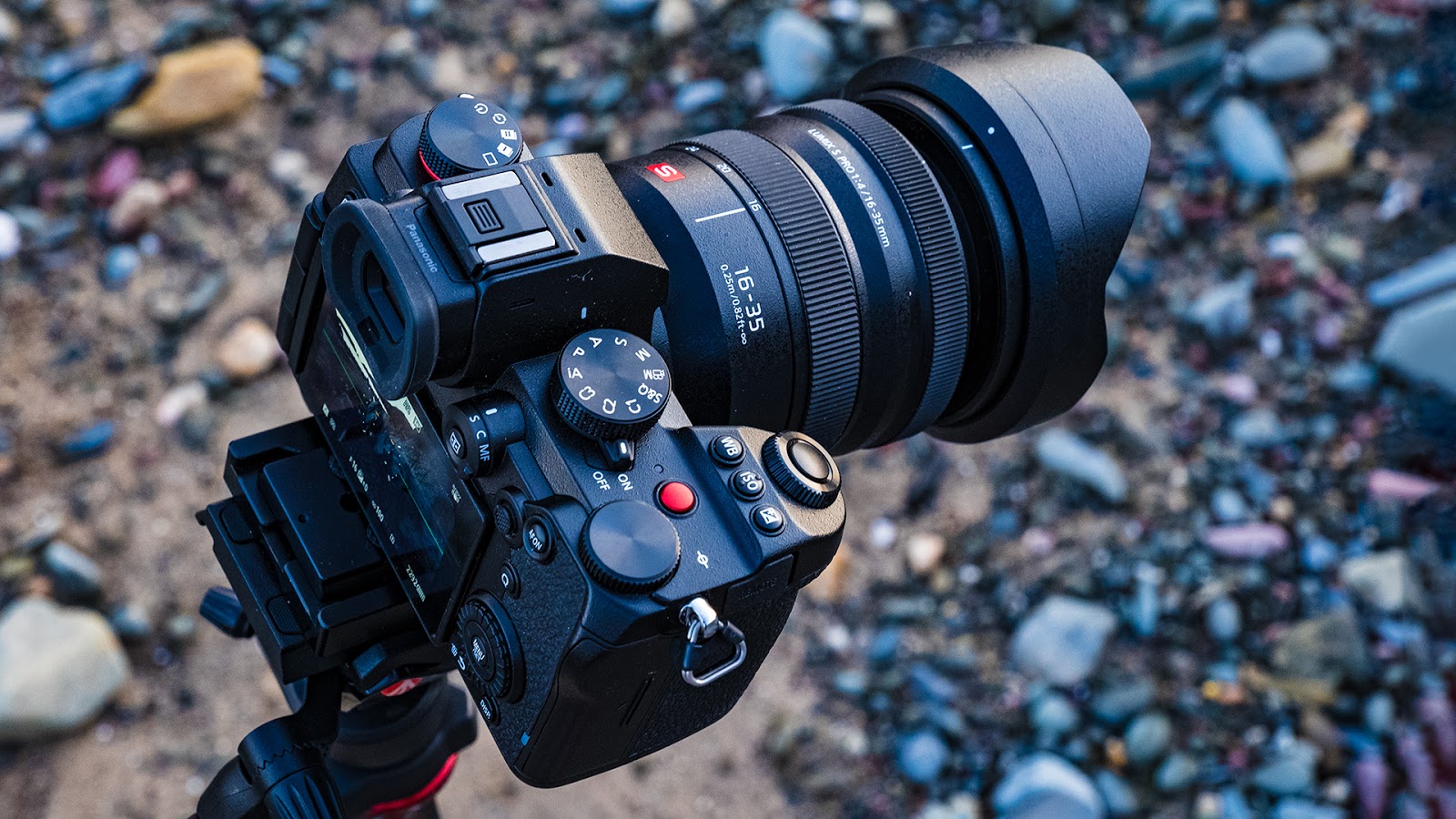 7 minute read
A first hands on with the Panasonic S5 mirrorless camera.

We were given early access hands on with the new Panasonic S5. Here’s our first practical preview of the camera.

A first hands on with the Panasonic S5 mirrorless camera.

The Panasonic LUMIX S5 was fully announced earlier today, and it raises some interesting questions about the future direction of the S series cameras, as well as addressing many of the issues some users had with the first generation devices.

I was given exclusive early access to the S5 and I’ve been testing it both for stills and for video in the runup to the official announcement. One thing is for certain, when you see the rumours and leaked specs hit the internet it can be a tricky thing when you’re under NDA not to say anything. Not least because of how the release of the camera can be distorted under the lens of internet misinformation. So...

What is the Panasonic S5, and importantly what isn’t it?

The S5, according to Panasonic is effectively a full-frame followup to the GH5. Although unavoidably it will have a direct impact on the S1 market. It keeps pretty much all the best parts of the S1 while offering many features that the S1 does not, and will not have, such as 5.9k ProRes RAW output over HDMI, timecode, and anamorphic capability to name two.

The S5 is therefore a bit more videocentric than the S1. It even has a red record button on the top of the body, similar to the S1H. It also has a fully articulating LCD screen, allowing for more varied shooting positions, something that is a limitation on the S1. But while it does have video functionality that eclipses the S1, it has recording limits of 30 minutes at a time in 10-bit modes to help control temperature, and there’s no OLPF filter. Although it does have the Dual Native ISO of the S1H, so low light performance is pretty stellar. 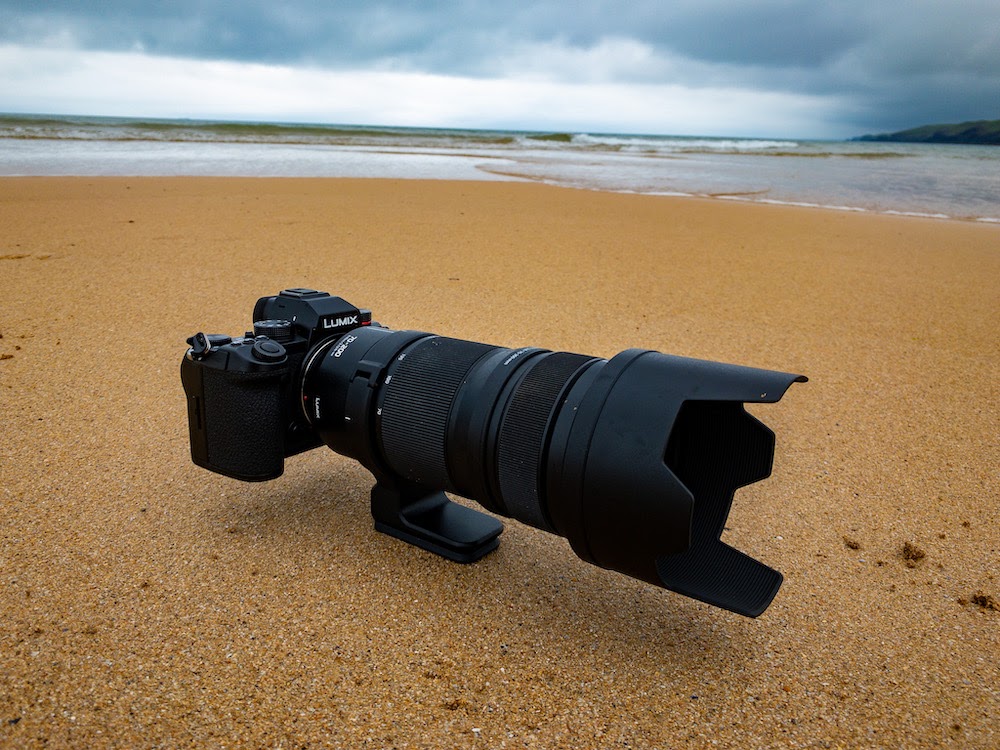 The S5 is much smaller than the S1. However it still appears to have the same robust build quality as the latter, but in a much more compact and lighter body. It is comfortable to pick up, with a nice rubberised texture giving your fingers easy grip.

The layout has changed a little bit from its larger sibling. The front dial now surrounds the shutter release button, making it easily to hand. There’s that notable red button that can start recording video at any time, while the shooting mode dial is now to the right of the EVF, with the on/off switch at its base. A separate dial for setting whether the camera is in burst mode or timelapse etc is on the left of the EVF.

The rest of the controls are in a very similar situation to the S1, with one big exception. You’ll notice right away that one of the casualties of the more compact body is the LCD information display on the top of the camera body. On the S1 this was a really good way to be able to glance at your settings, free from the clutter of the main rear LCD viewer.

This does mean that it is now not so easy to see your battery levels etc at a glance when the camera is turned off. Although clearly all is not lost because this information is always available on the articulating LCD screen when the S5 is turned on.

A USB-C port is present, allowing for charging and powering, although the HDMI port is now of the micro variety rather than full sized.

There’s no longer an assignable mode switch on the front of the body like there is with the S1, nor an assignable function button to the right of the lens, although the DOF/Shutter preview button is still there, and nicely accessible.

The compact size means that the S5 is much more suited to lightweight travel. Although once large lenses such as the 70-200mm f/2.8 are attached, much of the size and weight advantages are lost somewhat. 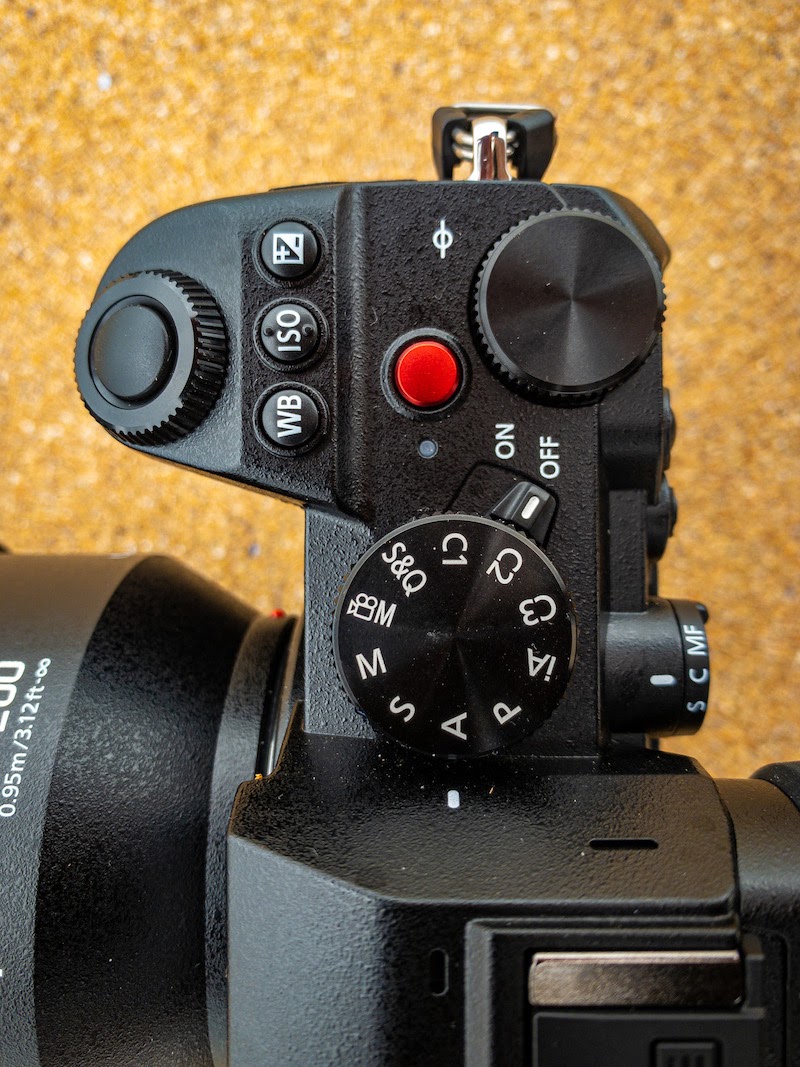 The top controls of the Panasonic LUMIX S5.

Our review sample was supplied with a brand new kit lens. The 20-60mm f/3.5/5.6. This is a new L Mount lens that Panasonic has developed in response to criticism about the size and weight of some of the current L mount glass. This is very much on Panasonic’s radar when it comes to future L Mount lenses too.

When this lens is mounted to the S5 you have a very lightweight combination. Whilst it doesn’t offer the best low light solution, for lightweight full-frame travel photography it makes for a really good combo. The filter thread is 67mm, so you may need a step up ring if you have built a filter set based upon current L Mount lenses.

The battery system for the S5 is newly developed. The new battery is similar in size to a Canon E6 style system. It is a 16Wh, 2200mAh system compared to the 3100mAh 23Wh of the S1’s battery.

One last difference, which might seem small, but is actually quite notable and important, is the tripod thread on the base of the camera. It is noticeably deeper than the one on the S1. This is actually quite important because I’ve found that some tripod plate screws do not go in far enough on the S1 to get a good lock, necessitating spacers of some sort or a different screw.

This isn’t the only camera I’ve had this issue on. The Nikon Z 6 is another culprit. The new deeper thread on the S5 should eliminate all such issues like this in the future. 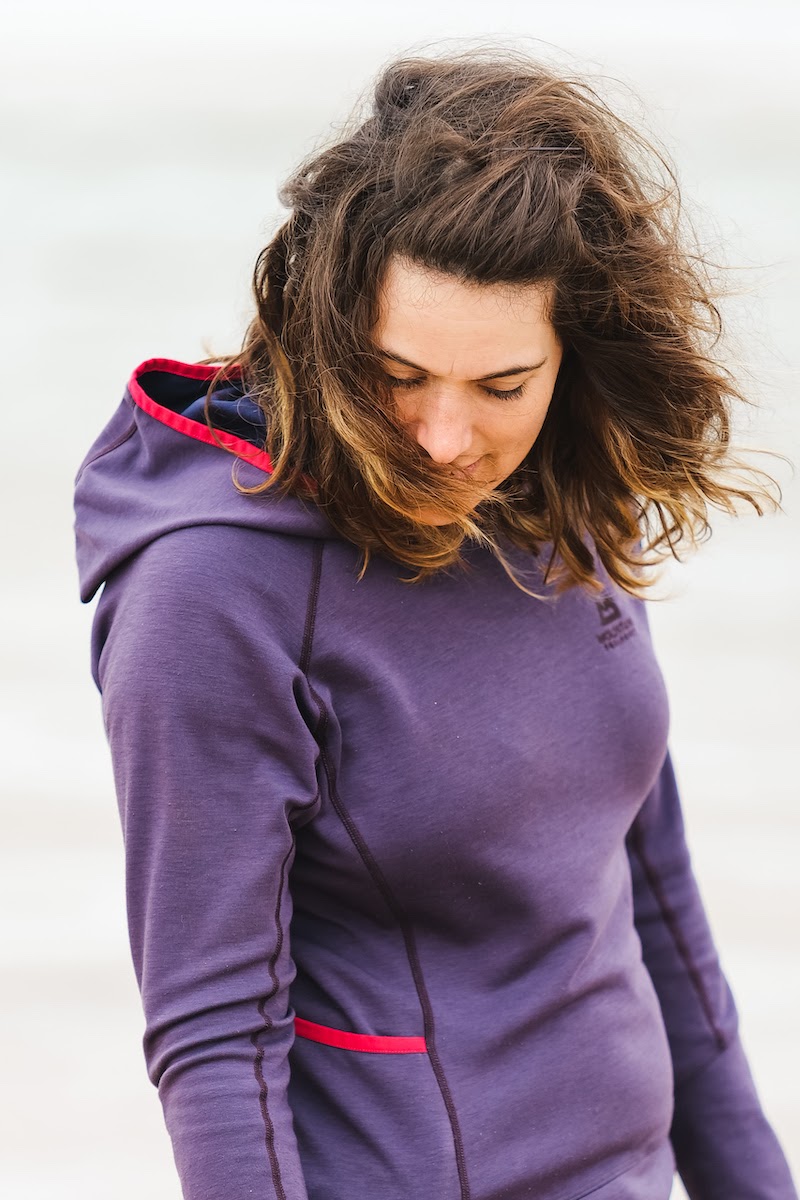 Initial thoughts through use

The Panasonic S5 feels good in the hand. There’s no sense that the body has any less robustness than the S1. Weatherproofing and a practically bombproof construction would appear to be an S series hallmark.

The LCD EVF has a lower specification on paper than the S1, but I would challenge anyone to spot the difference. I went between them constantly to try and catch any differences, but to my eye the EVF on the S5 appears every bit as vivid and as sharp as the S1. It’s a prime lesson on how paper specifications don’t always tell the full story. The same can be said about the rear LCD screen, although on the S5 there’s the added advantage of full articulation. 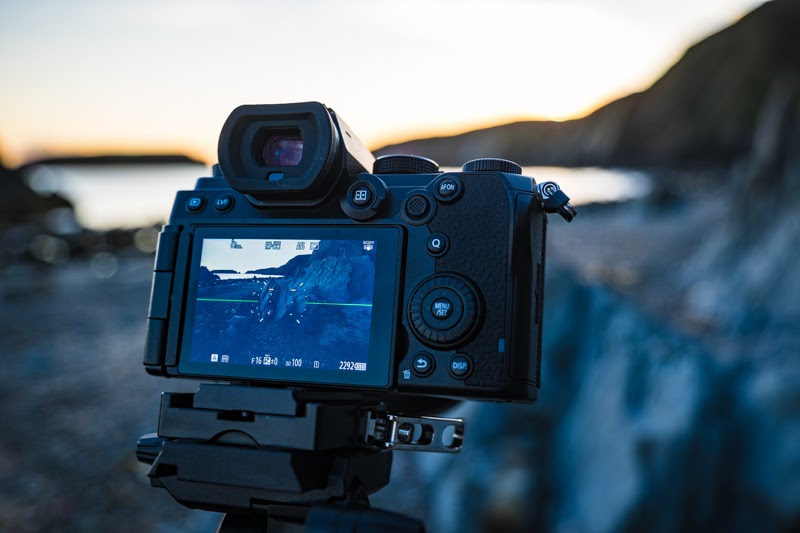 However the story still doesn’t end there. The S series of cameras, including the S1 feature a system called DFD. This is an additional, separate system developed by Panasonic. It stands for Depth From Defocus, and helps to speed things up by giving the contrast detection system more information about the precise distance of an object, minimising the amount the lens has to refocus.

This system tends to work only with Panasonic lenses because it requires that the camera has in-depth information about the specifics of the lens and how it performs. There are other features that help speed up the autofocus, too, both of them are turned off on the S series cameras by default, but can easily be switched on at the expense of slightly more power draw.

The first is Quick AF. When this is turned on the camera approximates focus before you have pressed the shutter button. Then there’s Eye Sensor AF. With this turned on the autofocus triggers as soon as you bring the camera to your eye, hopefully reducing the amount the lens has to do to lock focus.

There’s also an autofocus custom setting for photos and video that allows you to adjust the sensitivity of the system and tune it to whether you are taking images of still objects or moving ones. 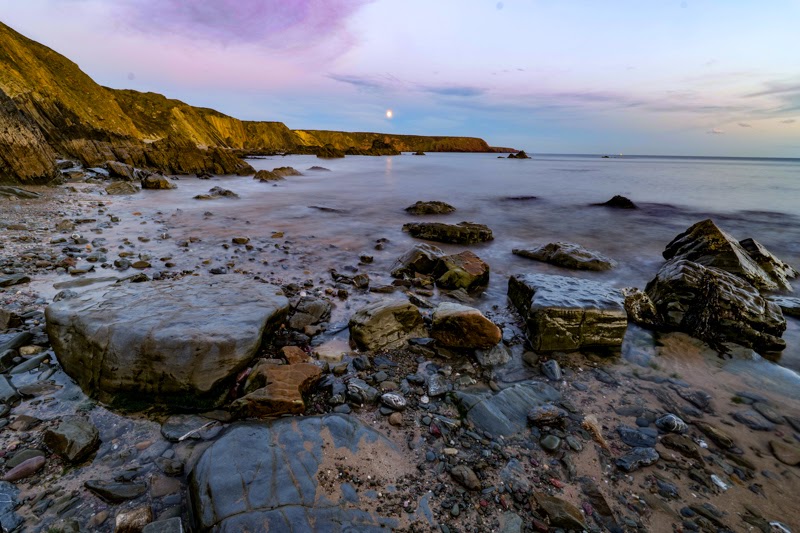 Now, though, the S5 has had the entire autofocus system updated and optimised. These same optimisations are coming to the S1 as well in a future firmware update.

These optimisations increase the speed at which the system can lock on, as well as drastically improving the camera’s recognition of objects such as people and animals, even if they have their backs turned to the camera, heads tilted, or are in the distance.

How well this has worked I’ll let you know in full in my main review, but from what I have been trying so far it seems to work pretty well. One of the disadvantages of contrast based systems is that they are generally limited by the video framerate you are using, so for video they tend to be not as good as phase detection. However from what I’ve been seeing so far it has been working well. I need to go into more detail with the custom responsiveness settings, but the camera definitely does seem to pick up on and recognise people and animals much, much better than the S1 did previously. For stills I have noticed a big increase in my hit rate getting images of my rather energetic and fast moving dog, Dolly! 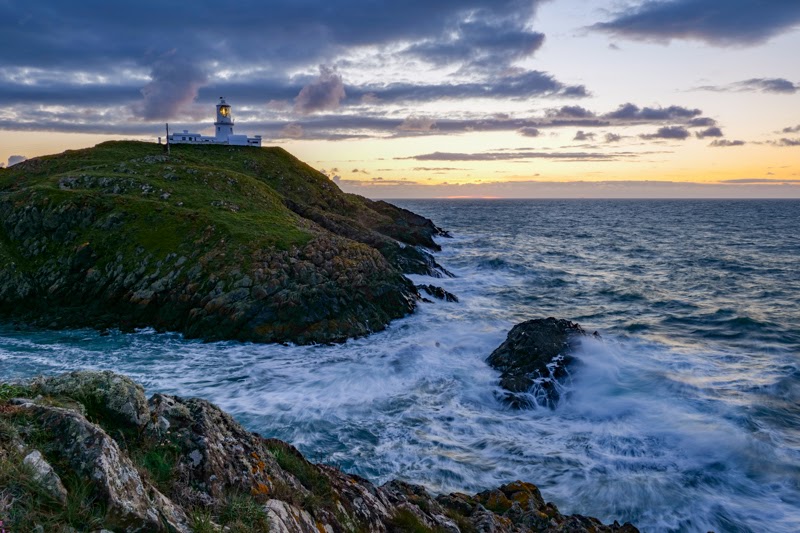 Thoughts to ponder on the S5

Before my full review on the camera drops, what are my thoughts regarding the S5 as an S1 owner myself?

I’d be lying if there wasn’t a part of me that was hoping Panasonic would update the S1 with some added features in firmware to keep it current such as 4K raw output. The S1 is still an amazing camera. It’s totally dependable and build quality wise is only eclipsed by a Challenger 2 tank.

If you are a stills photographer and currently own an S1 there’s not much to concern yourself with here unless you want a lighter, more compact camera. But for those who do an equal amount of stills to video the decision will be much more tricky. The main question regarding upgrading will be whether you need ProRes RAW or you would like 10-bit 60p internal recording. 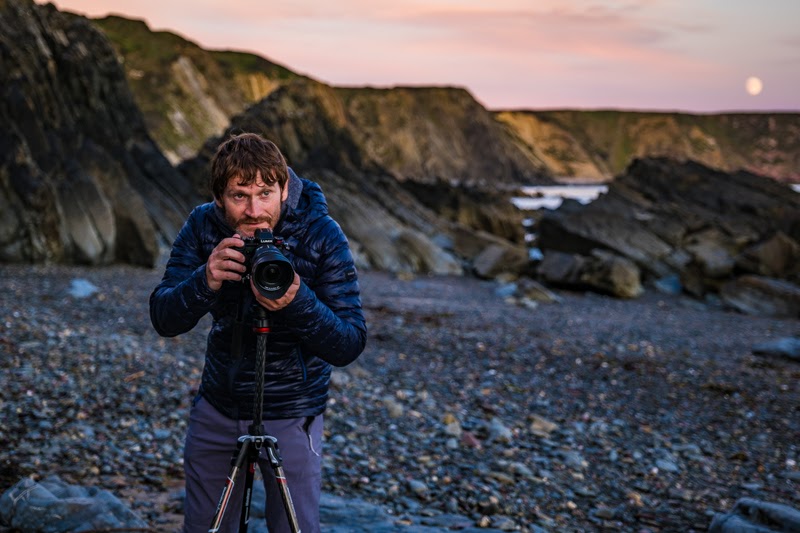 The lighter weight and smaller size of the S5 makes it a pleasure to carry around.

So far I have definitely been enjoying the much more compact nature of the S5, and although it is still heavy with the 70-200 mounted onto it, there is the option of using the lighter kit lens for more mobility. Faced with the choice of which camera to take out I have been reaching for the S5 without any hesitation, with the size and weight of the S1 being quite apparent when I’ve gone back to it.

Look out for my full review of the Panasonic S5 here soon.

The Panasonic LUMIX S5 is available to pre-order at a list price of £1799.