How HitFilm Express and FXhome Community Inspire the Next Generation 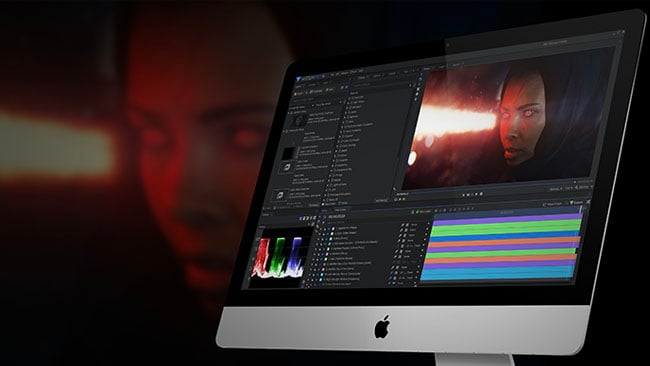 During a recent call with FXhome CEO Josh Davies and Marketing Manager Kirstie Tostevin, where we discussed the viral Back to the Future deepfake, the two talked about the free HitFilm Express software and their global community of 5 million members. They spoke about how not only the next generation of content creators are inspired by their software, but how others are using HitFilm Express for more than video and film post-production.

FXhome has a great lineup of professional post-production software, including HitFilm 14 (editing, VFX and composting), Ignite Pro (VFX), Imerge Pro (compositing), Photokey 8 Pro (green screen compositing), and Action Pro (animations). All of these apps are affordable, and many are bundled to save editors and filmmakers even more money.

But what makes FXhome so unique is their true desire to help the next generation of content creators by not only helping to build a 5 million member-strong community, but by offering their main software free.

HitFilm Express is the free version of their popular software, and filmmakers and content creators can download and use it for free. There is their pay what you want initiative, starting at $9 with more features added depending on which version of HitFilm Express you choose, with a portion going to charity (currently aiding in the fight against COVID-19).

“The main thing we wanted to do was to make a completely free version of the product. It’s always been the dream,” explained Josh Davies. “Once we got to a level of success, it was really important to open it up to the millions of people that want to try this software.”

Davies and Kirstie Tostevin explained that those flocking to HitFilm Express are teenagers, some as young as 14 years old. They join the community, and visit the forum to learn even more. For example, there are general topics around Filmmaking, HitFilm Techniques & Questions, a User Gallery, and much more. As they hone their craft and grow as content creators, they in turn pass their knowledge onto the next generation of filmmakers.

The team behind Corridor Digital started out on the HitFilm forums many years ago, and they have become a hugely popular entertainment channel. They're also very influential to filmmakers and VFX artists worldwide. They produce videos and shorts, including RUSH and Lifeline, and their Corridor Crew YouTube Channel showcases behind-the-scenes videos. This in turn helps educate the next generation of filmmakers.

"The guys at Corridor Digital are constantly pushing the boundaries of what people can do at home. They are doing things that's legitimately recognized on a big level. That's inspiring people and inspiring [creativity around the world]," explained Davies.

Working and Learning From Home

With COVID-19 sending kids and teachers home, they're using HitFilm Express at home to continue their learning.

"Particularly during this current period, teachers and students are having to adapt their learning process, and they are applying what they learn in HitFilm Express to wider media studies learning," said Tostevin.

"For the first time in history, it's possible to learn everything you need at home, if you leverage the communities around software like HitFilm, or even Blender and Unity, which have their own ecosystems," she continued. "With our YouTube channel, masterclasses and online forums, there is everything a student would need to learn the software from scratch."

Machine Learning and the Future

Davies explained that machine learning can go beyond deepfakes, and be used for good. For example, counting crops using a drone and machine learning to get an approximate number, instead of just an estimation. And in the world of filmmaking and visual effects, machine learning can help perfect how scenes are filmed, to make it easier for the VFX designer to do their work.

"It's a wide universe of amazing tools, and it doesn't matter whether you're going to become a filmmaker or not, actually. These are tools that allow you to express yourself in some way, and some will get into physics, math, and science as well," concluded Davies.