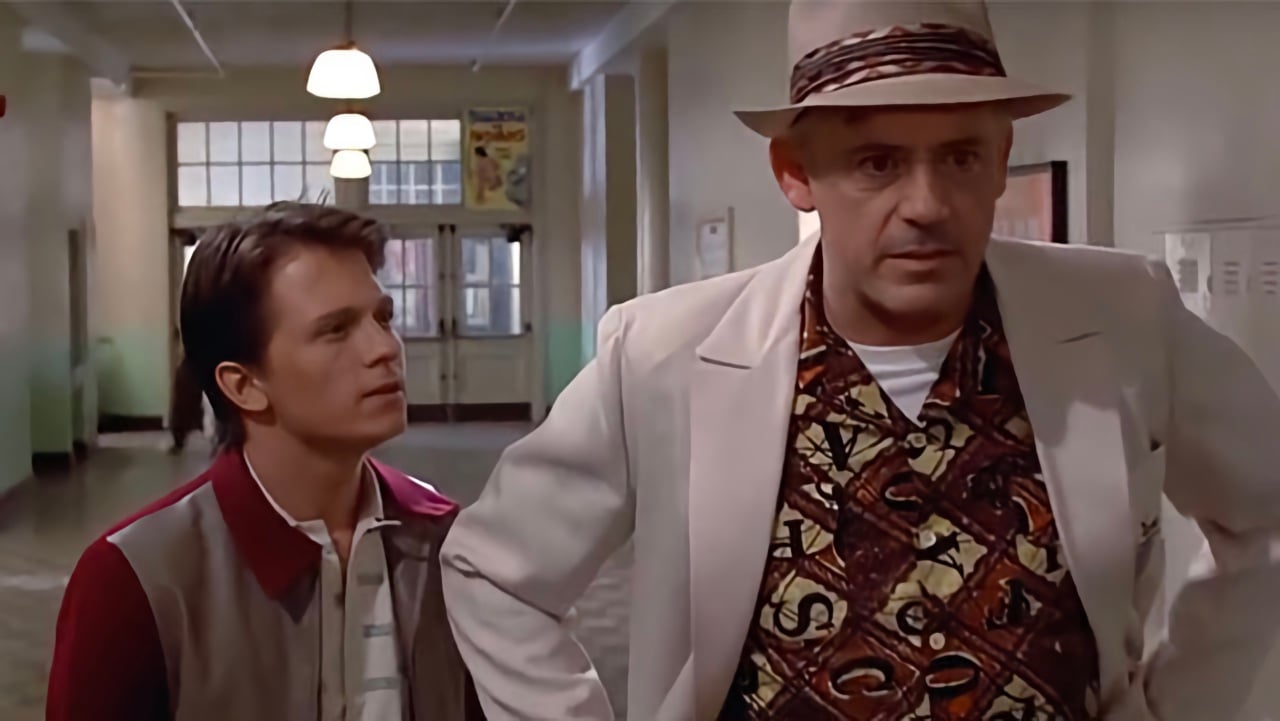 Back in mid-February 2020, a deepfake video of Robert Downey Jr. and Tom Holland went viral replacing Christopher Lloyd and Michael J. Fox in the classic film, Back to the Future. The VFX were flawless, all the way down to their lips matching the original actors’ voices. And it was all created on HitFilm Express, which is available for free, by a young director named François Brousseau.

I recently spoke to the director, along with Josh Davies (CEO) and Kirstie Tostevin (Marketing Manager) of FXhome, creators of HitFilm, to learn more. But first, let’s dive into what a deepfake is.

What is a Deepfake Video?

The idea of replacing someone in a photo or video has been around for years. Photoshop has been used to create all sorts of fake images, from placing a well-known modern-day person in a historical scene, to photos of the Loch Ness Monster. And the same goes for films and videos.

While it can be used for fun, there are definitely more notorious intents with deepfakes, such as blackmail and revenge. Fortunately, there is technology and forensic experts, plus internet sleuths, who can help spot a fake a mile away.

In the film world, we’re seeing applications of deepfakes already. Will Smith played himself at his current age plus a younger clone in Gemini Man using CG visual effects to de-age the star. Plus, Netflix went all-in on Martin Scorsese’s The Irishman and their VFX artists spent a long time de-ageing Robert De Niro, Al Pacino and Joe Pesci.

The Back to the Future Deepfake

François Brousseau explained how he was inspired to learn visual effects: “I always liked the magic of special effects in movies. One day I saw a deepfake video on YouTube — it was amazing. When I learned that I could do it myself and for free, I did everything to learn how to do it.”

François began teaching himself HitFilm Express and DeepFaceLab, both free, and taking full advantage of his Geforce GTX 1070 SC 8GB graphics card. He began to perfect his VFX craft. And after spending some time watching tutorials online, seeking some advice in FXhome’s 5 million-strong community and experimenting through trial and error, he started releasing deepfakes onto his YouTube channel (EZRyderX47).

He did some virtual ‘casting’ of well-known actors into famous movie roles in these early deepfakes. For example, Keanu Reeves starring as Wolverine and a young Harrison Ford as Lone Starr from Spaceballs. With each video he created, the deepfake became more and more realistic.

The director had already created some Back to the Future deepfakes before he found the winning formula that went viral. They still featured Spider-Man’s Tom Holland as Marty McFly, but in one video Jim Carrey starred as Doc Brown. Again, each one was better than the previous one as he perfected the technique.

François uploaded the Tom Holland and Robert Downey Jr. version on his YouTube Channel and within a couple of days, it went viral. The visual effects he created are nearly perfect and he essentially had two of the biggest stars in the world ‘starring’ in a scene from one of the most beloved movies of all time. As of this writing, in early March 2020, he has over 6 million views, 100,000-plus likes and over 18,000 subscribers.

The team at FXhome was blown away and inspired that one of their community members used HitFilm Express, the free version of their famous NLE software.

“The main thing we wanted to do was to make a completely free version of the product. It’s always been the dream,” explained Josh Davies, CEO of FXhome. “Once we got to a level of success, it was really important to open it up to the millions of people that want to try this software.”

“We were so inspired by what he did, we decided we wanted to try and educate the rest of our users about the potential of deepfakes,” explained Kirstie Tostevin, Marketing Manager at FXhome. “So we did a test in about four hours. And it's nowhere near the level of what he did, but we were still amazed at how good it was.”

Here is the version the team behind HitFilm created, plus how they did it:

I asked François what’s next for him and he responded: “Right now, my plans are to wait for the storm to calm down. I have an incredible amount of project offers. Later, I would like to learn more about special effects and maybe find a job in this field.”

Deepfakes are here to stay and there is plenty of free software to not only create them but also to detect if they are real or fakes. Companies like FXhome offer HitFilm Express for free and are creating tutorials to help budding filmmakers learn their craft. The applications of deepfakes go beyond just swapping people’s faces — it’s helping teach the next generation of content creators.