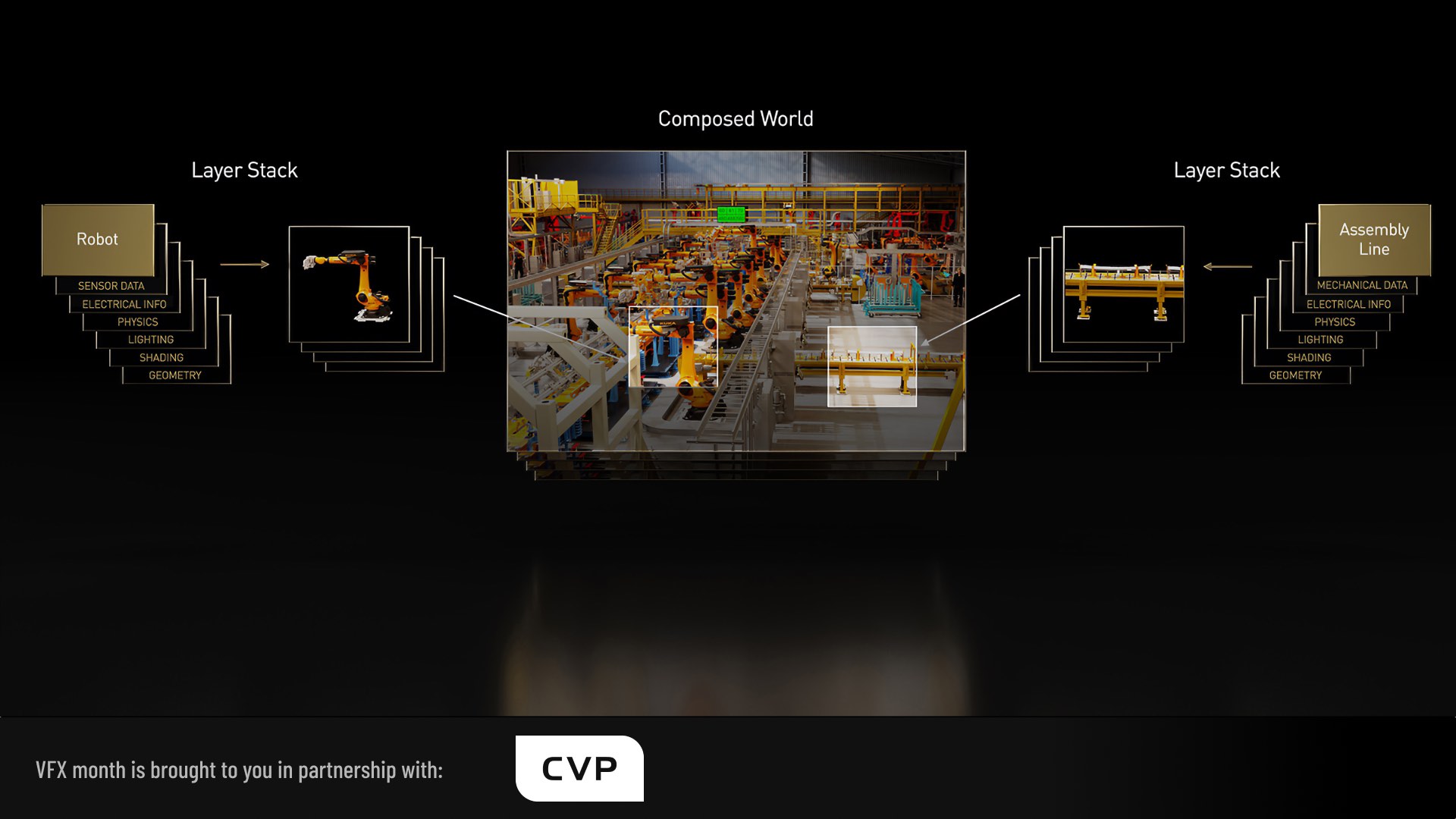 NVIDIA has announced a broad initiative to evolve Universal Scene Description (USD), the open-source and extensible language of 3D worlds, to become a foundation of worlds way beyond vfx and a bedrock of the open metaverse.

This is ambitious stuff. Working together with USD’s inventor, Pixar, as well as Adobe, Autodesk, Siemens and a host of other leading companies, NVIDIA says it will pursue a multi-year roadmap to expand USD’s capabilities beyond visual effects. This should enable it to better support industrial metaverse applications in architecture, engineering, manufacturing, scientific computing, robotics, and industrial digital twins.

All this was announced at the company’s SIGGRAPH address, when the company shared forthcoming updates that it hoped will help to evolve USD. These include international character support, which will allow users from all countries and languages to participate in USD; support for geospatial coordinates to enable city-scale and planetary-scale digital twins; and real-time streaming of IoT data to enable the development of digital twins that are synchronized to the physical world.

The company goes a fair bit further too, stating in a blog post that “NVIDIA believes that USD should serve as the HTML of the metaverse,” which is a fairly bold move.

“Just as HTML evolved from the limited static documents of HTML 1 to the dynamic applications of HTML 5, it is clear that USD will need to evolve to meet the needs of the metaverse,” it states, before listing a few of the additions its already made such as Python 3 support; Material Definition Language (MDL) materials support; and a schema for rigid body dynamics simulation (with Pixar and Apple) to standardise the representation of mass distribution, collision behaviour, and other data necessary for rigid-body dynamics.

More short- and medium-term development is on the way, such as real-time proceduralism and browser compatibility. Elsewhere, it’s also releasing a collection of free resources to speed USD adoption, including thousands of USD assets purpose-built to open up virtual-world building for users without 3D expertise. The company is also providing hundreds of on-demand tutorials, documentation and developer tools to help spread USD education.

There is also investment earmarked for building USD plugins from popular 3D software ecosystems to NVIDIA Omniverse, its platform for connecting and creating virtual worlds based on Universal Scene Description. New beta releases include PTC Creo and SideFX Houdini, with Autodesk Alias and Autodesk Civil3D, Siemens Xcelerator, and more in development.