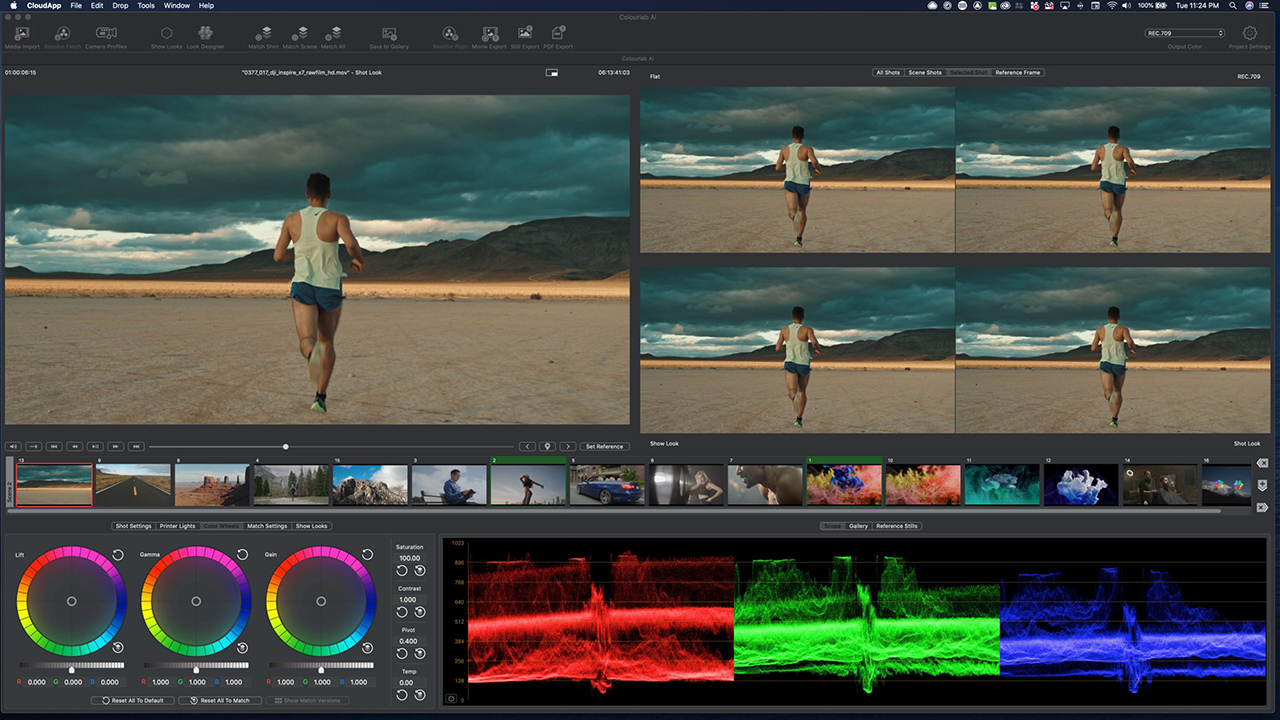 Replay: There's a lot of talk about AI, but it can be an emotive subject, with talk of computers replacing humans. We have some news for you, they won't. At least not unless we want them to.

We had a great response to Larissa Mori's article on the state of AI within the post production industry, but it has also prompted some discussion about the rather emotive subject of whether humans will be needed any more.

It's a topic that comes up quite frequently as software gets smarter and faster, often producing results in seconds that would take a human many hours. In my mind this is a good thing, but the usefulness of AI highlights something important, and that is that humans are naturally lazy. We are, I'm sorry for pointing that out, but we just are. Humans like doing the fun stuff, particularly in the creative industries, and AI can really benefit us in those spheres.

It should be pointed out that AI, whilst it has "Intelligence" within the description is not in fact actual intelligence. It isn't sentient, and it doesn't have an opinion about you. AI is great for some tasks, for example sorting through images identifying common shapes and features, but it is terrible for others, such as making a subjective decision on what your colour coordination of clothing should be for the day. You might be able to train an AI system to give you colour coordination recommendations, but this will be based upon information that a human programmer gives it rather than the computer's own opinion on fashion.

Out of all of these it is the deep learning aspect that concerns most people. The idea that a machine can effectively assimilate information and learn on its own through trial and error. What if it discovers something that we don't want it to?

AI is only as good as the information it is given

AI systems, no matter how advanced, are only as good as the information their human programmers give them for reference. There are some remarkable systems around that can perform some incredible tasks, such as IBM's Watson, but AI can never replace humans unless it becomes sentient. Watson's strength isn't that it is actually intelligent as such, but that it can crunch an absolutely gargantuan amount of information very quickly and output ever more accurate results. This does not mean that Watson will suddenly become aware of its own existence.

No matter how good AI becomes it is doubtful it will be able to make truly creative decisions unless by accident, and this means it won't be replacing you as a video editor or colourist. It's going to be a very long time, if ever, before a machine can understand why a particular unusual cinematic composition works on an emotional level. It won't be able to grade an image creatively because it won't understand the story, and therefore where precisely your attention needs to be on an image. It won't understand the emotive nuance of an actor's look or reaction to a fellow actor. In other words it's going to be a very long time indeed, if ever, before AI is able to make the truly subtle emotion based decisions that really makes for an amazing edit or grade.

What AI is good at however is dealing with lots of information that humans just don't want to be bothered with. In other words it can crunch a lot of data very quickly and perform big sweeping jobs that humans find dull, tedious, and repetitive. In the world of colour grading matching cameras is an example of a task that the average human probably doesn't enjoy doing 1000s of times a year for a television series for example. An AI based piece of software such as Colourlab Ai is designed to do this very task and more.

Colourlab Ai can match thousands of hours of footage for consistency as well as apply a base graded look in a matter of seconds. Bingo, you've just saved a load of hours work and eye strain, and can now instead focus on the creative aspects of grading the film or TV show you're working on. This isn't replacing you, it's helping you.

We've now got editing systems that can match shots to the script and identify people and objects to automatically add metadata. Having software perform an assembly edit based upon a script and automatically layering multiple takes would save a ton of work, allowing the editor more time to do the more productive tasks such as choosing the best take, adjusting the timings, and finding those nuanced cutaways etc. Again such a system assists rather than replaces humans.

There is another argument used against AI relating to this idea of assistance though. And that is the fear that because AI has sped up certain tasks any given creative will make less money if they are charging on a time basis. A half day or even full day or more that might be traditionally charged for shot logging or assembly editing could be lost due to AI performing the same task in mere seconds. It's a fairly valid concern on the surface, even if we take into account the idea that you can fit more clients into the same time period. But if those clients don't exist in the first place you can't cram more of them in if you still only have the same quantity of customers.

On the other hand AI might allow you more time to have an actual life. Let's be perfectly honest, the time that most creatives charge for isn't the actual time they spend on something. Most often the real time spent on a job is a lot more than has been quoted for, leading to stress, being overworked, and less time spent with family and friends.

In other words the problem that most creatives have isn't that they get the job done too quickly, but that they have to work like crazy to fulfil tight deadlines. When we think of it like that then anything that can help automate and speed up some of the more mundane tasks should be very welcome indeed.

So if you find yourself worrying that you'll be out of a job, don't. AI won't be replacing you any time soon, and you should embrace the assistance. And as a final note, the programmers who make AI based software are reliant on you as customers to buy it. It isn't in their interest to make you redundant!

If you have the time, below is a lecture given to MIT in 2019 by Lex Fridman, which covers what Deep Learning is, and some of the history of AI, and where it's going.