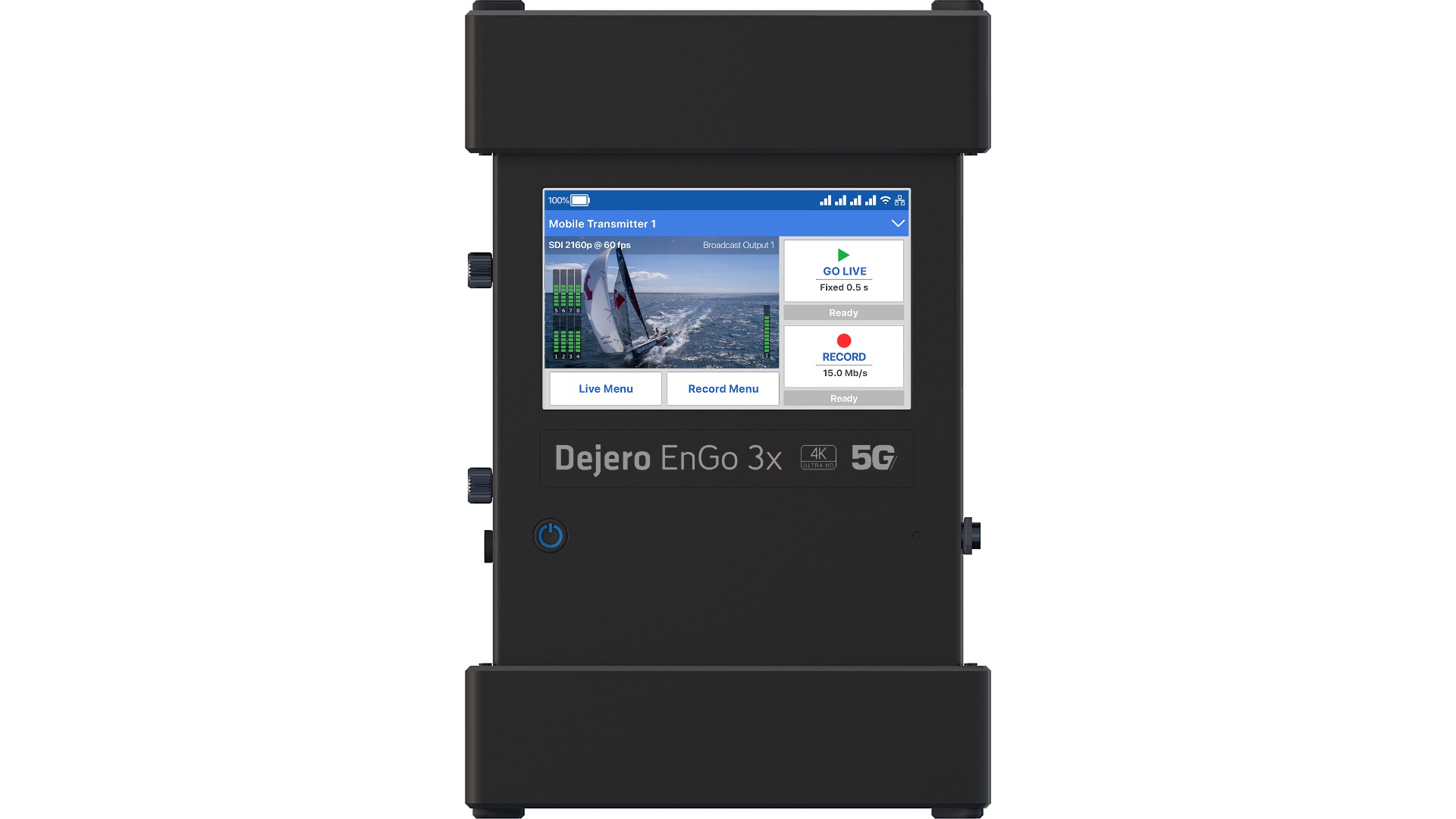 It being August, the IBC2022 stories are starting to come through thick and fast, with Dejero’s news of a new 5G transmitter and decoder that provides reliable 4K UHD video transmission and multi-camera production in the field.

The first IBC in three years is going to be held in September, and chances are there is going to be no shortage of new products to see in the RAI’s many halls.

5G production is going to be one of the meta trends of the show, especially given the progress the 5G rollout has made since we were all last in Amsterdam, and Dejero has staked an early claim for something interesting to investigate.

Two new transmitters, the EnGo 3 and EnGo 3x, have been designed with a brand new RF and 4x4 MIMO antenna architecture to unlock the full potential of 5G connections and ensure optimal antenna isolation. They also carry modems that support a broad range of cellular bands to enhance 5G performance, supporting additional bands used by carriers in the US, Canada, Australia, China, Korea, and Latin America that other 5G mobile transmitters simply cannot connect to.

The EnGo 3x boasts multi-camera support for up to four fully frame-synced HD feeds with eight audio channels. Ideal for capturing feeds from multiple cameras in a single unit, additional camera inputs can be licensed when needed for more flexibility.

The EnGo 3 is designed more for newsgathering in locations where 5G networks have been widely deployed, and promises glass-to-glass latency as low as half a second over bonded cellular connections.

Interestingly, the 5G networks bonded by EnGo 3 and EnGo 3x transmitters can be combined with other wireless networks including Wi-Fi and GEO/MEO/LEO satellite, and fixed line wired networks thanks to Dejero’s Smart Blending Technology. This intelligently manages the fluctuating bandwidth, packet loss, and latency differences of the individual connections in real-time, providing increased reliability, coverage, and bandwidth.

Connection speed is up to 500 Mbps. And, as the company points out, it’s not just about live work. The units can also accelerate delivery of content from a remote location directly to post, regardless of where that location is – reducing the number of people required on set and potentially leading to some impressive cost savings.

They are also joined by the new 4K WayPoint 3 receiver. WayPoint 3 reconstructs HEVC or AVC video, transported over multiple IP connections from any Dejero transmitter from version 1.3 onwards, ensuring reconstruction, decoding, and playout in the highest possible definition that SDI, or MPEG-T workflows can support. Saving rack space in the server room, WayPoint 3 can simultaneously output up to four feeds from the same receiver; two 4K UHD and two HD, one 4K UHD and three HD, or four HD. 1 TB hard drives with RAID protection provide power and storage redundancy.