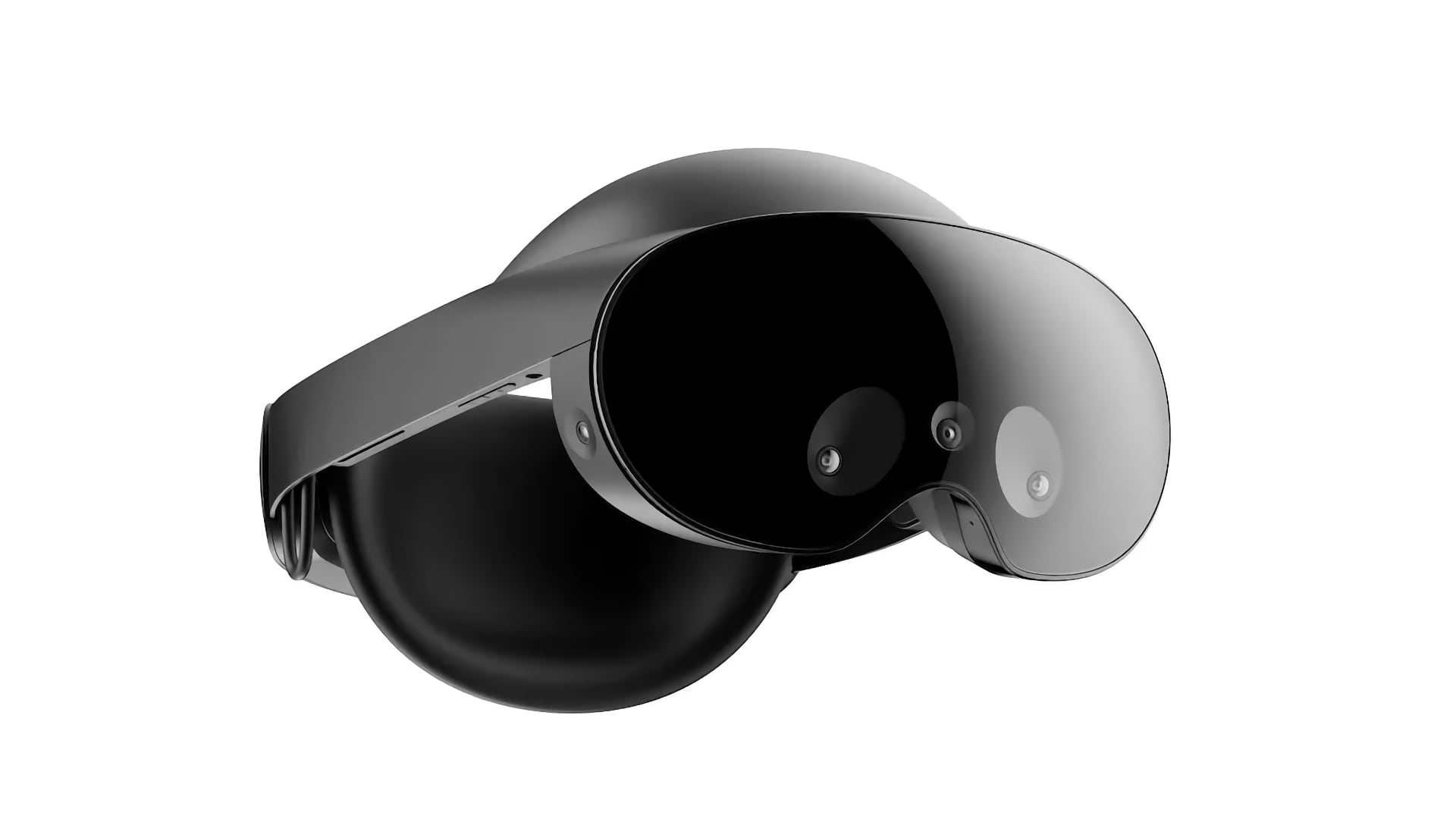 After several years of drip feeding information on the Internet, Meta’s next generation VR device, which was called Project Cambria for what seems an eternity, is launching on October 25. Project Cambria the name has gone, and the headset is now called Meta Quest Pro and has pricing fixed at a fairly steep $1499.

It is an interesting unit though and it's billed by Meta as the first of a 'new line of advanced headsets' that are perhaps more geared towards mixed reality than pure virtual environments. An entirely new optical stack replaces the Fresnel lenses in the recently announced Meta Quest 2 with thin pancake optics that fold light several times over, reducing the depth of the optical module by 40%.

And if you want more numbers showing its superiority over its consumer alternative, Meta Quest Pro also has 37% more pixels per inch and 10% greater pixels per degree than Meta Quest 2, making everything from reading text to playing games look better. Additionally, there’s a 25% improvement in full-field visual sharpness in the center view, 50% improvement in the peripheral region, and a 1.3x larger colour gamut.

Based on the Snapdragon XR2+ processor and with 12GB of onboard memory and 256GB of storage, a new curved battery on the back helps make it more balanced and ergonomic. Where it conspicuously does not improve on the Quest 2 however is in battery life. It is only going to provide an hour or two on a single charge and will require the same time to fully cycle up again.

Elsewhere, other comfort fit factors include a continuous lens spacing adjustment mechanism, accommodating inter-pupillary distances (IPDs) between 55mm and 75mm. The headset also lets you adjust the lens distance from your eyes with a new eye relief dial to optimize fit, face tracking, and viewing experience. Weight is 722g.

It also features high resolution outward facing cameras that capture four times as many pixels as the MQ2 and integrates inward facing sensors to capture natural facial expressions and enable eye-tracking. Unusually for its parent company, both eye tracking and what Meta refers to as Natural Facial Expressions are off by default and, even when turned on, images of your eyes and face stay on the headset, are deleted after processing, and are never shared with Meta or third-party apps. Which is nice to know.

Perhaps key to its success is going to be the way that it handles that mixed reality and it’s certainly been engineered to accommodate the real and the virtual together. It’s been designed with an open periphery, letting users use their peripheral vision to stay present in their environment while they multitask between the real and virtual worlds. Included magnetic partial light blockers provide the option for greater immersion, while full light blocker attachments will release later this year.

Unlike the Meta Quest 2 headset, the Pro unit’s passthrough feature also lets you see your physical environment in full colour. With multiple sensors making up the passthrough image, it means that what you will see is the outside world rendered stereoscopically inside the headset, enabling you to transition between the two with greater ease and better depth perception.

We’re going to have to wait till the first reviews come out to see how well it’s managed to implement all that. On paper, however, at least it looks the part and the business market it is quite conspicuously aimed at is not going to baulk at the cost – as long as the software developed for it presents compelling use cases.

Indeed, it seems that we are finally starting to get the technology in place to be able to properly investigate the possibilities of mixed realities and the Metaverse. The next crucial step is to be convinced that we should bother.