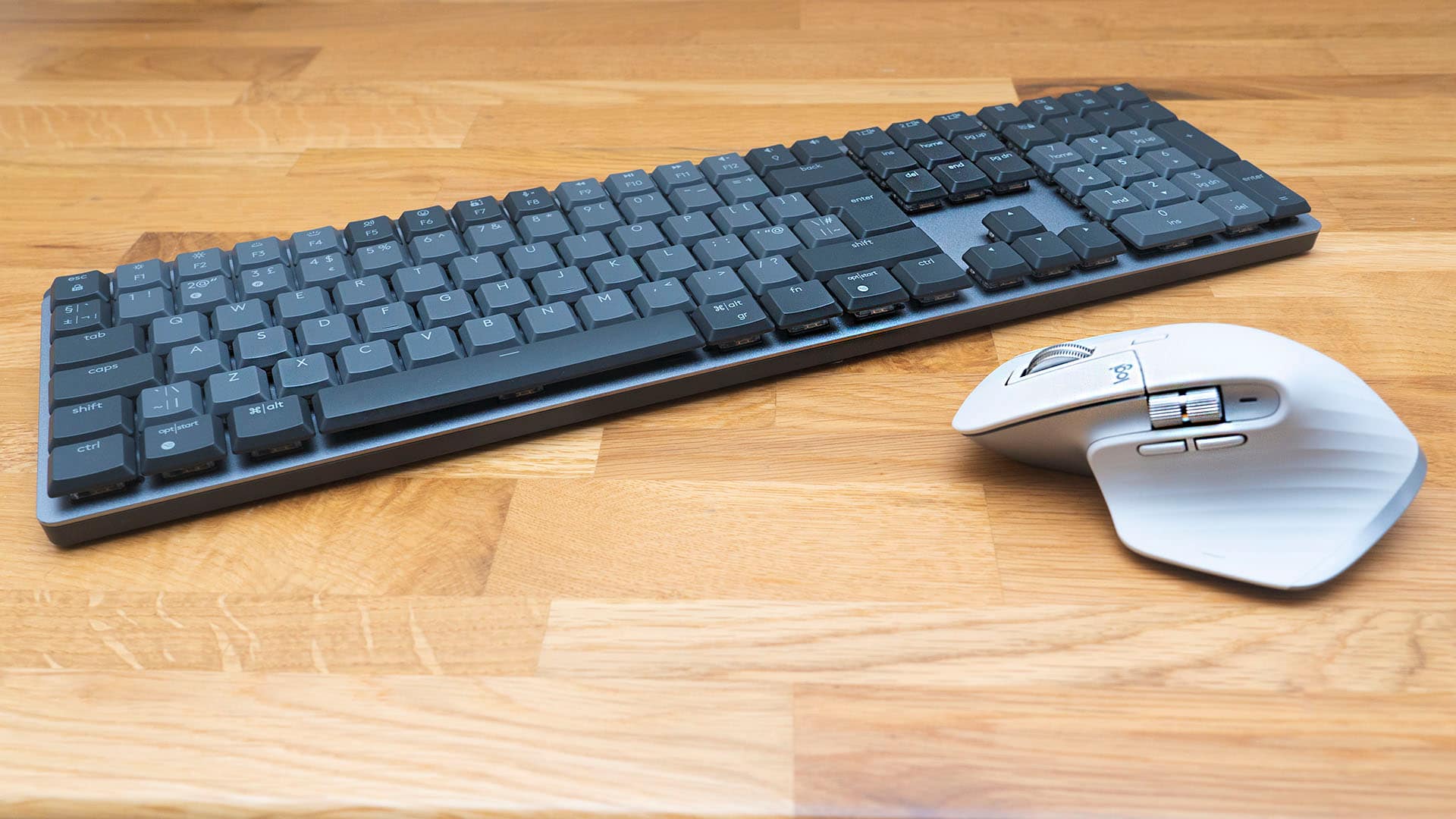 While we wait for the metaverse to arrive, back here in meatspace our main interface with worlds virtual and otherwise remains the keyboard and mouse. And, as Logitech’s MX keyboard and MX3S mouse show, these are definitely not all created equal.

I've been using PCs long enough to remember when there was only one option and that was beige.

There are now limitless possibilities in terms of keyboards and mice, particularly when you look at the gaming market, for productivity there are fewer useful options.

Working across both Mac and PC I find myself using two dissimilar keyboards and mice, unifying these to one is a goal I've had for a while. When Logitech brought out the MX Mechanical keyboard and MX3S mouse, I was intrigued to see if these could perform double duty for me.

First of all there are a few variations of the MX Mechanical Keyboard (£149.99 - £169.99), the version I’ve been using is the full size Tactile Quiet, in some markets you can also get Linear or Clicky switch variants. They also offer a mini version for those that prefer the size or need the portability.

Set up was not as seamless as I had hoped and I had to try a couple of times particularly on Windows 10, probably because I already had existing Logitech devices connected via a unifying receiver. You can’t use the existing Logitech Options software to set these devices up, you must upgrade to Options+.

Initially I did find the keyboard a little cramped, the keys themselves are a tiny bit smaller than on my existing Logitech K800 board.  I do prefer the feel of these new keys, as my K800 board uses membrane keys and the other one is a mechanical gamers keyboard with Cherry MX brown switches.

The travel of the keys on the MX Mechanical have a positive if a relatively short throw, it sits somewhere in between my other 2 keyboards. It’s not silent but neither is the action objectively loud. The keys are also completely stable with no lateral wobble, it’s a very tight feeling, precise board.

There is a white backlight with 7 levels (and off) and this can be set with one of the function keys. It will fail to engage if the battery level is low, or if the ambient room lighting too high. There is also an option to change the backlighting dynamics (breathing, wave etc), by using the function key in combination with the volume down key.

It’s a weighty board for its small size with an aluminium top plate contributing significantly to the mass and eliminating flex. As for features, it’s relatively basic with several function keys pulling double duty as media playback including volume adjustment, mic mute and even an emoji keyboard shortcut.

As for battery life, well for me it’s a bit early to tell properly, it’s rated for 15 days with the backlight on or 10 months with it off. If you’re a touch typist (unlike me) then that may well be achievable, however without the backlight on the light grey font on darker grey keys can be a little hard to discern, YMMV.

It’s a pity that the battery is not easily user replaceable, I’d happily give up a bit of svelteness (if that’s a word?) for the ability to swap out the rechargeable battery when it reaches the end of its usable life.

I’ve also been using the latest version of the Logitech MX Master mouse, the 3S (£119.99), it comes with a few upgrades, as I’ve been using various versions of this device for years I had my doubts as to if it would actually make a difference to me.

The biggest change is the noise, or rather the lack of it. The main left and right buttons have been dampened significantly, going from the click sound of the MX3 to a low level clunk noise, I’d never realised just how loud a mouse could be. The scroll wheel mode selection button has also seen a mild reduction in levels but I couldn’t detect any other differences with the other button and wheel feedback. It also sports a new 8K sensor, not something that I’ll be making use at the moment though as you can enable/disable it in software.

Setup was relatively easy, although it does make you go through a verify procedure by pressing the mouse buttons in a pattern that reminded me of the cheat code for Sonic the Hedgehog on the Mega Drive.

The selling point for me of this new setup was the Flow functionality, both keyboard and mouse can be set to switch between two different PCs or Macs and even copy and paste files if they are on the same network. You can move the mouse to the edge of the screen and drag the cursor to your second machine and control of mouse and keyboard automatically switches over to it. The only thing missing here is that you can’t drag and drop files, you must use the keyboard shortcuts.

For me it’s simple, yes.

The MX3S is an easy choice, it's simply excellent, if you have the MX3 then maybe it's not worth the upgrade but from the 2 or the original version, or if you haven’t used one then yes, grab it. It’s just a pity there is no left handed option. The MX Mechanical keyboard is a bit more of a personal decision, you may need a chance to try it out first. The combination makes even more sense if you are planning to use it across multiple devices and I’m already adapting to the slightly different keyboard layout.

The true test is that both have now replaced my previous devices and released some much needed desk space and some precious time faffing around with a dual set up. It’s amazing what you put up with.