How Ms Marvel was finished in DaVinci Resolve Studio 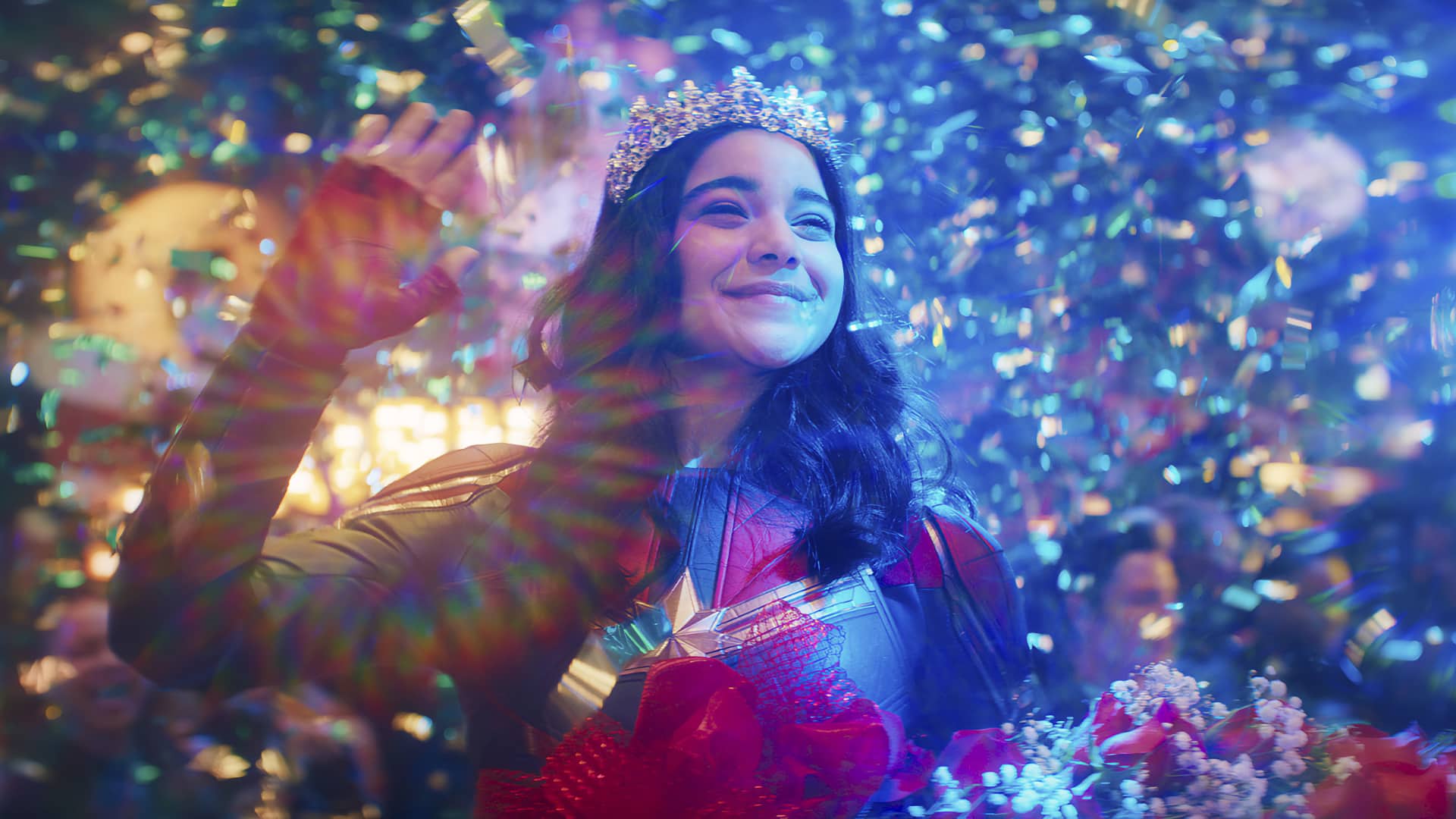 Blackmagic Design has been detailing how the latest MCU series on Disney+, Ms Marvel, was graded and finished in DaVinci Resolve Studio.

Marvel Studios’ original series Ms. Marvel has been one of the better of the recent small screen MCU offerings and definitely does good things when it comes to the overall diversity of the MCU in general. It’s also a really rich, vibrant watch.

With a goal to create a unique look for the new show, Marvel Creative Finishing Supervisor, Evan Jacobs, worked with the filmmakers on the colorful style. “The creative team for ‘Ms. Marvel’ really wanted to lean into the use of saturated vibrant color,” said Jacobs. “We really pushed the look of the show to be very unique within the MCU, and we’re so proud of the final result.”

Colorist Matt Watson engaged with VFX in DaVinci Resolve Studio early on. “Here at Marvel, we spend a lot of time with the VFX teams, starting as early as possible during post production,” said Watson. “As soon as VFX has early ideas that they want to play with, we bring them into DI to see how they will work and how we can help the plate photography and VFX work well together.”

“We worked closely with Sandra and her team to design a workflow that would allow for tight integration between the vendors supplying the graphics and DI,” said Jacobs. “We needed to preserve the ability to control the underlying plate color without adversely affecting the graphics. We used Resolve to do many of the comps in the live grade to allow this. We really leaned on Resolve’s compositing capabilities for this project.”

“We built as much as possible in Resolve,” added Watson. “All the split screens and graphic overlays were comped in Resolve for full flexibility. The graphic montage in episode one was 14 layers of comp tracks and graphics overlays, and while it required careful navigation while grading all the layers, it really paid off having the flexibility in the final stages of DI.”

An early scene set at AvengerCon combined massive VFX with colorful art direction. The first time Khan shows her powers was critical to balance correctly. “The look of Kamala’s energy was something we played with a lot, both in VFX and in DI,” continued Jacobs. “It was dubbed ‘hard light’ in the show, and it was easy for it to drift into looking like ice or crystal.”

Watson focused on ensuring that the imagery stood out without becoming muddled or confusing. “We spent a lot of time with Sandra and her team on AvengerCon, making sure that the two colorful worlds were still separate enough to show off the power of the ‘hard light.’ We used a lot of mattes to create subtle separations between the two,” he said.

The Marvel post production team were able to further integrate DaVinci Resolve Studio into their pipeline by using the DaVinci Resolve developer application programming interface (API) to create custom tools to aid their workflow. “We’ve built a robust set of proprietary tools, called JARVIS [nice touch - Ed], to automate a lot of our processes on the front end,” said Jacobs. “For example, we can leverage Take Selector to carry all the VFX versions, as well as the base VFX plates, for every shot in the timeline without any effort on the part of our conform editors. We can compare old versions or even switch VFX versions live in the room without needing to go back to conform, which can really save time when you’re working against a deadline.”

Watson also appreciated some of DaVinci Resolve Studio’s built in features. “Magic mask has been a game changer. It opens up so many more options for grading. Resolve also works really well with Sapphire, which we use a lot. We also really utilized multi user collaboration mode, with multiple users all working in the same project. VFX shots could be updated in the background or color notes could be addressed while I continued to work through the episode. This makes client facing sessions very smooth and efficient.”

Jacobs and Watson leaned on all DaVinci Resolve Studio’s tools and features, from conform to final delivery. “We’ve really tried to get creative and use the Resolve toolset in interesting ways to extend the capabilities of what we can do in the room. This means building really efficient workflows and adding automation, so we spend more time creatively grading and less time waiting for support tasks to be completed,” concluded Jacobs.

Ms. Marvel is streaming now on Disney+. And it's rather good.