Here's our report from the official VENICE 2 launch event 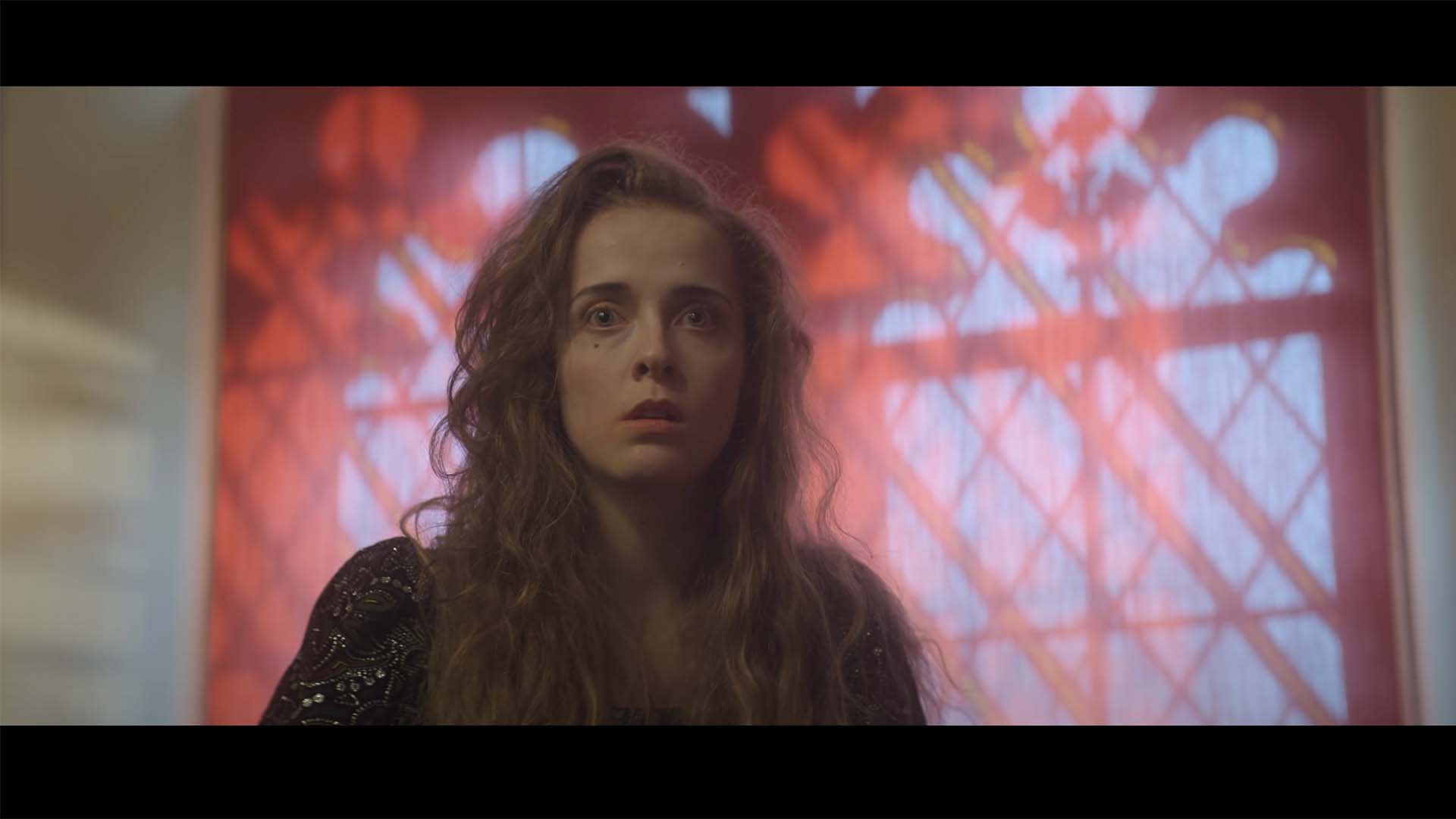 Cinematographers gathered at the Curzon Bloomsbury in London recently for the UK’s introduction to the Sony VENICE 2. Neil Oseman went along to see the first footage from the new iteration of the popular full-frame digital cinema camera.

The traditional cinema hoarding of the Curzon Bloomsbury is emblazoned with the name of the Sony VENICE 2 as I arrive for the UK launch of the new camera. The original VENICE, released in 2017, has been used to shoot films from The Father to Black Widow, and series including The Serpent and Devs. This last one was photographed by BAFTA-winning cinematographer Rob Hardy, BSC, ASC, who went on to shoot one of two demo films which we will see tonight.

After a glass of wine and the obligatory moan about producers with a fellow DP, I follow the crowd down to the screening room to see the footage from the VENICE 2. The first film, Homecoming by Rob McLachlan, ASC, CSC, is a visually unforgiving piece using all natural light and no filtration. Hardy’s film, Venezia, is far more cinematic, a mini period drama that demonstrates much more effectively the sort of photography that the 40 or 50 DPs in attendance have come to evaluate.

“We wanted Rob to test the camera,” Sony product manager Richard Lewis tells me, “and boy did he do that!”

Venezia’s protagonist moves through a stately home, emerging from dark corridors into bright, day-lit rooms (with the assistance of artificial lighting outside windows) and later through spaces illuminated by candles. Working with Cooke FF anamorphic glass, Hardy added a 1/8th Black Pro-Mist filter for a little diffusion, but points out that he always does that, whatever the camera.

Hardy has been a Sony fan for quite a while, though he tests all the major cameras before every project. “It’s about what the film wants,” he says, and for him that just happens to have been a Sony camera much of the time. “I need something that’s flexible. The tools absorb your creative decisions.” 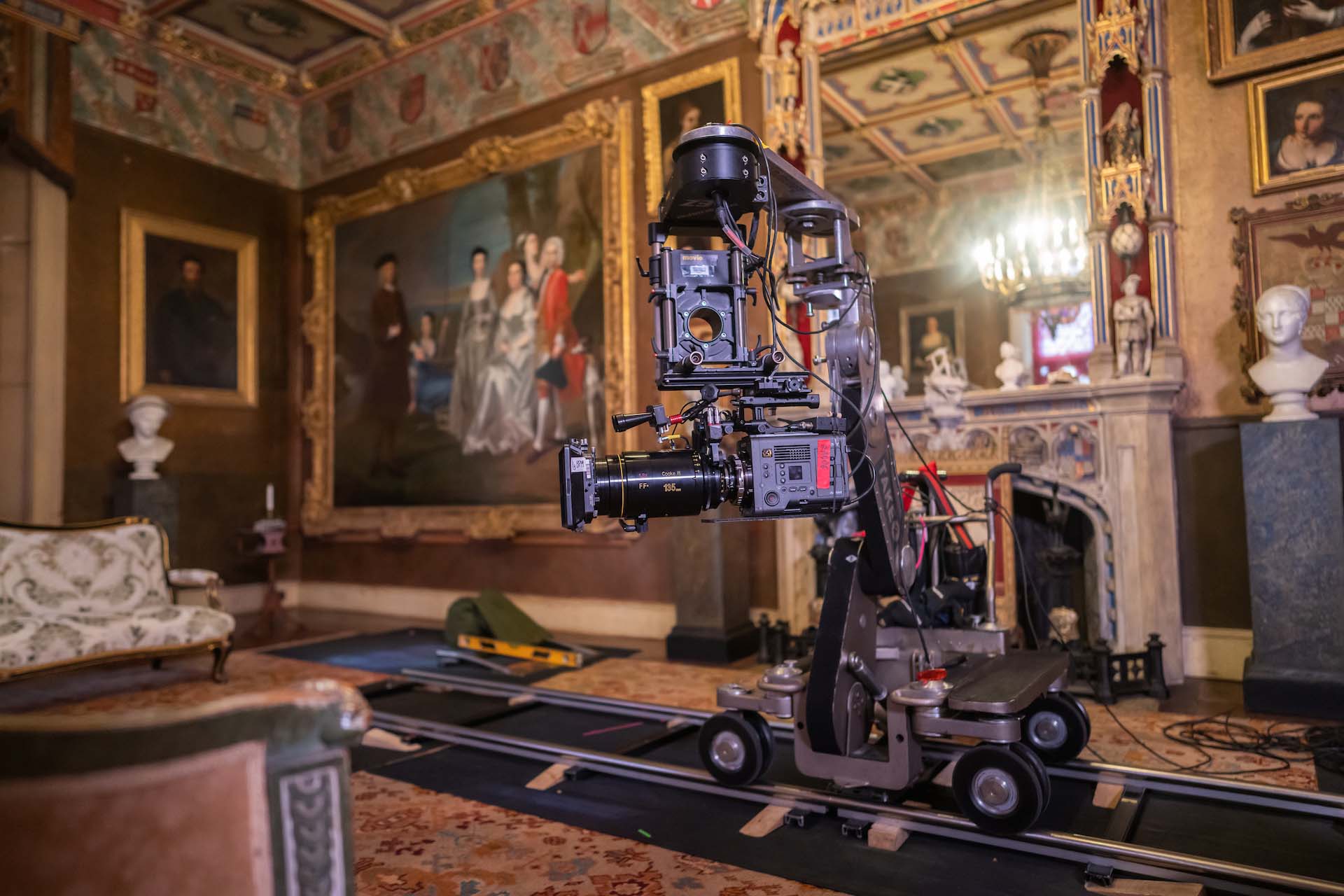 The VENICE 2 will be available with either the same 6K sensor as its predecessor, or a new 8.6K (8640x5760) sensor. At 250mm in length, the body is slightly bigger than the unadorned original, though smaller than the VENICE 1 with the external R7 recorder fitted. The new model does away with the need for an R7, having the ability to shoot X-OCN (16-bit eXtended tonal range Original Camera Negative) files to built-in AXS card slots, as well as ProRes.

“The fact that it’s more compact is really the thing,” Hardy says when asked to name the new camera’s most significant improvement.

The VENICE 2’s weight, 4.3kg, is about halfway between that of an ARRI Alexa Mini and a full-size XT. When I handle the prototype later in the evening, I find it reassuringly heavy and well balanced.

A unique feature of the original model is the VENICE Extension System, more commonly known as “Rialto Mode”, which allows the sensor block to be separated from the camera with a 2.7m (9ft) cable to facilitate more creative rigging. Sony expects it to be early 2023 before a version of this is available to fit the 8.6K sensor.

The new sensor extends the dynamic range of its forerunner from 15+ stops to 16, but working with the camera, Hardy found the increased low-light sensitivity more noticeable; the native ISOs are now 800 and 3200, up from 500 and 2500 on the 6K sensor.

Although relatively little of Venezia was shot at ISO 3200, Hardy reports frequently needing to cut light to get the look he wanted, rather than adding it. One shot was filled at the last minute by a bounced phone torch. In my experience, neither of these things is especially unusual with a modern cinema camera.

The VENICE 2 shares its predecessor’s colour science, exceeding the gamut of Rec. 2020 and DCI-P3 colour spaces. The new model boasts improved highlight roll-off, but shots of a low sun reflecting off the ocean in Homecoming show that there’s still a way to go here.

Both VENICE models have 8 stops of built-in ND filtration, in single-stop increments (unlike other cameras which unhelpfully jump two stops each time), meaning that an overall excess of light is easy enough to deal with. Lewis reckons that could save half an hour a day in filter swinging, and I’m inclined to agree with him.

Projected on the Curzon’s big screen, the VENICE 2 footage shows no signs of noise. At the same time, the images are not clinical. They are clean but alive. Hardy admits to performing noise removal on two shots – but those shots were lit with three candles.

The DP is clearly taken with the camera. As the audience filters out of the auditorium after the screening, Hardy is asking a Sony rep whether a VENICE 2 will be available for his next feature with Alex Garland, due to start shooting in February. The response is enthusiastic but noncommittal. Sony currently aims to roll out the 8.6K model in February with the 6K version following in March, but with the current global supply-chain problems there can be no guarantees.

As I wend my way home, I am excited to see what will be produced with the new camera, but perhaps more excited by the idea that its release will bring down the rental cost of the original VENICE, making it more accessible to us DPs not working in the highest tier of budgets.

Watch VENEZIA, shot on VENICE 2 below.