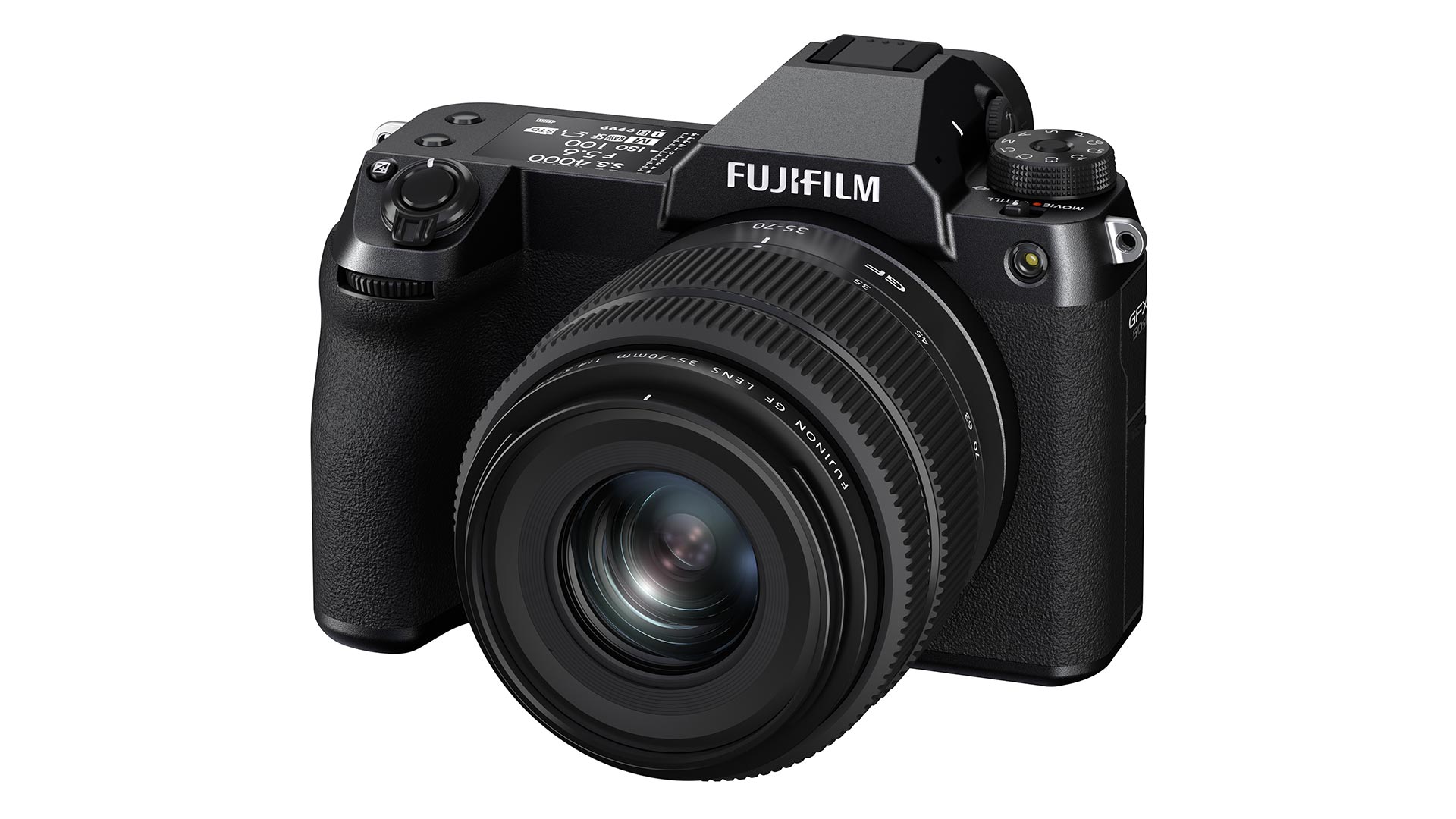 Want a medium-format, video-capable camera, but don’t want to splurge five figures on the Fujifilm GFX-100? Well, the company has just announced a revision to its little brother, the GFX 50S, which was already a comparatively compact and lightweight option but which still had a sensor you could easily use to roof a small outbuilding if you got bored with taking pictures.

Based on released information, the GFX 50S II immediately looks fairly comparable to its predecessor. The body could hardly get any smaller and still accommodate the G-mount, though it’s a little more convenient, integrating the viewfinder and omitting one of the control wheels in favour of a top LCD screen very much like that on the monster GFX 100. It’s a nice monochrome graphical display as opposed to a milky transreflective effort like many cameras. This encourages us to assume that the GFX 50S II is designed to create a product range with the GFX 100, as opposed to the original GFX 50S, which founded the GFX line in the first place.

As we found with the GFX 100, the 50S II is primarily a stills camera, and most of the changes between versions are aimed squarely at photographers. It’s the same mile-wide 51-megapixel sensor as the previous version – actually it’s 44 by 33 millimetres, or pushing one and a third times the total area of an Alexa 65’s sensor. It’s much more squarish than most motion picture frames, as medium format (or at least medium-format-simulating) cameras tend to be, but the new camera does mount it on a motion system for in-body image stabilisation, and there’s an improved processor for faster focusing.

Being made by a company other than Canon, these cameras will lack the sophisticated dual-pixel autofocus that many EF and RF cameras enjoy, though we found that the GFX 100’s behaviour was very creditable in that regard and had no problems with the autofocus overall. That implies some quite interesting engineering in the lenses, which inevitably need to be big and heavy in order to cast a big enough image – not to mention a sharp enough image – to satisfy the sensor’s ravenous hunger for resolution. That weight implies a beefy autofocus system to throw the glass around fast enough, and with enough precision, to make the AF work as well as it does.

The kit lens for the GFX 50S II is to be the GF 35-70mm f/4.5-5.6 WR. If that doesn’t sound like a very long lens on such a large sensor, well – it sort of isn’t, to be honest, although the ability to simply crop in on such a vast image offsets some of that. There’s already a healthy selection of GF lenses available, including a 250mm f/4 prime and a 100-200 zoom, although that’s hardly a wildlife photographers’ lens.

Give or take the chunky lenses, then, the GFX 50S II looks to be another antidote to the bulk and weight of medium format photography. We found that the GFX 100 – which is considerably bigger than the GFX 50S II will be – was agreeably like a completely conventional stills camera to use, and its smaller brethren should be even more so.

We’ll look at one in person when it becomes available. Prices given online hover around the US$4000 mark, body only, and bear in mind that the GF lenses are all four figures each. Steep as that’ll seem to people who are used to smaller format DSLRs, it’s pretty inexpensive compared to a lot of digital medium format cameras, and it’s half the price of a GFX-100. At 30fps, it’s hardly a spectacular video shooter, but it’ll do it, and if for some reason someone wants something to look like it was shot on IMAX… well, here’s one of very few options.