Flanders Scientific has a 5000 nit display on the way. Will your eyes survive it? 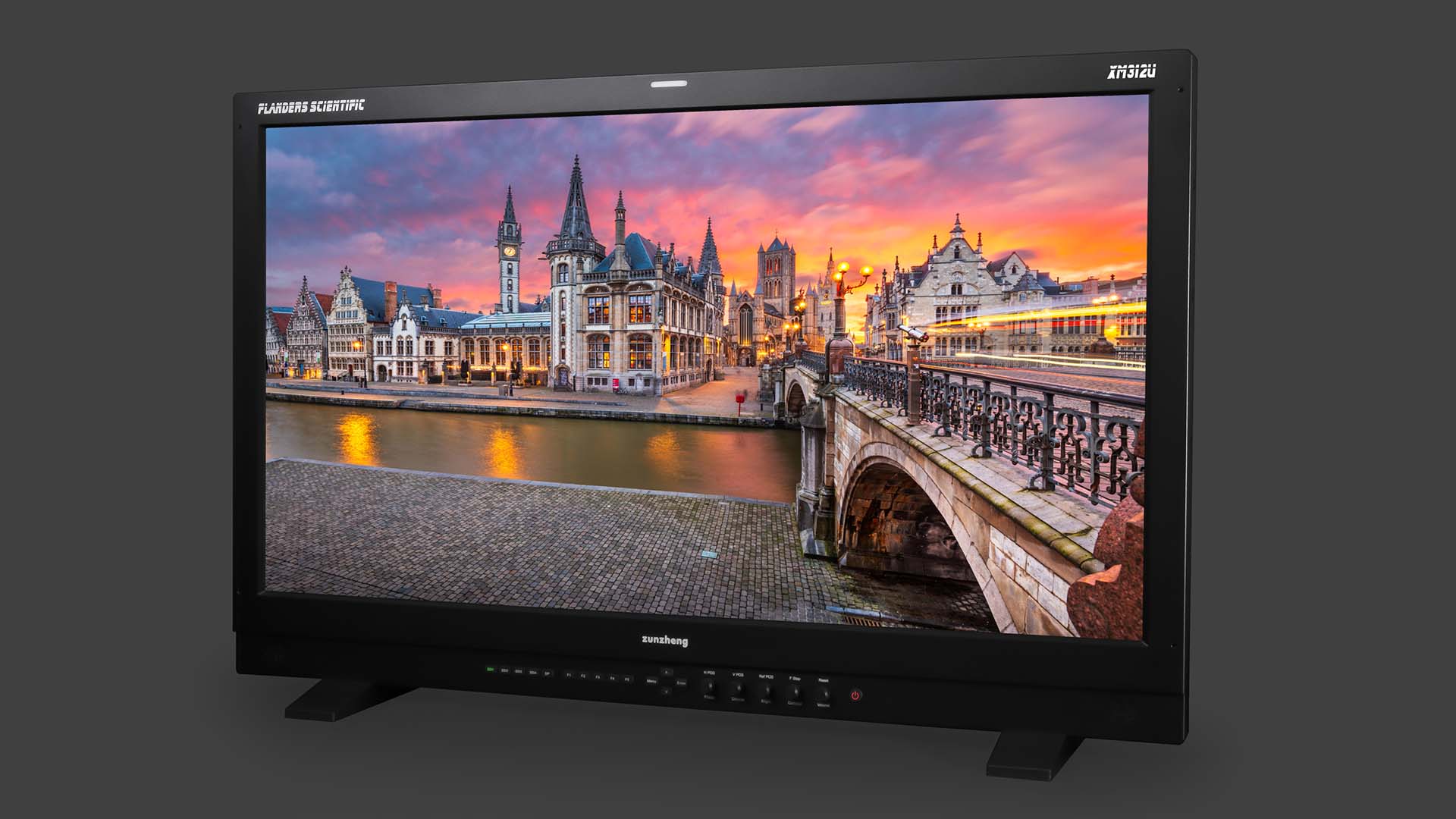 Flanders Scientific has a 5000 nit reference display on the way, but monitor brightness numbers are not linear.

Rumours circulating pre-NAB - or at least, what was to be NAB; we mourn this year’s show - suggested a glut of high-power displays, including a five thousand nit monster by Flanders Scientific, the XM312U. High dynamic range is one of those very few things that’s almost universally agreed to be nice - but the point at which nice becomes too much is still a matter of debate, much as was the case with stereo 3D.

Let’s be clear that in the context of FSI’s  big new display we’re not talking about the high power options often sold for on-set, and on-camera use. Some of them may be perfectly competent displays of various types after calibration, but the purpose of high brightness in a small portable monitor is generally to be visible in daylight for framing and focus, not to finish Dolby Vision masters for the big streaming distributors.

To say the least, most people would be cautious about strapping a 22-inch display to a camera, at least until we start seeing medium-format movie cameras; SmallHD’s new 4K 13” display seems more and more relevant the more and more we see big chips combined with high resolutions. Still, we don’t generally see five-figure displays strapped to an Alexa, no matter how L its F is.

So all those nits aren’t about blasting through sunlight, they’re about precision reference, an arena in which excessive display brightness, if mishandled, very nearly hurts. FSI’s 5000-nit machine is very possibly the brightest thing ever made, if we overlook the experimental back-projected displays created with cinema projectors.

It outstrips even Dolby’s mighty 4000-nit Pulsar, previously the powerlifter of monitor brightness. FSI’s new option is based on LED matrixed backlight technology, meaning it can’t display arbitrary combination of full-power pixels next to zero-output ones, but it’s more capable than, say, an OLED of exhibiting very high brightness over a large area of its display.

That’s great, but it does create the potential of an image that most people likely wouldn’t want to watch for long periods of time. Watch out, as ever, for the producer who steps out of a sunny day into a grading session for thirty seconds, demands a more pronounced HDR effect to justify the cost of creating it, and then steps back out again ten seconds later.

As ever, the numbers don’t tell us the whole story. 5000 nits might be five times as bright as common 1000-nit HDR displays, but it doesn’t look five times as bright. Human eyes have a (roughly, something like) exponential response to light, hence f-stops, which double brightness for every stop, but which look, subjectively, like a linear ramp in brightbess. Thus, one stop brighter than 1000 nits is 2000 nits, but another stop brighter is 4000 nits, and another would be 8000. So, 5000 nits, not to unfairly pick on FSI’s new monitor as an example, is really only two and a bit stops brighter than 1000 (and this goes some way to showing just how inadequate the contrast of standard dynamic range pictures can often be.)

In practical application, this question is riven with opinion and creative interpretation. Different humans have wildly different tolerances for brightness and contrast. It remains the case that much of the content of a competently-handled HDR image graded for the current installed base of consumer displays is unlikely to routinely contain large areas that significantly exceed SDR brightness anyway (though it may have far better blacks, and at least encode better saturated bright colours, although some domestic displays may struggle to display them).

In the end HDR still feels like a road not entirely travelled, with ideal display technology struggling give us what we’d ideally like. But given the widespread apathy over further increases in resolution, and over any increase in frame rate, at least for narrative content, it’s a refreshingly genuine arena for real improvement in film and TV technology that more or less everyone seems happy to get behind.

The only problem is that if you aren’t one of those people, HDR is hard to avoid. 2D glasses were made by replacing one of the lenses in 3D glasses, but that’s not an option for HDR viewing until Tiffen starts fitting Ultra-Cons into spectacle frames.