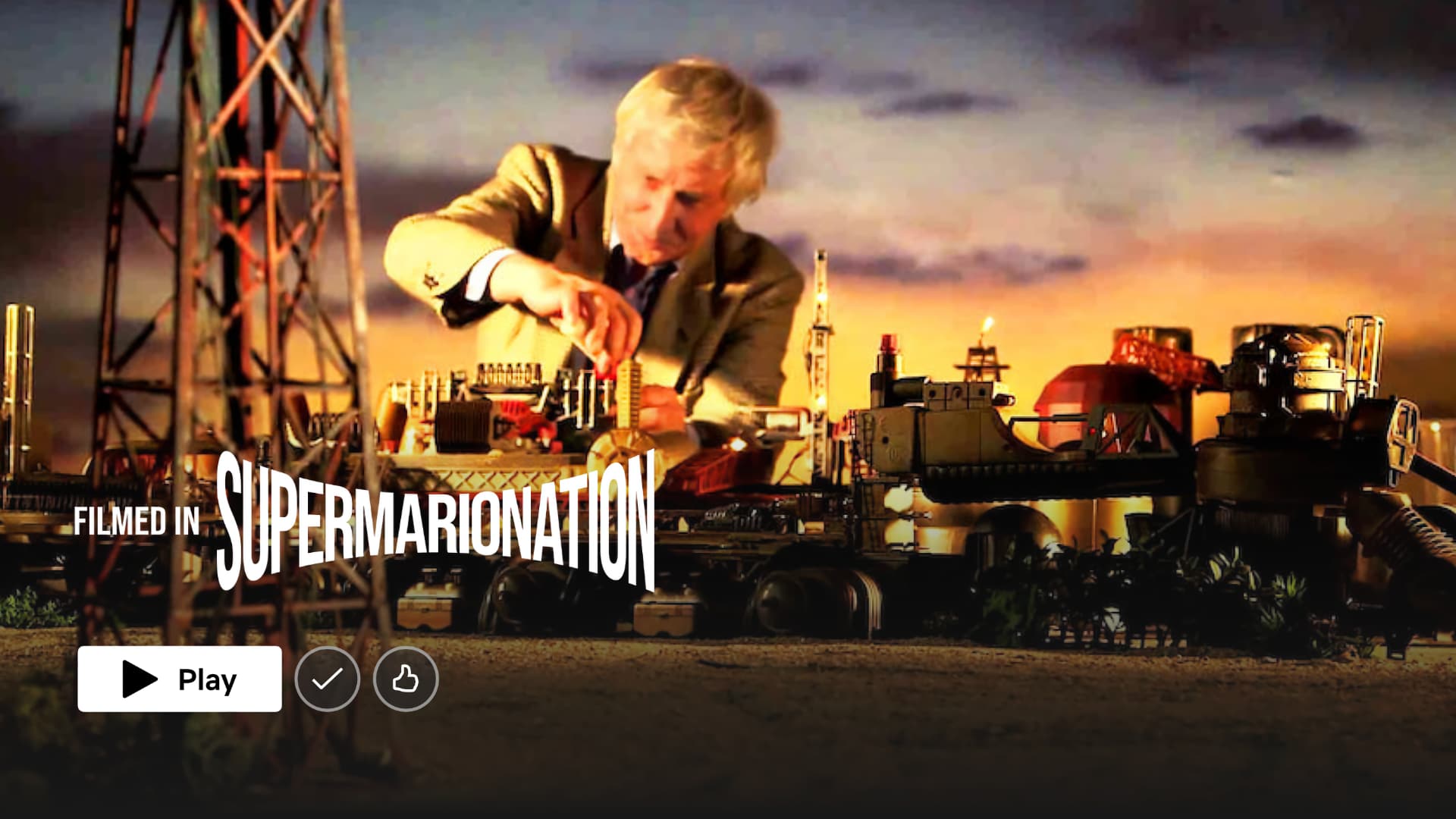 Phil Rhodes reckons you should watch the wonderful documentary on the technique behind Gerry Anderson classics such as Thunderbirds on Netflix this weekend. He’s not wrong.

There’s a really impressive degree of confidence implicit in the idea that it’s necessary to point out the fact that the likes of Thunderbirds was done with models. What’s even more interesting is that it hasn’t seemed to matter, at least if you’re the sort of person who enjoys early Meddings, is happy to ignore the strings, and doesn’t mind the fact that all the characters talk as if they’ve got their jaws wired shut. If that’s not you, you won’t be interested in a documentary that’s just come to Netflix in the UK and therefore the audience which saw Gerry Anderson’s work first.

On the other hand, if you’re a fellow UK inmate and have a functioning human soul of any sort*, this documentary offers a window into, among other things, some deliciously archaic filmmaking technique. They just barely have video assist, clearly using the smeariest-available monochrome tube cameras and probably only stretched to that because the puppeteers needed to be able to see what they we doing (it’s likely that the device seen is the Livingston Add-A-Vision system which debuted on the theatrical feature Thunderbirds are Go). Either way, there are pictures of people manipulating strings while squinting at a fourteen-inch monitor upon which some vague silhouettes are visible, which probably felt cutting edge at the time.

We can snicker at the 1960s hairstyles which flatter the puppets better than the crew, but there’s a few things about Thunderbirds, as well as many of the other Anderson greats, which should attract kindlier attention. For a start, it was shot on film, and it was shot on 35mm film at a time when that was rare in the UK. Modern HD transfers can pillarbox the 4:3 aspect ratio and enjoy lots and lots of resolution, although that’s not necessarily a good idea given how easy it is to reveal the fact that the cast are, well, dangling. It certainly has the look a of mid-century national geographic, give or take the model railway trees.

It was also shot using practical effects. What are we saying? It was practically made out of practical effects. While modern visual effects technology might have let someone touch out all those glints of puppet string, a decade of making things in Supermarionation founded the careers of people like the aforementioned Derek Meddings, whose last show – Goldeneye in 1995 – managed to portray a MiG-29 crashing into a satellite uplink antenna, for a major blockbuster, using techniques founded in the puppet shows of the 1960s. Other big names include Roger Dicken, who did model work for Alien, and Peter Wragg, who would move on to Red Dwarf, Doctor Who and Threads.

The skills of modelmakers have, with notable exceptions, waned in popularity, although anything that needs to convincingly explode is still likely to end up being built by someone. Mid-century lenses, conversely, have generally gone all the way from being state of the art to obsolete, then climbed all the way back up the usefulness curve to achieve the sort of useful antiquity that attracts big numbers on eBay. Identifying the lenses used on various Supermarionation projects is tricky at this point, although it’s likely someone will decide that almost anything which that old and capable of covering a Super-35 frame is characterful, rather than mushy, and send it off for expensive rehousing.

The ambitious way in which much of Anderson’s work was made recalls the things we said about The Prisoner, a production which was also shot on 35 for producer Lew Grade, who did his best to fulfil expectations of a TV magnate by never being photographed without a cigar in his hand. Grade adored Anderson’s work (or perhaps his success) so much that the director found himself frustratingly pigeonholed under P for Puppets until the production of UFO in 1970. Nonetheless, many of the things done for the kids puppet shows are things we’d happily do today if we could. Have pyrotechnics become more difficult to insure since the 60s, or something?

Pyro: the secret to success

It’s no surprise that Anderson’s least-successful show, The Secret Service, was the one that featured few pyrotechnics and even fewer sci-fi wonder vehicles. It might have also been that the awkward mix of live-action and puppets kept punching the reset button on everyone’s suspension of disbelief,  but Anderson purists acknowledge the importance of self-assembling supersonic underwater jet-powered rocket spaceplane heli-cars and the pretty ways in which they explode.

We might assume that, while there might be lots of things to like about the Anderson shows, their overscale water and soft-focus foregrounds insert just a bit too much kitsch to be taken seriously now. The lie is put to that idea by the recent reboot of Thunderbirds, in 2015, which went far, far out of its way to build real models and then put CGI characters in them (a previous reboot of Captain Scarlet had gone entirely CG).

It’s a fusion of techniques that maintains a well-judged balance between tradition and saleability which kept Weta Workshop’s modelmakers in trim constructing what now looks like deliciously retro futurism, and it’s not the only example. Around the same time, several thousand Kickstarter backers raised nearly £220,000 to produce the visuals for three new episodes of Thunderbirds which had previously existed only as radio plays. They shot Alexa, but there were still strings.

* The author loves Gerry Anderson shows, and harbours dark suspicions about anyone who doesn’t.