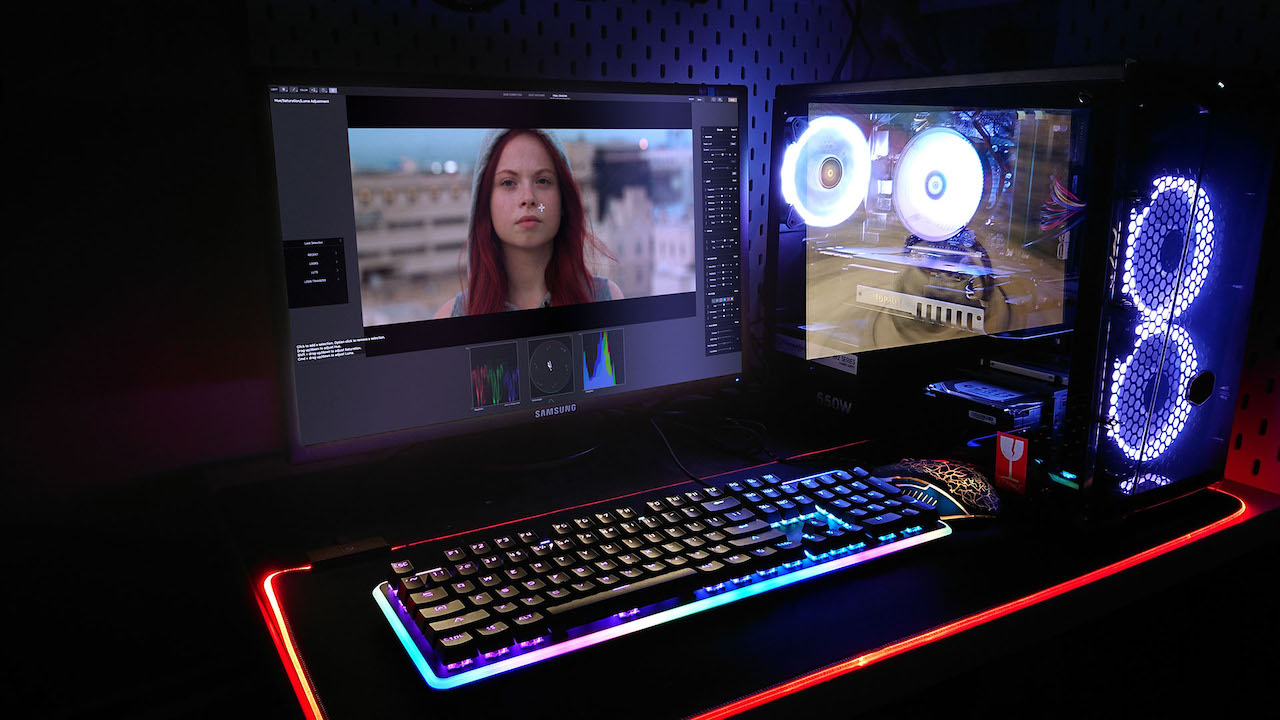 Cinema Grade is a powerful color grading solution from Denver Riddle and Color Grading Central. You can make adjustments directly in the viewer in supported NLEs. It's a simple yet powerful solution. But has been only available for Macs — until now.

The company announced Cinema Grade for Windows recently, and launched a Kickstarter to help out, and it was funded nearly four times over.

I reviewed Cinema Grade earlier this year, and loved how I could literally reach into the viewer to make my adjustments, rather than using traditional tools to color grade. According to Denver Riddle, editors using Windows-based NLEs have been asking him for a version since Cinema Grade launched two years ago.

Denver and his team are working on creating a version of Cinema Grade for Premiere Pro and DaVinci Resolve on Windows, and launched a Kickstarter to help with development.

How big is the demand for Cinema Grade for Windows? When the Kickstarter was launched they crushed their $20,000 goal in just 24 hours, and Kickstarter featured them on their "Projects We Like" section. They were able to hit 377% funding by early November when the campaign ended.

Denver is promising all the same great Cinema Grade features, including making on-screen grading in the viewer, color matching, 90-plus professional look presets based on popular movies (with great organization to find the perfect look), and much more.

If you're a Windows-based Premiere Pro or DaVinci Resolve editor, Cinema Grade is the perfect color grading solution to really dial in a professional and creative look for your project, no matter if you're a filmmaker, YouTuber, etc.

The Kickstarter featured several different tiers, including one for a $119 or more pledge for the Early Bird Filmmaker package, which includes Cinema Grade Pro, 90 Colorist looks, bonus film add-on's, and the Color Grading Academy training for Cinema Grade.

Denver provided an update on what's next for them here. If you didn't back it on Kickstarter, you'll have the opportunity to purchase Cinema Grade for Windows once it's ported over. He'll continue giving updates as they work through the project road map. He also confirmed there are beta users.