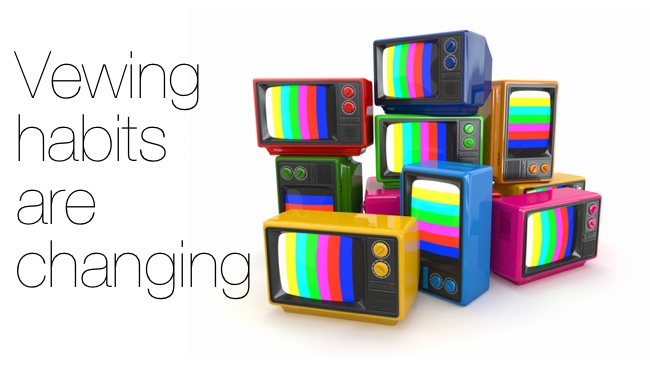 A really interesting report has been released by the body in charge of UK TV Licensing that charts how viewing habits are changing in the UK. And given the country's historical role in pushing the TV boundaries, it's probably worth reading elsewhere too

The full report can be found here: TeleScope 2013 but here are some of the headlines:

Catching up - The UK leads the world in PVR ownership, with 47% of households. In turn these households watch 20% of their television via time-shift. In other words, live is still compelling.

Too much choice? - 4,000 hours of mainstream programmes are broadcast every day. This equates to over three million hours of TV choice a year. The average viewer watches around 1,460 hours of TV a year, less than 0.05% of TV hours transmitted.

TV tech - Sales of jumbo sets (defined in the UK as 43in plus), Smart TVs and 3D sets are all on the rise

Increasingly social - Sadly, the most tweeted show in the UK is The Jeremy Kyle Show (think a low-rent Jerry Springer if you're happily unaware of it) with the much more worthy Game of Thrones in second place. During peak time, an astonishing 40% of all Tweets are about TV programmes.