The Grand Tour: Amazon Prime changes the game on so many levels 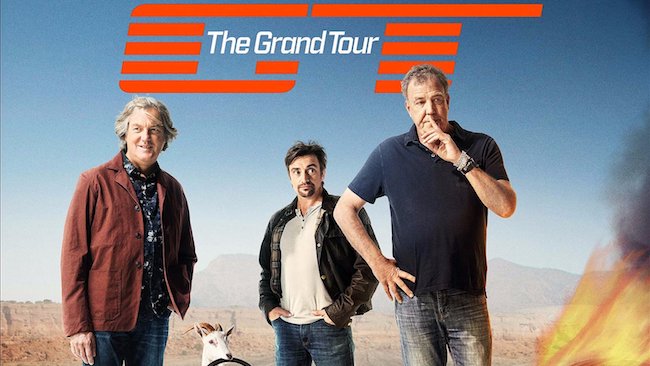 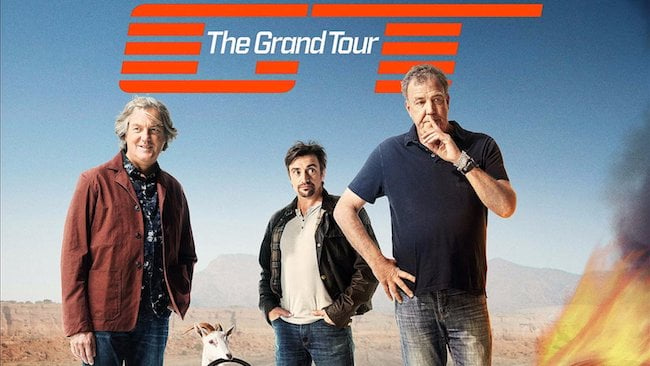 The Grand Tour kicks off in California

From the sheer quality of its production values to the enormous amounts of money Amazon has spent first producing it and then promoting it, the new show from the ex-Top Gear presenters really does change the industry.

I was going to show you a frame-grab from the new Grand Tour show featuring the erstwhile Top Gear presenters. A bout of insomnia meant that I was probably one of the first in Europe to see this show, although I can imagine plenty of fans staying up to see it at the stroke of midnight.

The thing is, though, that if I were to show even a frame grab, it would give the game away. The entire episode is visually gorgeous. It's a feast.

Back in August last year we wrote a feature asking the question: Does Top Gear’s move to Amazon Prime really mean the industry is changing?

Now we know the answer and it’s an emphatic ‘yes’.

I'm no fan of Jeremy Clarkson, although he does have a remarkable gift for making compelling television.

And it's probably this that made Amazon commit a huge budget for the new show — a reputed $5.6m per episode, with its bravura opening sequence alone rumoured to have cost $3.2m. It's remarkable for that, plus the fact that it was shot in 4K or above, and that it looks absolutely amazing.

Now, obviously, the budget has helped here. But that doesn't make the phenomenon - because it is that; not just a TV programme - any less extraordinary.

For a start, it makes complete sense to shoot, post and deliver in 4K now. 90% of the TVs in shops are 4K and the internet is agnostic to formats.

Watching this on my Macbook Pro made me think that we are now in a post-broadcast era.

It's not the broadcasters' fault. It's infrastructure. The BBC's made a lot of mistakes in its time in its eagerness to pursue new technology — DAB Radio with its fixed, inefficient codec is one of them — but it has moments of genius too. The BBC iPlayer is outstanding and, of course, doesn't depend on a fixed broadcast standard, so it's probably going to be the first place you'll find 4K content from the BBC.

But with any of the new breed of internet content producers: Netflix, Amazon etc, there's no need for restraint.

Who would have thought that in the space of just a few years we would have gone from seeing internet streaming as barely acceptable, flaky and little more than a party trick, to becoming the new normal in TV viewing, bringing with it higher standards than ever.

I can't say strongly enough that it's not just 4K that makes this production remarkable. In almost every respect it's going to break records. There's never been a marketing campaign like it (TV ads and banners across the top of Amazon's home page — it's hard to think of a more lucrative piece of advertising inventory!). Viral video teasers too.

The likes of Amazon, Netflix and Hulu have already changed how we watch TV, partly by dropping whole series online at once and encouraging binge viewing (though The Grand Tour is going to be released in the old fashioned manner of an episode a week). Now they’re starting to change how it’s made too.

I think it's fair to say that today — the first day that this series is available — is a watershed. Of course, not every programme made by Amazon or any other internet content producer is going to be like this one. But today is the day that internet TV came of age. There's no going back now and "conventional" broadcasters need to think very carefully about this.