Is DJI going to stop at just dominating the drone market? 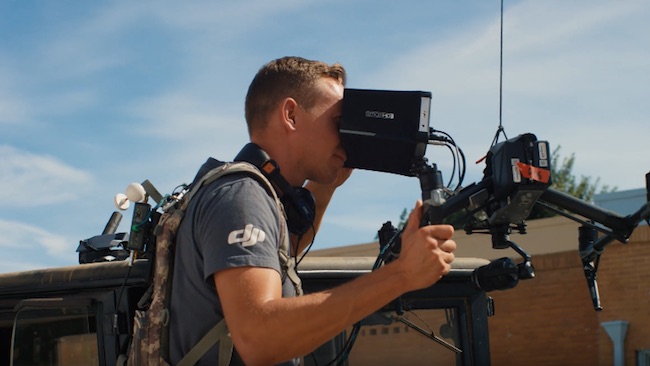 Have a look at the current DJI product line-up, and what talented artists can do with it on shorts like The Circle, and it’s not hard to imagine the company expanding into other areas of the industry.

With the announcement of the Inspire 2, DJI has certainly upped the game in the Ready-To-Fly drone market. In the flurry of promo videos though, there is one that certainly stands out. It is a short film called The Circle, produced by DJI, starring Ryan Phillipe and DP'd by Claudio Miranda (Life of Pi, The Curious Case of Benjamin Button), set during the depression era in the United States. And what makes this 13-minute short remarkable is that it was shot entirely by an Inspire 2 drone equipped with an X5S camera.

The result is pretty impressive, as well it should be, given the pedigree of everyone involved. However, this is by-the-by: the best equipment in the world won't make a film for you, or confer talent where there is none. But the fact that this entire short was shot with a drone and the result is not just good, but impressive, is a testament to the quality of the new equipment.

We will never know the real problems behind the scenes, though the making of... video below indicates that there was some pretty creative rigging going on to get the I2 to behave like a normal camera. But the potential for proper cinematography was shown: for example, flying in from altitude with a (well padded, crash helmet-wearing) camera op catching the aircraft and then continuing the camera shot seamlessly into a close up of the actors in one scene. This was much like the more complex — and always dramatic to watch — use of a Steadicam operator walking off a crane or wire rig. The shot isn't perfect, but this was pure experimentation. 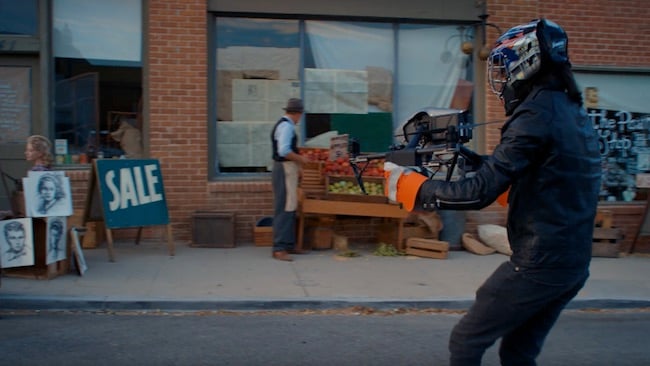 DJI has already started moving into other areas, such as with the development of its 2000 nit CrystalSky monitors. These are currently aimed at drone use, but given their impressive spec, will things really stop there? Could we be seeing a potential shift from the company from being simply a manufacturer of flying camera systems to one that wants to offer a full filming solution, aerial or otherwise? Could other people eventually (or even already) shoot a production effectively and usefully using only DJI camera systems?

Of form and function

I have written before about the reimagining of camera form factors. We tend to have a very traditional idea of what a camera should be and many people are very, very reluctant to entertain the idea of change. But DJI already has a fully stabilised micro four-thirds interchangeable lens camera system, with full RAW recording capability, in the form of the X5R – a camera I might add, that can already be mounted onto the Osmo handle for handheld work. In addition to this, the Osmo has its own remote follow focus system available, a handle-mounted focus, as well as a news reporter kit.

The big question here is whether it may be possible to use an Osmo with an X5R (or, more realistically, the forthcoming system with X4S and X5S compatibility) as a main camera? The system is hugely compact, fully stabilised and, with the newer cameras, would have a mechanical iris control, as well as a handle-mounted follow focus available for single operators. On the face of it, it looks like such a proposition is realistic.

This then throws up the question of whether DJI may well be purposefully moving forward as a company that can supply a full all-round filming solution, producing cameras that move seamlessly from flying around the set (and in the sky), to being mounted on a tripod. As long as you have easy and convenient control over all of the cameras functions and it is recording a great picture, what more could you want? Some may be dead set against the idea, but I can guarantee that there would be large numbers who would love such a system.

There is precedence for such a morphing of focus. Companies evolve and revolutionary products have a habit of redefining how people go about doing things, often in unintended ways, influencing the way that the company moves forward. The fact of the matter is that cameras as they stand (and their different bulky bits of support gear) all get in the way of mobility and speed of working.

The less awkward we can make a camera system and the easier we can make camera movement, the more creative we can be and the faster we can work.

If your camera head is already stabilised and mobile, then you have none of the old excuses of a bigger camera having momentum, offering a better handheld shot. Gimbals can also be tuned, so in advanced form could be programmed to give a traditional big camera handheld look. A company such as DJI, which is not burdened by a legacy of traditional ideas of what a camera should be, is well placed to turn things on their head.

Innovative technology can solve a multitude of problems and, from a left field company with no burden of archetype, could offer the sort of radical solution that nobody has yet considered.

Have a look at The Circle below, then have a look at — to our eyes — the even more-impressive making of... below that and see what you think.