IBC2013 - 4K? Raw? It's the biggest indicator since NAB about where this industry is headed 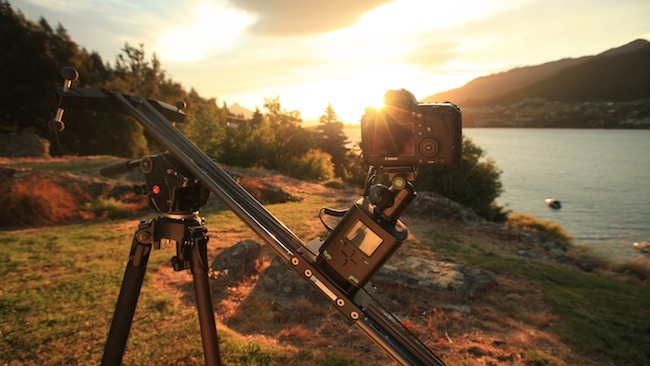 One of the main things to note about IBC2013 is that there is no over-arching theme. Yes there will be a lot of 4K around, yes there will be a lot of attention paid to the HEVC codec, and yes the cloud is everywhere, but those are technological themes that were already set at the start of the year. In other words, the suggestion is that this is an IBC of incremental change rather than one that is set to become a true game-changer.

It’s always slightly dangerous writing that, however. Two years ago the fevered speculation was that IBC2011 was to be dominated by stereo 3D, whereas in fact it was the second screen (now termed the companion screen in fashionable circles) that dominated the talk at the conference. And make no mistake, for all the concentration on the new and whizzy out on the showfloor, it is the conference that actually decides the future of the industry and where it’s heading.

This year all that talk seems to be about the companion screen again and how to make money out of broadcasting content once more in an IP-dominated and increasingly connected world. Watch out for people talking about Big Data and how they might collect and analyse viewer data to make more tailored personal engagement experiences for viewers.

Or watching telly as we used to call it....

Anyway, the showfloor. Having read nigh on 700 pre-show stories from the exhibitors heading out to the RAI, your correspondent has teased out four main themes and a handful of interesting products that are lurking just far enough outside of the mainstream to be worth bringing to your attention.

First, 4K capability is moving so far into the mainstream that it’s pretty much a given. Yes, there is still a degree of uncertainty about when exactly it will reach the home (by the Rio Olympics in 2016 seems to be where the current smart money is heading) but in terms of a production format it’s very much here already. The key thing to be worked out at IBC is how much it will cost and whether the ‘4K for free’ initiatives that we started to see at NAB will be continued and, indeed, expanded.

HEVC developments go hand in hand, and while there is not quite the same volume of products as you have with 4K, the adoption of the codec is rapid and impressive. Seeing as how it’s been out in the wild for a while now, it will be interesting to see if any progress has been made with its optimisation too.

IP production also looks like making a big impact, as exemplified by the likes of NOAH’s new IT-based live production system (see below). And Hall 7 might as well be renamed Cloud Hall, as the entire post production vendor community seems to be ensuring that its wares work in a suitably distributed way

Away from the core IBC market of broadcast paraphernalia perhaps, but Cisco’s new Freco videowall is worth a look. Demoed behind closed doors at least year’s show, this year the company claims that it has made a significant step on the way to making Ultra HD-capable unobtrusive, frameless and ambient displays out of tile arrays of inexpensive screens.
Stand: 8.G49

goHDR
Part of the Future Zone at IBC, goHDR has a free app that will let viewers watch a live High Dynamic Range video stream. They can also take away a showreel of HDR footage to examine at their pleasure, which has been produced using two DSLRS to produce imagery of approx 20 f-stops at 30fps.
Stand: 8.G49

The Future Zone
Actually, while we’re at it, spend some time looking round The Future Zone in general. Situated outside Hall 8, as well as the annual update on just where NHK is with 8K Super Hi-Vision (this year featuring live encoding thanks to HEVC and even a single-chip camcorder) it has some excellent new technology on display, including TVs kitted out with facial recognition software that personalise an EPG depending on who is in the room; a detailed examination of the advantages of higher framerates; automatic capture of scene data in 3D space; 360° sound and more.

Syrp – Genie
This Kiwi startup is a Kickstarter progeny and is effectively a cheap, sub $1000 system for combining motion control with time-lapse. It’s a small box that moves a camera along a slider under its own power using a simple rope attachment which can still pull up to 20kg along the track. In time-lapse mode it is even thoughtful enough to repeat a move-shot-move action, ensuring its is stable again before firing.
Stand: 11.A56

Datavideo – MS-3000
A 16-channel portable HD production unit basically which can turn any van into a OB unit or small space into a pre-configured studio in the space of a couple of minutes.
Stand: 7.D39

The Foundry – Flix
A web-based visual story development tool that the Foundry has developed commercially from an in-house tool used at Sony Pictures Imageworks, Flix allows creative collaborators to work together online in a single space. The two companies previously teamed to commercialise Katana in 2011 and the software has been used at Sony since since 2008 on more than 15 projects, so it has pedigree.
Stand: 7.B13

NOAH
Potentially rather significant, certainly significant enough to impress majority shareholder EVS, NOAH Broadcast Solutions has trailed its new eponymous product as being “the death of traditional video production switchers.” It’s a fully-IT based live production system that uses off the shelf GPUs to accomplish all the usual functions of hardware-based switchers and is thus happily extremely scalable. It supports up to 12 M/Es per module and if you want more, you simply add another module. Which is rather neat.
Stand: 11.G64

BTS – One for the historians
Finally out in the Outside Exhibits area, Germany’s BTS has parked a 1957 OB van originally built for Portugal’s RTP. Visit it and marvel that this is how the industry used to work...

For more interesting kit out at the show, keep an eye on Red Shark throughout the duration. Or, if you’re at the show itself, trot along to the free ‘What Caught My Eye’ sessions in the conference: industry experts trawl the halls so you don’t have to.