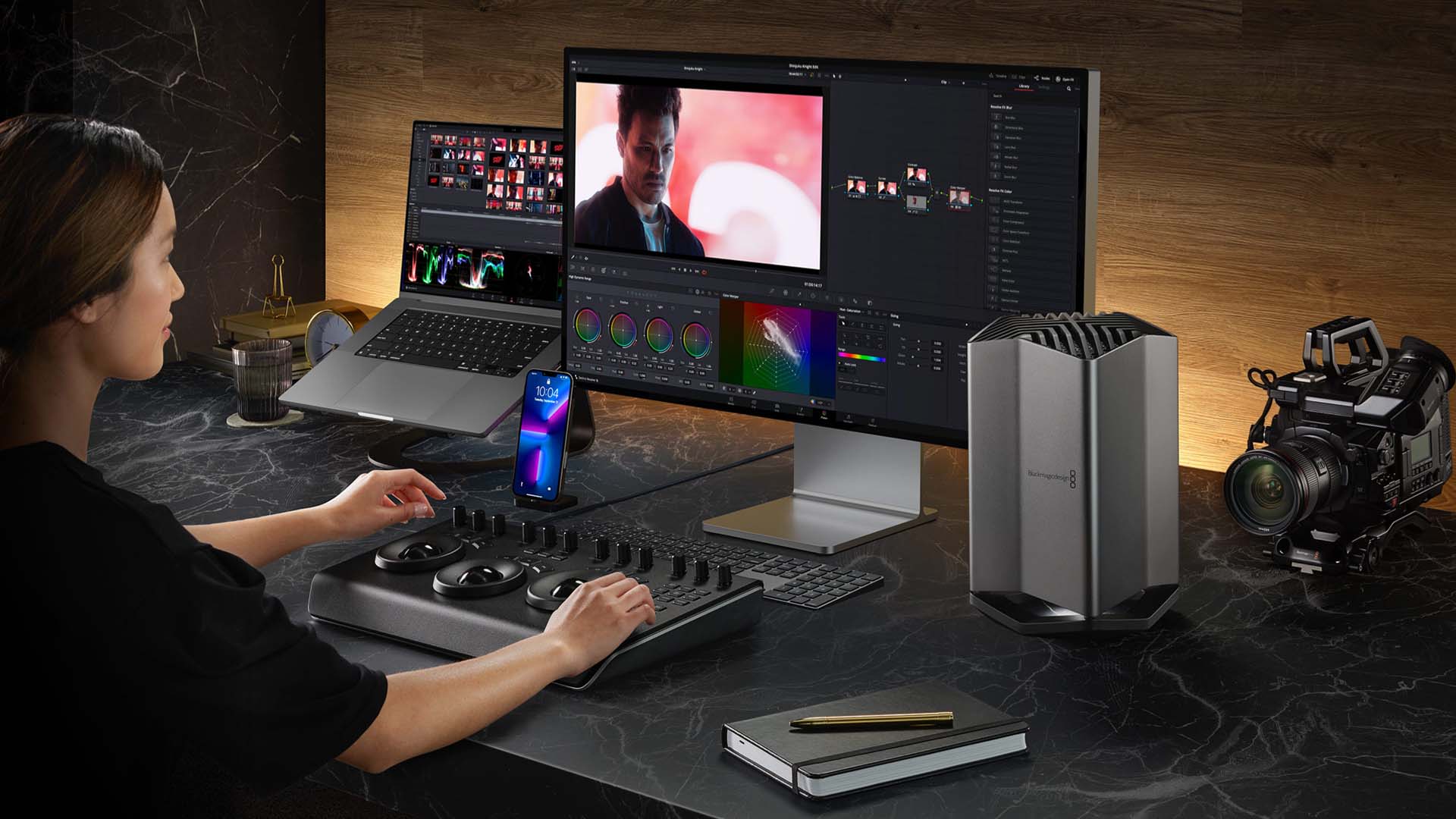 Along with the announcement of Resolve 18, Blackmagic Design also announced some significant new storage solutions.

For many years now, every time someone specifies a new storage system, that person has done a calculation to determine whether flash or spinning metal is a better option. So far, in an industry that’s equally interested in storing large things and storing them quickly, the result has almost always led to a back room full of whirring hard disk racks that pump out heat as if that’s their purpose and really need replacing after eighteen months.

That’s a status quo that Blackmagic is now gamely challenging with its Cloud Store series. The name might suggest an online service built on someone else’s commoditised servers, but this is Blackmagic, and Blackmagic is largely a hardware company, so what we actually discover is a networked storage device built around flash. Lots of flash. Now, Blackmagic is not a manufacturer of NAND flash chips, which is a massively complex and exacting task involving ten-figure facilities and a complex pre-existing supply and demand situation, so its involvement in this market is unlikely to fundamentally change the economies of solid state over spinning metal storage. Still, its involvement has led to commoditisation of certain desirable things in the past, which promises much here. 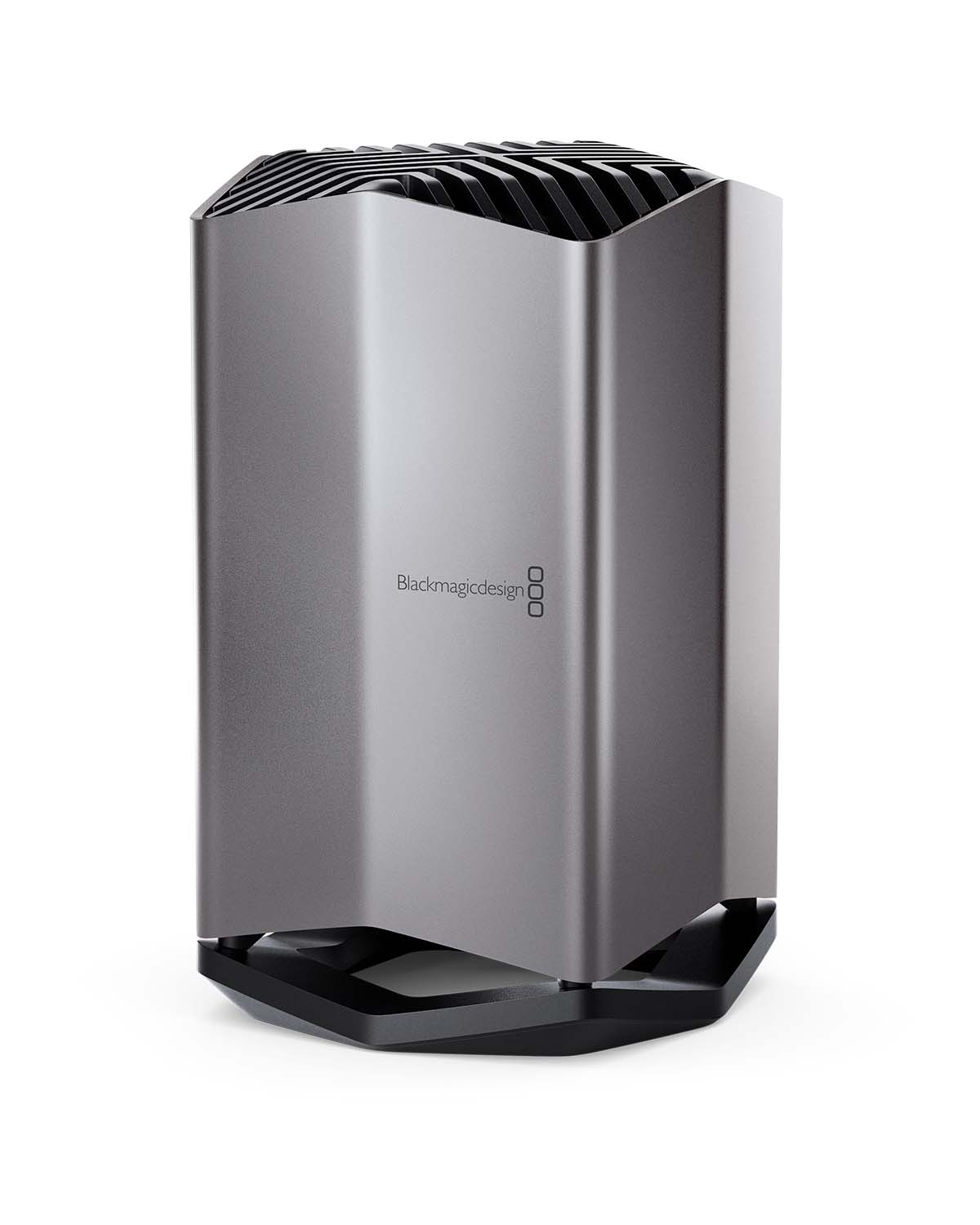 There are three devices in the new range, including the most capable, a tower simply called Cloud Store, starting at a hair under US$10k, with four 10G Ethernet ports, two 1G Ethernet ports, and USB-C connectivity for laptops lacking Ethernet. Capacity ranges from 20TB to 320TB in RAID-5’d M.2 disks and yes, that’s more than enough to saturate one of the 10G links, so it also supports link aggregation if you happen to have a four-port 10G card in your computer and a 1980s robot’s hunger for high speed data. The smaller desktop Cloud Store Mini, at $2995, has 8TB of storage (in four RAID-0 disks) and one each 1G and 10G ports, plus the Ethernet-over-USB-C. Finally, the same network technology is implemented in the Cloud Pod, a $395 device which allows users to connect any USB-C disk and operate it as networked storage. 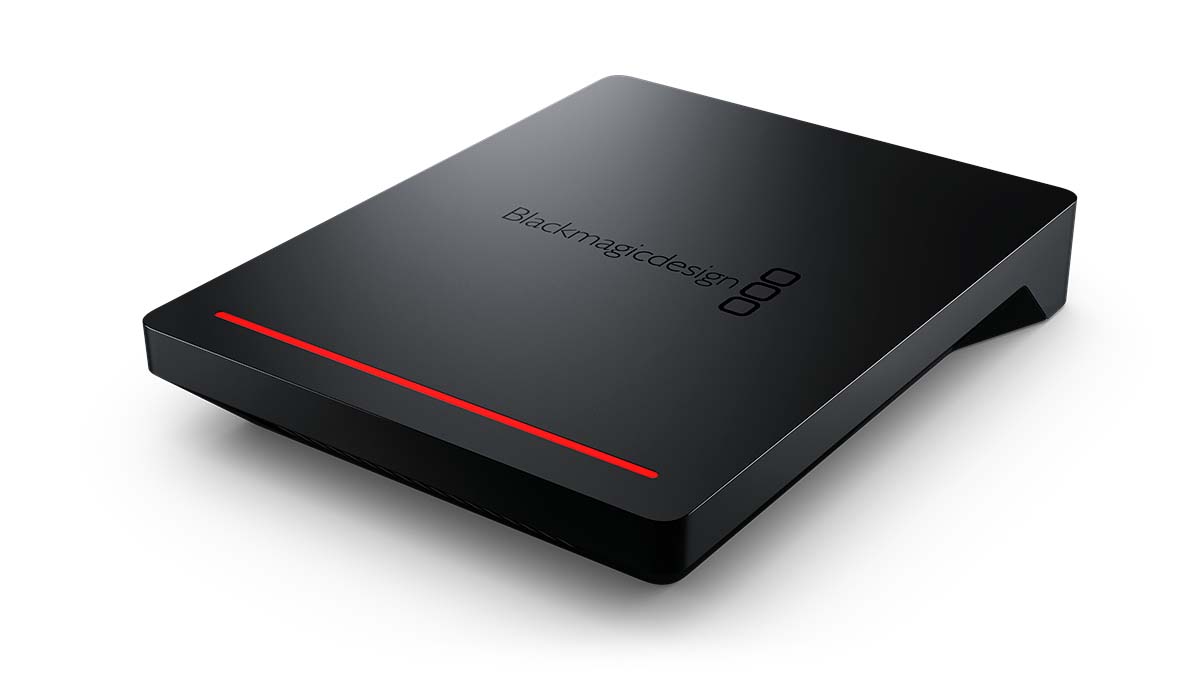 So, Blackmagic’s new devices adopt the word “cloud” in a private sense as opposed to the more general concept of moving data storage like this to someone else’s server. Sheer performance, given multiple M.2 disks, is naturally likely to be light years ahead of anything connected over even the most capable internet connection, and the company makes much of the fact that there are no subscription fees and none of the privacy concerns of putting heavily-NDA’d data on the cloud, where “the cloud” usually means “someone we don’t know’s server in place-we-don’t-know-where-it-is”. Not here, though there is some Dropbox integration to keep Blackmagic’s attractive new bit-bucket connected to the wider world if that’s a requirement.

Building this sort of thing out of flash also means that one’s networked storage device is quiet, comparatively frugal on power, and thus not a space heater and something that doesn’t make pronounced whirring sounds in the way that machine rooms traditionally do. OK, that link is a little unfair; 1U servers are forced to use tiny fans that are very noisy compared to the amount of air they move, but flash is probably always going to be quieter – and more portable in terms of both space and weight, making this potentially the DIT’s best friend.

This is far from the first all-flash networked storage device, to the extent that AFN is growing in recognition as an initialism for this sort of thing. Organisations like QNAP and Synology have been building somewhat analogous things into rack cases for a while, though the feature sets will inevitably differ somewhat. They’re certainly less sculptural, though one wonders if there is a way to build a Cloud Store into a 19-inch rack. Someone will want to; the situation might recall the original Mac Pro, which was inexplicably designed such that it would only go in a rack upright, or if it was introduced to a large saw.

In the end, there’s a limit to how much this can revolutionise the world in terms of the price-performance ratio of seriously upscale flash storage, because the underlying storage is a commodity. Still, if your particular use case demands the right combination of speed, space, style and portability, AFN and Blackmagic’s implementation of it in particular might suit very well, and the potential performance is… well…