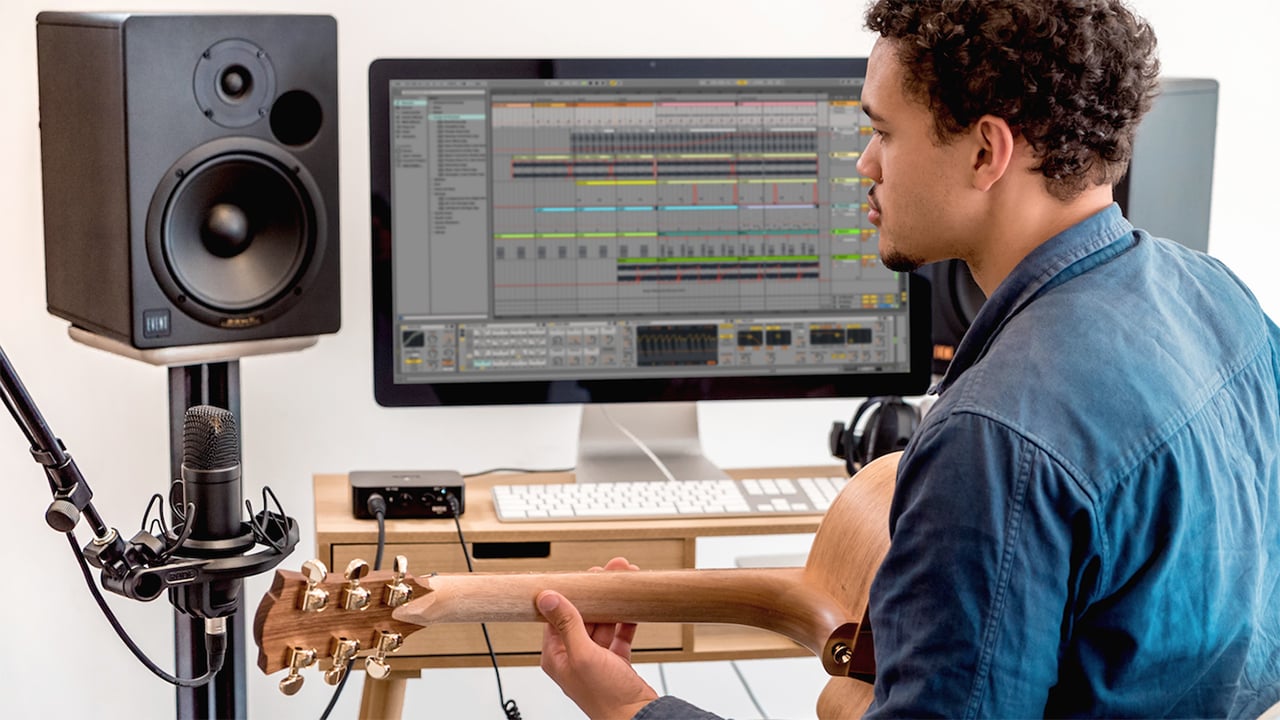 RØDE's first release looks idea for small studios and home setups who want studio quality without having to give up a side of their house!

RØDE is renowned for its high-quality microphones, including the shotgun mics most sound engineers and video shooters know all too well, but now the company has entered a new market segment: audio interfaces. The AI-1 USB Audio Interface is their first attempt at it.

This small box adds input and output capabilities to your computer and is positioned as a home recording device — a bit like the entry-level products from Apogee. The AI-1 has Neutrik combo jack input and features a discrete Class-A preamp. The term discrete refers to the AI-1 being built from individual transistors or vacuum tubes, while the Class-A moniker refers to a specific type of amplifier.

The AI-1 lets you connect either a microphone, guitar or a line level instrument, such as a synthesiser, but it lacks a MIDI port. The box comes on its own or as part of The Complete Studio Kit, in which case it comes with RØDE’s NT1 large diaphragm condenser microphone, SMR shock mount with pop shield, 20-foot XLR and USB C/A cables – no prices were given for either the AI-1 on its own or the Kit.

In its press release, Damien Wilson, CEO of RØDE Microphones, claims that the AI-1 offers pro-studio quality at a home studio price point and that it’s simply the best in its class. We would love to take him on and have a go at it, as RØDE is late to a party that’s been going on for some time now in a rather crowded market.

The AI-1 allows zero-latency playback by enabling the direct monitoring feature and playback via headphones/speakers. The AI-1 features 48V phantom power and is class compliant – meaning there is no need to install any drivers.

It’s a 24-bit device, supporting sample rates from 44.1 kHz to 96 kHz. The dynamic range is claimed to be 104dBu, while the Equivalent Input Noise is -128dB. Gain ranges from 0 to 45dB, which is on the low side. Frequency response is from 20Hz to 20kHz. The USB port is of the USB-C type and the USB connection supplies the unit’s power. The unit weighs about half a kilogram and is small at 124mm x 34mm.

The AI-1 retails for £299. In the meantime watch the promotional video below. Press release follows on the next page.

The AI-1 USB Audio Interface adds studio-quality input and output capabilities to your computer, making home recording easier than it has ever been. With its high quality NeutrikTM combo jack input and discrete Class-A preamp, you’ll be able to connect either a microphone, guitar or a line level instrument, such as a synthesizer.

Damien Wilson, CEO of RØDE Microphones added, “The AI-1 offers pro-studio quality at a home studio price point. It’s simply the best in its class – and it’s also incredibly easy to use, thanks to thoughtful design and Australian Made quality. The perfect companion to any RØDE microphone.”

The AI-1 allows zero-latency playback by enabling the direct monitoring feature and playback via headphones/speakers with the high quality discrete headphone amplifier. To ensure the AI-1 is truly versatile it features 48V Phantom Power and is class compliant – so there is no need to install any drivers.

For a limited time only, every sale of the AI-1 comes with a FREE version the recording software Ableton Live Lite, redeemable at www.rode.com/ableton.