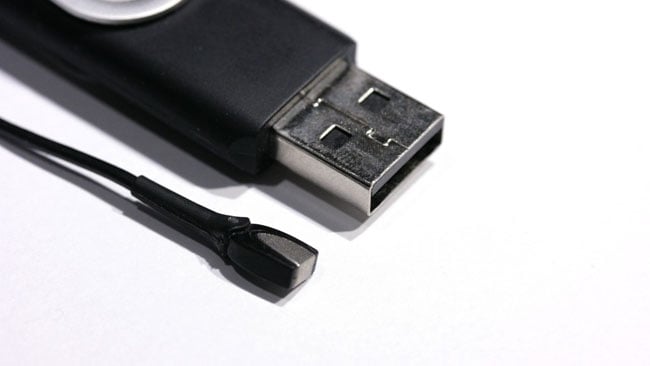 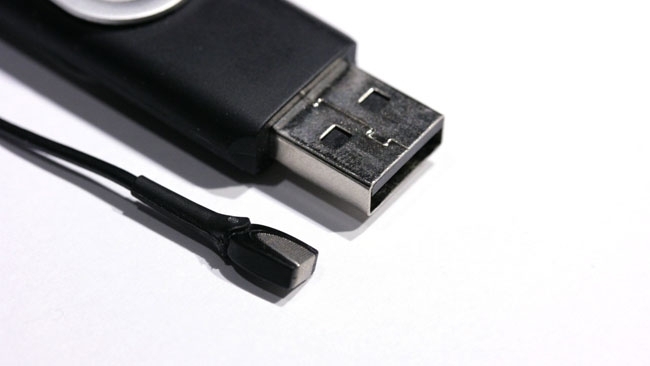 The DPA d:screet Slim - dwarfed by a standard USB connector

DPA’s latest addition to its d:screet range, the Slim series, is a mere 10mm long, 3mm thick and as unobtrusive as they come, but still delivers excellent audio.

DPA stands for Danish Professional Audio, and it's an organisation that's existed since the early 90s. The company's roots, though, go back further via its founders, who were both former employees of electronics company Brüel & Kjær which has existed since 1942. Headquartered in Nærum, Denmark, DPA's products have long since established an enviable position at the high end.

The company's reputation as a provider of small, lightweight and unobtrusive microphones has made them popular among people working on live shows and musical performances, where they can quite often be seen attached to musical instruments – at least if we have a large-screen, high-definition TV, lean in, and squint, because the company's range of very small microphones is one of its most famous. In film and television, with productions increasingly relying on highly-mobile field production in diverse locations it can be difficult or impossible to get a full-sized microphone close enough, and it's this need that DPA is clearly addressing with its recent d:screet Slim series.

Even smaller than the extant d:screet range, the new mics are under 10mm in their longest axis, and not even 3mm thick. While they're available in the usual selection of colours (black, white, and two varying skin tones), the reduced size and dedicated buttonhole mount clearly speaks to a desire to keep things completely out of sight, as is required in situations where even the hint of a visible microphone is to be avoided. The arrangement is convenient, with a flexible strain relief and the cable exiting at ninety degrees to the buttonhole-compatible sound inlet for maximum convenience; the concealer is otherwise similar to the recently-redesigned clip intended for familiar 4060-series capsules.

Handy as all this is, the convenience is nothing without the sound quality. One would not expect a company of DPA's reputation to put up with any compromise in this regard and is hasn’t; the d:screen Slim range uses the same underlying technology as the existing 4060 and its siblings.

While a very close-mic'd subject will inevitably sound heavier in the bass than most people will want to broadcast, this isn't a device-specific issue. No omni-directional microphone is ever really quite perfectly omni-directional, of course, but the dropoff at any angle is small and in the most common circumstances of very close body-worn applications the variation will be negligible.

Speaking of proximity, there are two sensitivity options: the 60 suffix is the high sensitivity and the 61 is the low, as with DPA's existing d:screet series. This is intended to help match the d:screet range to more or less sensitive downstream equipment, and the microphones are otherwise acoustically identical. Ultimately, there was once a time where body-worn microphones were so inferior to a shotgun on a pole that even a bad shotgun recording was probably preferable. We left those days behind some time ago, of course, but we don't want to return to them in the pursuit of concealability. DPA doesn't force that compromise on us, which is really the point.

The mics continue the use of microdot connectors, although in the past the company has shown a willingness to fit others as required. In XLR applications there is therefore a need for both an adaptor and power supply to satisfy the electret mic's internal amplifier. DPA supplies a huge range of these – for review, the DAD6001-BC was supplied, which integrates the power supply into the back of an XLR, with the microdot female at the back of the strain-relief boot. The company caution that this device is suitable only for their microphones, but overall it represents just about the most compact way of adapting a small connector to a much, much bulkier one. There's a belt clip, too, to ensure the weight of the XLR and any attached cable is kept off the mic – a welcome piece of attention to detail.

Overall, the d:screet Slim mics are visibly a refinement of previous ideas, and a direct reaction to the probably-insatiable appetite of film and television sound recordists for ways to put a microphone close to the talent but keep it well out of sight. Most places seem to sell the existing mic for a little more than £220, although the adaptors from microdot to XLR are generally around £65. This means there's barely a price premium for the slim version, and the buttonhole tube is included (though the transparent clip attachment isn't).

DPA's reputation for quality is upheld, then, and the attention to detail with the recent clip redesign and the buttonhole tube attachment is very welcome.