The best USB audio interface in the world? The PrismSound Titan 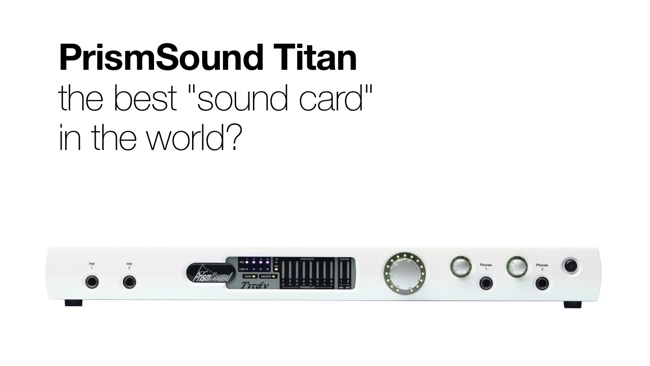 If you need to record or digitise sound professionally, you need a high quality analogue to digital converter. We test the PrismSound Titan - a high-performing, high-end USB audio interface

A/D converters are everywhere. Most of the time we don’t even think about them. You use one when you make a phone call. Does the quality matter? Not much: in absolute terms phone calls sound pretty terrible anyway. There’s one in your computer for when you use Skype. And video A/D converters sit behind every single camera sensor. Otherwise, we couldn't process or store the video digitally.

When you digitise something - anything - you will forever leave an “imprint” of the analogue to digital converter on the digital media that you make. You can’t escape this. There’s no way round it. All you can do is choose a converter that leaves the smallest signature possible, and that means choosing the best.

It’s often the quality of its sensor that is deemed to have the biggest effect on the look of a camera, and that is largely true, but it’s also the quality and the resolution of the analogue to digital converter that will determine the ultimate quality of the device.

Similarly, you do, of course, have to use the best possible microphones if you want to make a great audio recording, but if the characteristics of your analogue to digital converter aren’t up to scratch, then you’re doing the equivalent of looking at fine art through a beer glass.

It’s tempting to say that everything is digital these days, so why would it be that we even need analogue to digital converters? But there’s an all-embracing answer to this, which is that we (that’s us - people) are analogue. Apart from our DNA, which is arguably a digital code, we are analogue beings in an analogue universe. We make analogue sounds and we perceive them analogue-ly, if that’s a word.

It’s important to preserve the audio in vintage recordings, but it’s essential to keep the essence of the media as well. Even though it’s tempting to use software to remove noise, this should be done after the master archive has been made as a separately stored copy: it’s an irreversible process and it does throw away information, even though it might not be obvious that it is doing so.

Finally, when if you spend a lot of time building up a collection of great microphones, amplifiers and even mixing desks, these all have their analogue “sound”, and you would, of course, want to preserve these unique signatures. Only top-end converters can do this.

It’s a bit like the argument that to archive film digitally, you have to not only capture the image, but the film medium and the grain too.

Good analogue to digital converters are better than they have ever been, and it’s easier to connect them to a computer as well. USB is a very sophisticated interface (despite, surprisingly, being used mostly these days as a power supply for charging phones!) and replaces the need to have dedicated digital audio interface cards.

The PrismSound Titan is a top-end USB audio interface that’s designed to get audio in and out of your computer at the very highest quality. It’s not what most people would consider to be cheap, but when you consider the essential role it plays in digitising high quality audio, it’s not a high price to pay for anyone who would use it professionally.

The device comes in a full-width 1U rack and has a useful selection of inputs and outputs, balanced and unbalanced. A nice touch is that four of the input channels have selectable mic pre-amps, and any two of them can have high impedance, unbalanced instrument input jacks.

The unit itself is nicely made, with a small number of controls on the front and the majority of the I/O on the back. It’s well finished and looks every inch a professional device.

The converters are 24 bit throughout and support sample rates up to 192 kHz.

Intriguingly, Titan also comes with an expansion slot (Prism Sound MDIO) which will allow for “future host interface formats” to be incorporated.

It comes with software for Windows and OS X, and also has low latency monitoring for live use in a studio. If you want to use the Titan as if it’s a very high quality sound card, that’s fine, but there’s a lot more.

Once the software is installed, you can set up the unit from a USB-connected computer. 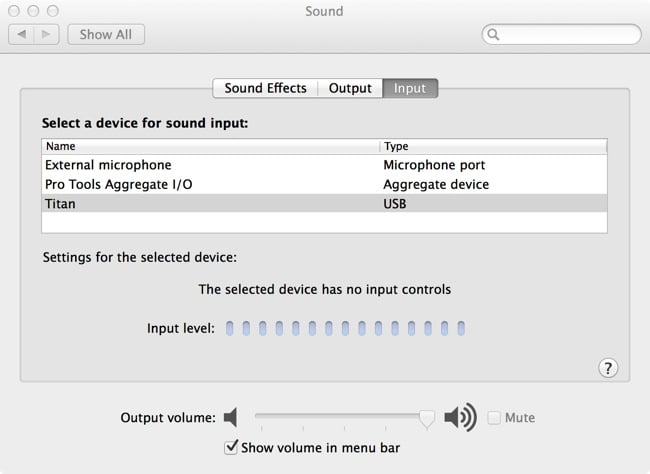 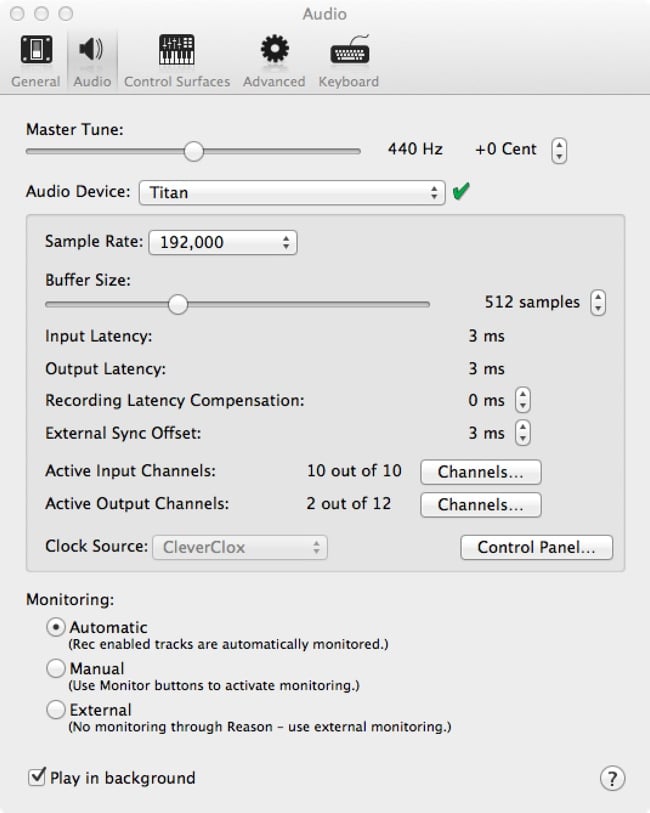 What you may not know about Prism Sound is that it is run by some of the most knowledgeable people in the business. I haven’t seen them for a while but I know the founders Graham Boswell and Ian Dennis and they understand digital audio in the same way that a particle physicist knows what a table is made of. Suffice to say, they know how to tweak things at a very low level.

So it’s not surprising that the basics are very well taken care of. First, there’s clocking. With A/D converters, if a clock isn’t accurate, or if it has jitter, then the quality will suffer. Not only that, but if, as is usually the case, other equipment is running to the converter’s clock, any imperfections will propagate down the chain and affect everything else. So the clock in the Titan is very good indeed.

It doesn’t matter how good your converter is if you keep running into peak levels, so the Titan has a built in limiter called Overkiller, which is “an instantaneous progressive limiter which protects against converter overload by a margin of up to 10dB, gently absorbing transients and allowing recording levels to be raised without risk”. This means that you don’t have to worry about peaks and transients trashing your live recording. I’ve worked with early DAT machines, and I can confirm that this is a very good thing!

All the analogue input channels have switchable high-pass “impact filters” which roll off below 80Hz, and there’s an RIAA filter switchable on channels 1 and 2 for use with phono cartridges, in case you want to record from vinyl.

There are digital inputs and outputs, both of which have an extremely high quality sample rate converter.

There’s a flexible routing matrix built in as well as a digital mixer. According to the manual, the digital mixing is as precise and sophisticated as in a professional mixing console.

Well, you would think it would be easy to say, but it’s really not, for the best of reasons. The thing is that it sounds completely clear and transparent. It has no discernable effect on the sound at all. You’d probably need to spend ten times the price of the Titan for equipment to test the exact specifications. All I can say, as a typical user, is that it’s an extremely high quality device that I would absolutely want to have as a key part of my infrastructure if my job was to digitise precious analogue audio assets, or to make high quality digital recordings of live performances.