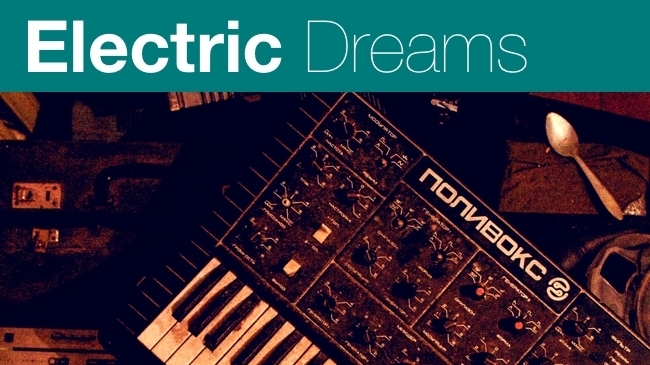 For example, there's nothing more satisfying (or more complex, for that matter) than the sound of a wet teabag thrown into an empty metal wastepaper bin. Don't believe me? Try it. It's not as if you need a budget for it. It's sort of: "Pthhhsplogfdgghethnk!", although your mileage may vary, and it definitely doesn't work with those new-age infusion teas. I find Earl Grey is best.

When I was about eight, and living not far from London, my Dad brought me a miniature tape recorder that he'd found in America. It was almost the visual definition of 1960s technology, with tiny reels of tape that we so miss from today's file-based recorders. Curiously, it had a speed control, which, in a rather prosaic way, varied the speed of the electric motor.  But it was perfect for some basic "special" effects.

No risk to life

And the fact that it was battery-powered meant that that you could mess around with its innards with no risk at all to life. That's when I discovered that by running my fingers over its circuit boards I could make a huge spectrum of rebarbative noises by sending it into various modes of oscillation. The more this annoyed other people, the greater my inner satisfaction.

I've never really grown out of this and I see Dubstep modulated basslines ("WOP, WOP!") as merely recycling my efforts as an eight year old.

The practice of mistreating otherwise respectable-looking audio equipment for the purpose of making abrasive music is actually quite widespread, and is called "Circuit Bending". As long as it's never done with anything connected to the mains, its far safer than mind-altering drugs, and, in moderation, is only likely to permanently damage your hearing if you do a lot of it though very large speaker systems.

The decaying shadow of the Soviet Union

Electro Moskva is a film about making music with found items in the decaying shadow of the Soviet Union. The USSR had form in this: Leon Theremin invented the world's first electronic instrument, as, indeed, he was destined to do, having been born with a surname that  sounded like a futuristic electronic warbling device.

The film, by Dominik Spritzendorfer and Elena Tikhonova takes in the vast scale of the "resources" left by the agencies of the former communist state, many of which have been adapted and coaxed back into life as graunchy, grungy audio paintbrushes.

If you like vintage stuff with a sci-fi flavour, you'll probably love this film.

Here's a trailer, and it's now available on Google Play (I haven't given a link because the exact url will depend on your location)