Arri Alexa vs phone: You know which will win, but this video shows by how much

This video shows in pretty stark terms how good a camera can be, even if it is much lower resolution than the one it is being compared with. But there’s more. 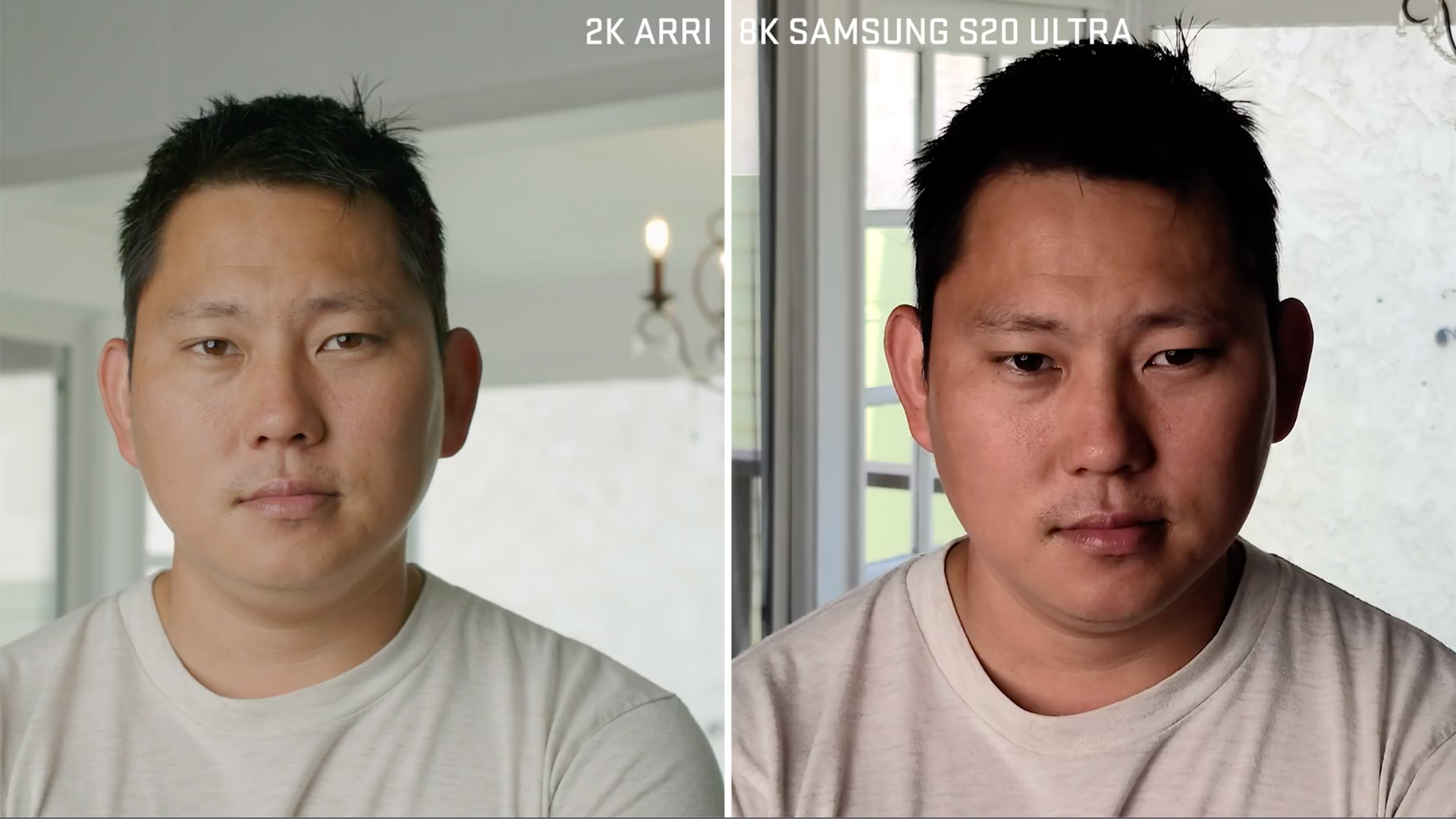 An ALEXA vs a smartphone isn't a fair contest. This video shows precisely why. Image: Potato Jet.

This isn’t a rant about how having extra resolution isn’t needed. Higher resolutions are always welcome since there are many tangible advantages to it. However the video below shows us just how much more pleasing an old camera that does video well looks compared to a modern 8K capable smartphone, all thanks to Potato Jet.

It should come as no surprise that the camera the smartphone is being compared to is an Arri Alexa. In this case the classic model. Not only is the detail more pleasing to the eye compared to the phone, but it is clear to see how the dynamic range and colours are handled, particularly skin tones.

Now I can hear you all saying “Yes, but comparing an ALEXA to a phone was always going to be a one sided contest.” This much is true, sort of. What this video demonstrates is that even as smartphones evolve to produce higher and higher quality imagery, there is still a long way to go compared to larger sensors and processing that have been dedicated to filmmaking.

In fact the video is as close to a side-by-side demonstration of how an ‘emotionally’ good picture compares to an ‘electronically’ good one. But it doesn’t end there. In one segment both cameras are recording in HD, so the smartphone no longer has the advantage of all that resolution. It is here that the story becomes really telling.

Detail on the smartphone is coarse, no doubt due to all the digital detail enhancement that goes on in such devices. This is an area in which a lot of small cameras fall down in. Smartphones are some of the worst offenders because these things can't be dialled down or turned off. Manufacturers will often default them higher because customers who don't know any better assume that the image is 'soft' if they don't. It's the same reason why your local TV salesman ramps up similar functions on the shop display models.

This really does show us how good HD can be, and just how much better it is on a camera like the ALEXA Classic, despite its age. Everything from the detail reproduction to the colour depth. Yes, yes, I know, this should all be obvious, but rarely has it been so clearly demonstrated, and it's all visible even with YouTube compression.