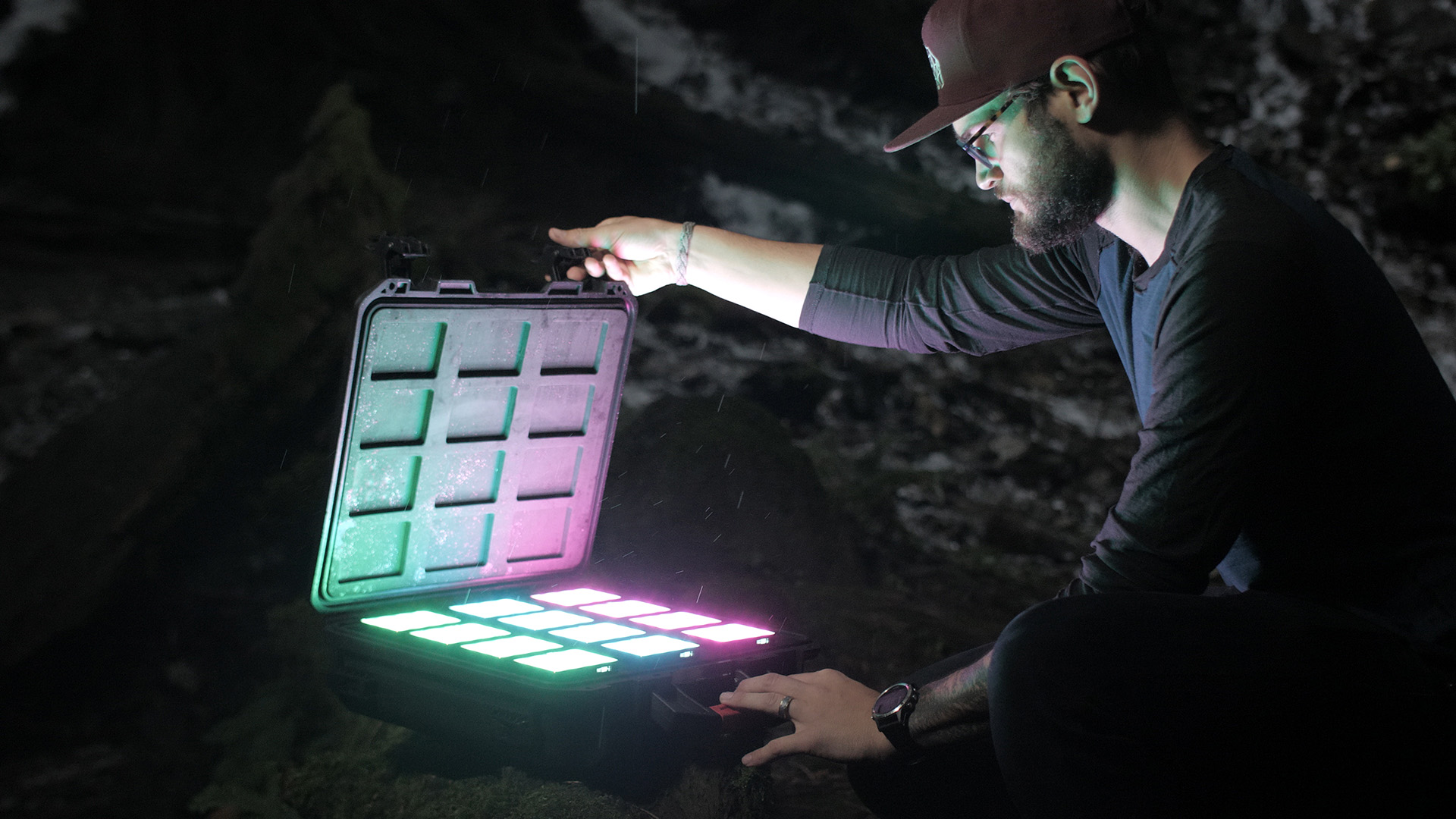 Aputure's new lighting kit makes a large light out of many smaller ones. Enter the MC-12 multi-light kit!

One of the more enticing things to do with small lights this small is to use them in large numbers, and Aputure seem keen to facilitate that (“Use our product in large numbers? That would be fine!”) with the MC-12 multi-light kit, which we’ll hope to look at in person soon.

It was formally announced late last week but, like the company’s upcoming RGB panel light, it’s been much-previewed and widely anticipated, if only because slapping a whole row of small lights onto a magnetic surface is a pretty valid way of creating a big light. The idea is that the case acts as both an enclosure and a charger, so it’s easy to carry and quick to rig. There are to be four- and twelve-light versions.

The challenge with LED lighting at the moment is that a lot of the low-hanging fruit has been picked. Manufacturers are working hard to find something new and useful to do with the technology, and so we’ve got big lights, small lights, curved lights, lights you can roll up and put in your pocket, lights that create hard or soft sources and change colour, and more.

Aputure’s AL-MC, which we looked at in its solo form a while ago , is one of a few pocket-sized lights around the size of a pack of playing cards. It’s less common to find full colour mixing in a package that small, though, and wireless charging is more usually found on cellphones. 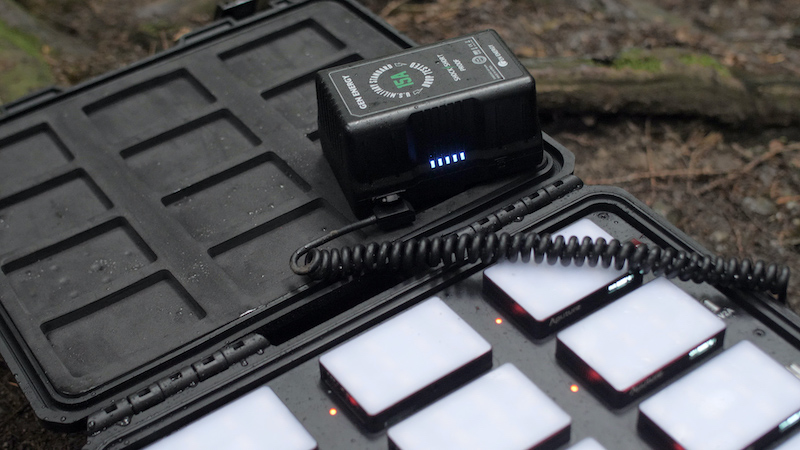 Making lots of lights do something useful requires a proper control system. Radio control is nothing special these days – it’s a single inexpensive microchip and a bit of software – but Aputure’s mesh network does seem to involve some genuinely new engineering. The term “mesh” implies that it can potentially use every device on the network as a sort of repeater, so that if there’s any way to get data from the user to any device via a series of hops between closer-spaced devices, it’ll figure that out. Aputure are an early adopter of the technique and the usefulness of the MC-12 kit, will rely on this working well.

As to the lights themselves, refer to the AL-MC review. There are industry-wide concerns about standardisation in full colour mixing, and it’s unlikely that matching hue and saturation numbers will produce a match between different brands. That’s something no one company can really solve; a standards process is underway to at least some extent. Also, bear in mind that full colour mixing lights will not be as powerful as white-only devices. Nonetheless, as an individual unit, the MC is surprisingly good. It’s certainly not bargain-basement phosphor technology, with respectable punch for its size and weight, and a whole wall of them will be an interesting thing to behold.

Prices shown online from the usual suppliers seem to hover around £1500 for the 12-light version and, appropriately, a third of that for the four-light version. Given the lights themselves are around £90 each the premium for the case-charger combo doesn’t seem unreasonable.